The Magic Twig (on the Absurdities of Bicycle Photography) 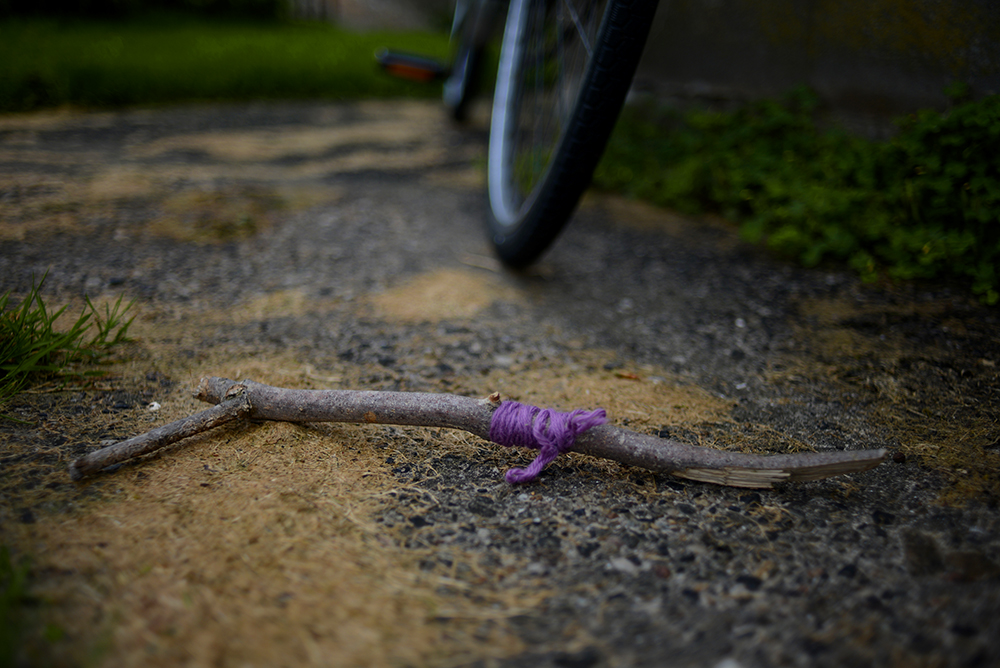 Although I tend to avoid those types of shots in general, every now and again I post a photo of a bicycle that appears to be free-standing, posed in the middle of a field or some such, without a kickstand or anything else to prop it up. Inevitably someone asks how I achieve this magical feat. Well. Naturally, I use a magical twig! The technique is hardly unique to me, and in fact I recall seeing this so-called trade secret revealed on at least a couple of other "bike photographer" websites, which I cannot seem to find now. Basically, you prop the bicycle up with a stick against the bottom bracket. Then photograph from the drivetrain side, and later photoshop the stick out. Here is one example of a photo taken in this manner. And here is another. 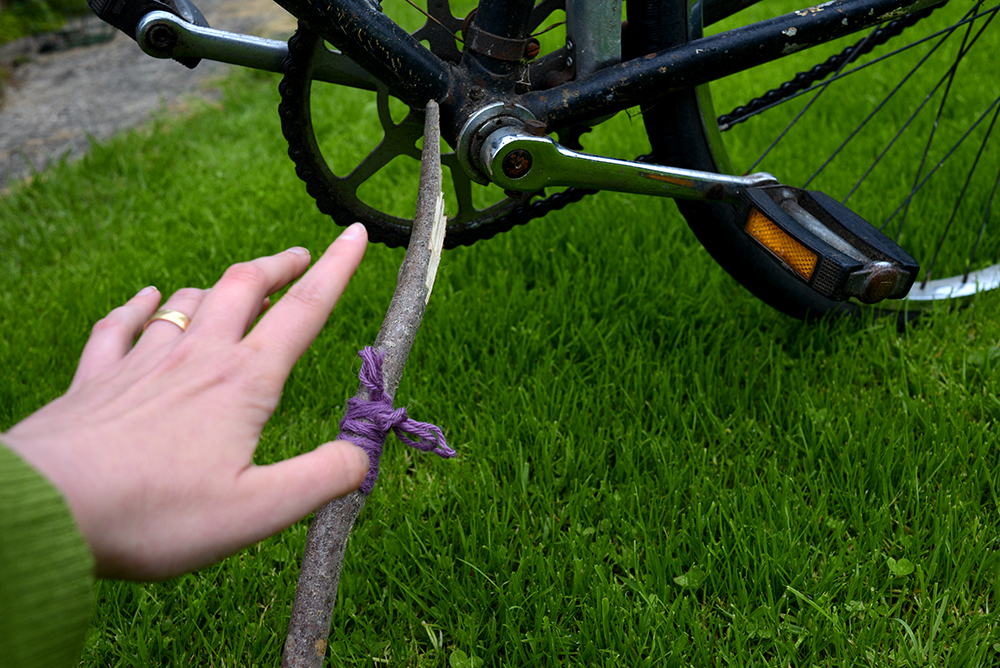 Lest I appear blasé about this technique, allow me to assure you that it did not come to me easily. In fact it was only this past year that I really understood the principle of it properly.

The trick is to start off by letting the bike start falling toward you, and determine which way it "wants" to fall. Then prop the stick so that it pushes against the bike in the exact opposite direction. 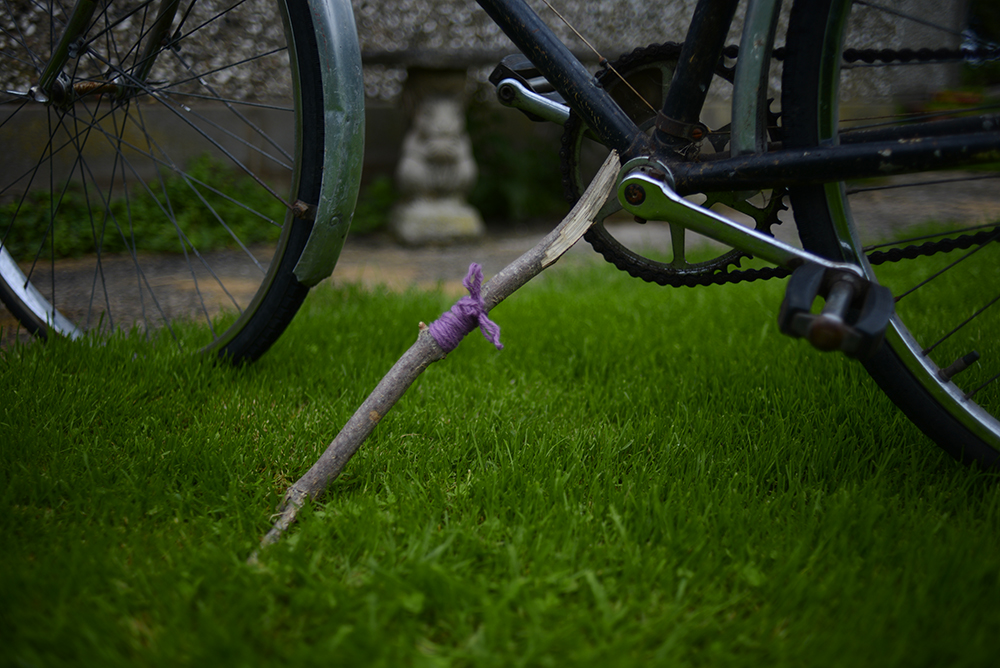 Surprisingly little contact between stick and bike is needed to achieve an equilibrium. 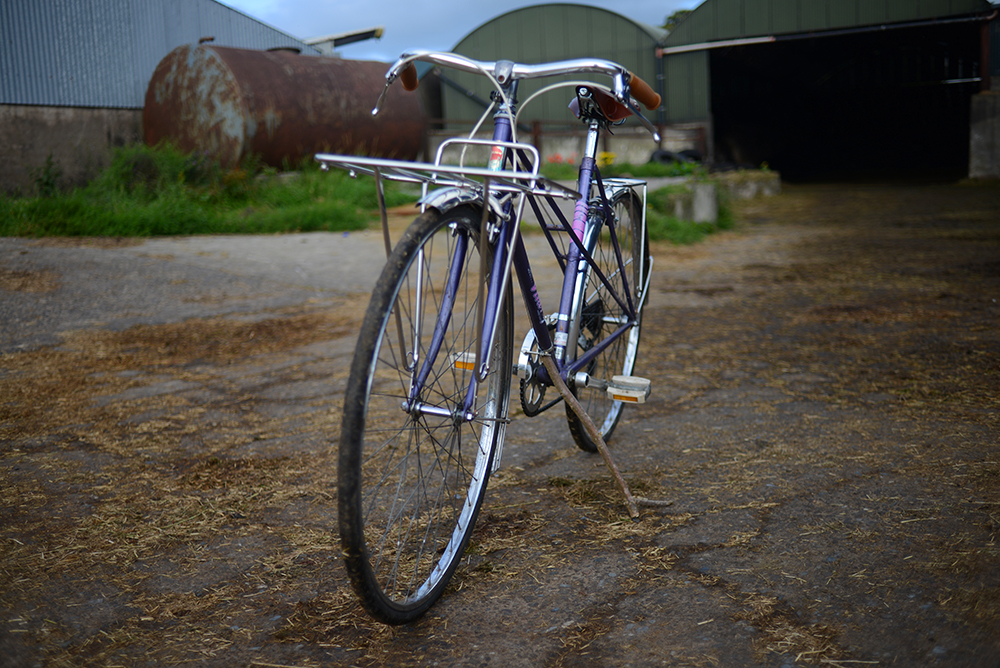 And if you do this right, the free-standing bike is very stable; you can photograph away without worrying about it falling. 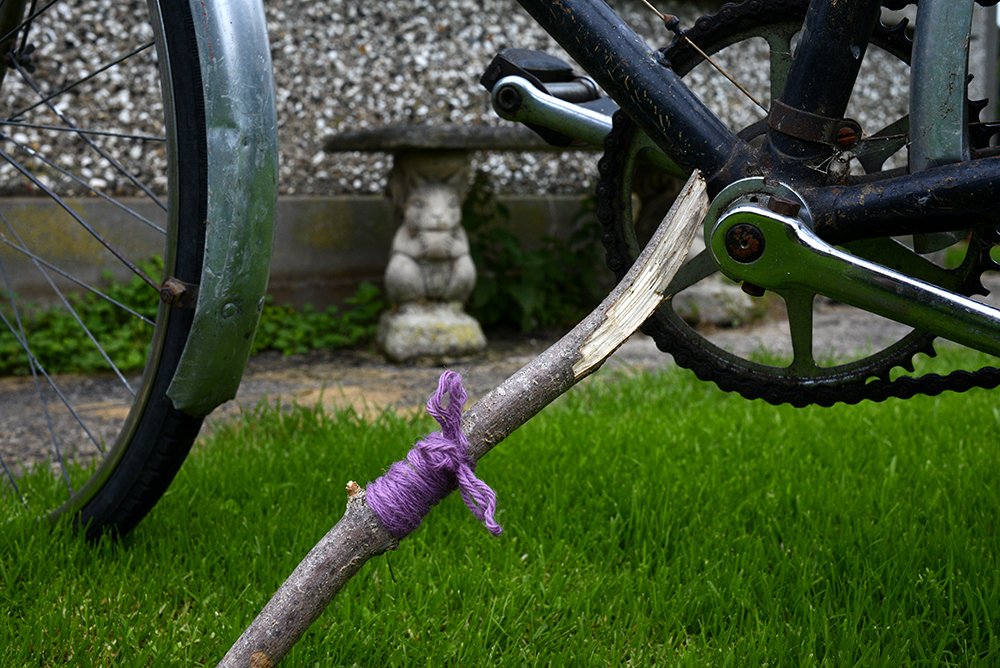 To do this trick you should be able to use any decent twig strewn about your surroundings. Of course I've gone and grown attached to a specific one, which is now my dedicated Magical Twig for bicycle photography. It's nearly as absurd as the idea of posing a bicycle for pictures in the first place, or that "bicycle photography" exists as a genre at all for that matter. 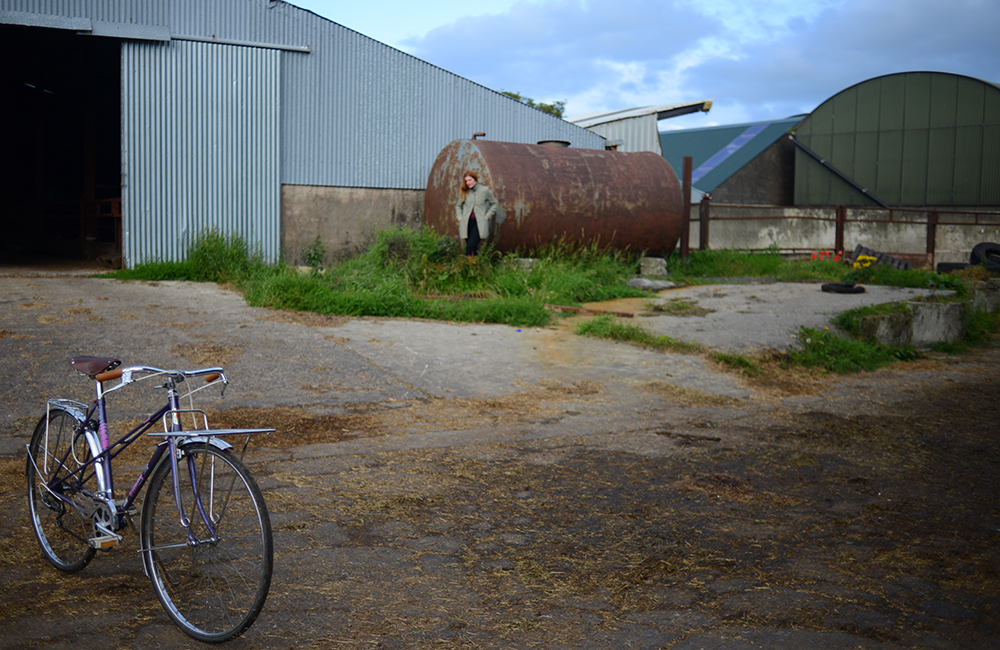 But exist it does, and many of us love it without even truly knowing why. Of course in the context of product photography snapping pictures of bikes, components and accessories makes sense. But only a mall portion of my own bike shots are taken for this purpose. Oftentimes it's not even about showing the bicycle per se, but more like registering its presence.

There are those who enjoy taking self-portraits with their bicycles. There are those who like to take snaps of interesting bikes they see on the street. And there are those who like to document their bike "visiting" places and landmarks. I once looked at an entire album of photos from a friend's trip to France and Switzerland, to realise there was not a single landscape shot that did not feature her bicycle lurking somewhere in the frame. In each shot it was placed seemingly nonchalantly, as if part of the scenery, with an almost deliberate avoidance of focusing on its make, form, and build details. She was not trying to show off her bike, or even to take bicycle portraits. Rather, it seemed she wanted to capture the feeling, or idea, of having had the bicycle there with her (as a companion?), of the bicycle having been an integral part of the trip.

There are loads of stylistic trends and self-imposed rules when it comes to photographing bicycles - from using the highest aperture your lens can manage, to meticulously avoiding distortions in perspective, to lining up the cranks and handlebars just so for that "perfect" industry-quality shot. But following these rules and trends can make for a photo that is generic and sterile. The cool thing about bicycle photography, is that it isn't really a defined genre, and therefore has no real rules. It can be as personal and wacky as we want it to be. White garage door - or magical twig - optional.
Labels: photography