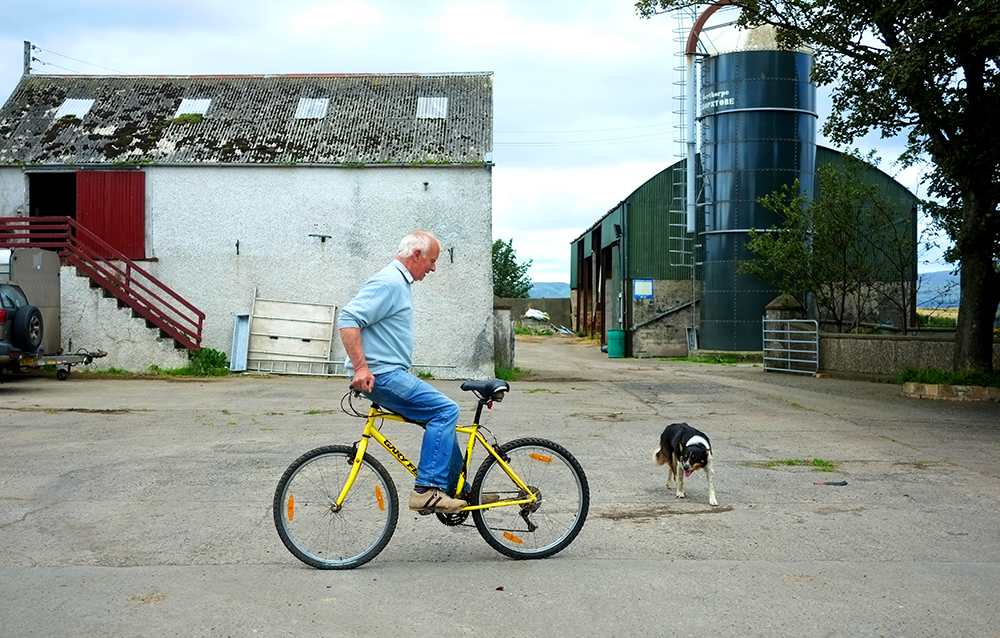 One day not so long after having moved into the house we currently live in, I was sitting in the front porch, writing, when out of the corner of my eye I noticed the figure of my neighbour Thomas - the owner of the farm next door - circling the yard on a bicycle. Now, to see another person cycling through the farm was in itself unusual. But even aside from this, something about the way he moved through space was sufficiently dissonant to yank me out of my own little world and force me to have a proper look at what was happening. Seated on his bicycle's handlebars in a bolt-upright position, the sexagenarian gentleman was pedaling backwards - cruising around the yard in this manner with an air of utter nonchalance. 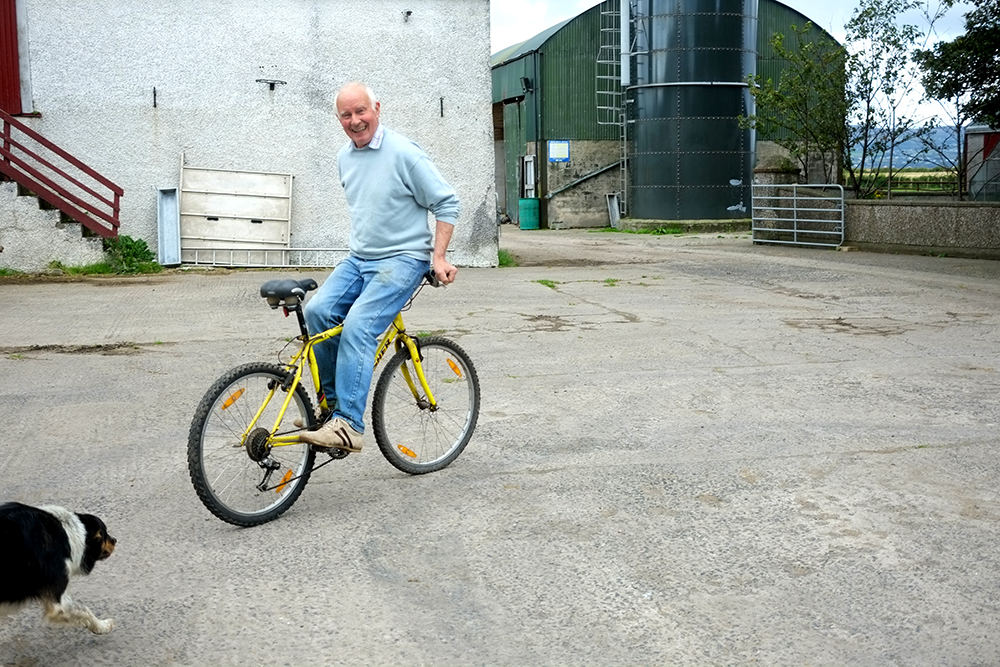 I had seen this trick performed a few times before - usually, on a BMX or fixed gear bike and quite briefly, the very point being that it is a trick, a performance - and not a sustainable style of riding. Thomas, on the other hand, can cycle backwards in a way that makes it appear utterly normal and natural - as if he could easily, if so desired, ride an entire brevet in this fashion. Over time, I would learn he can do this for seemingly endless amounts of time and practically on any bike - be it a modern racing bike or a vintage lady's roadster. 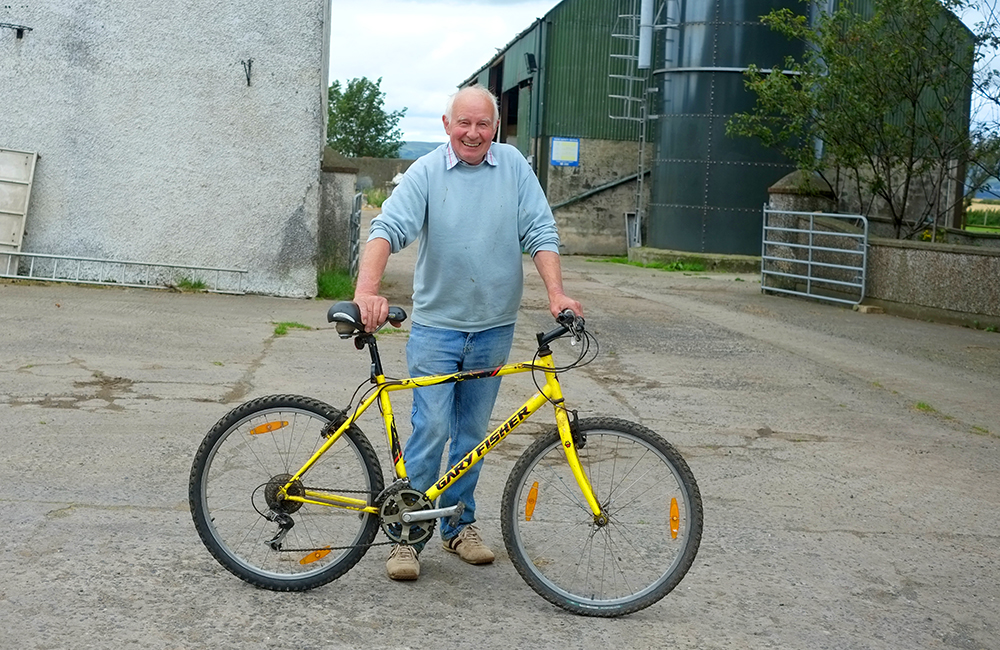 On the latest occasion, he was riding a bright yellow '90s mountain bike, which had once belonged to his son. Having my camera handy, I asked whether I could take some snaps and Thomas agreed.

"Aye you might as well. It'll be nice to have a keepsake. Who knows how much longer I'll be able to do this."

"Aw come on!" I said, surprised by this morbid turn of thought. "You'll be able to do this for decades still I'm sure."

"Well, you see. Physically I'm able. But as you get older, the confidence goes. And confidence is everything."

Elaborating on this, Thomas explained that the mad skillz I was witnessing were actually a diminished version of what he was once capable of. For instance, as a teenager he could pedal backwards while carting around his sisters as passengers, but is no longer confident enough in his balance to do this.

"Any crashes or accidents?" I asked imagining all this.

"Oh nothing too bad... although come to think of it, I did come off pretty badly one time. Punctured an artery on my back!"

"Punctured an artery?!" The words had been said in such a nostalgic, lighthearted tone, I thought that perhaps I misheard.

What can I say. The people here are hardier than yours truly. 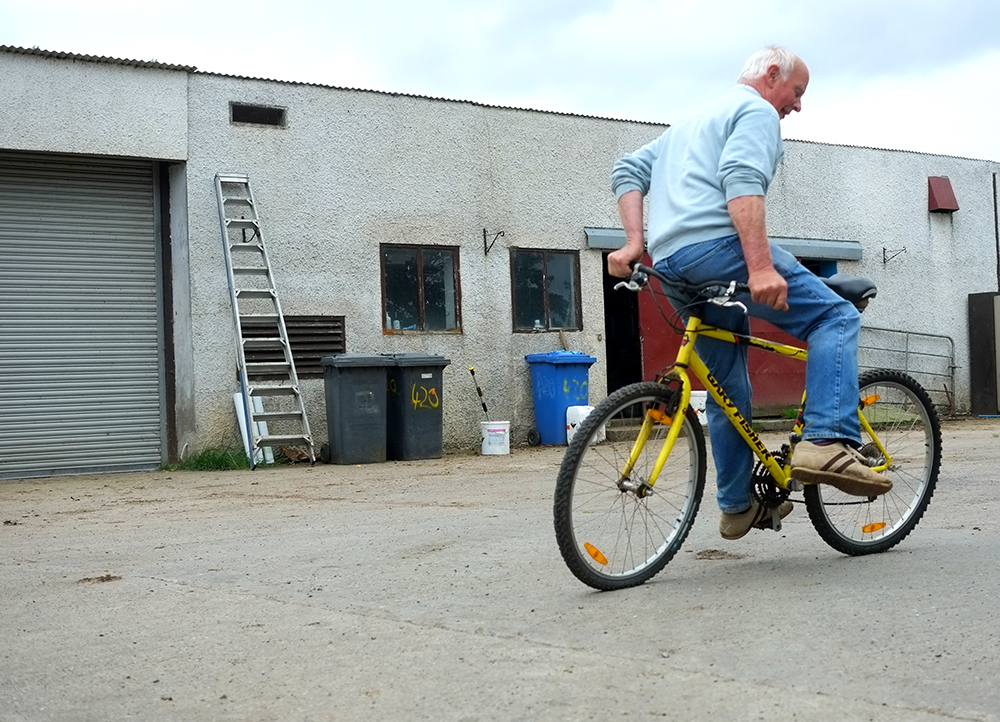 It was his father who taught Thomas to do the trick in the first place. On my request, he proceeded to show me how to mount the bike and get started. Moving the left pedal into a position roughly parallel to the ground, he seated himself on the handlebars while holding on to the grips, placed one toe on the ground, pushed back on the raised pedal with the other foot, and took off without a falter.

I watched, but could not replicate the maneuver (which should come as no surprise, considering I can barely manage drinking from my water bottle while in motion!). But I did love watching, impressed with the elegant and joyous ease with which it was executed by my dapper neighbour. 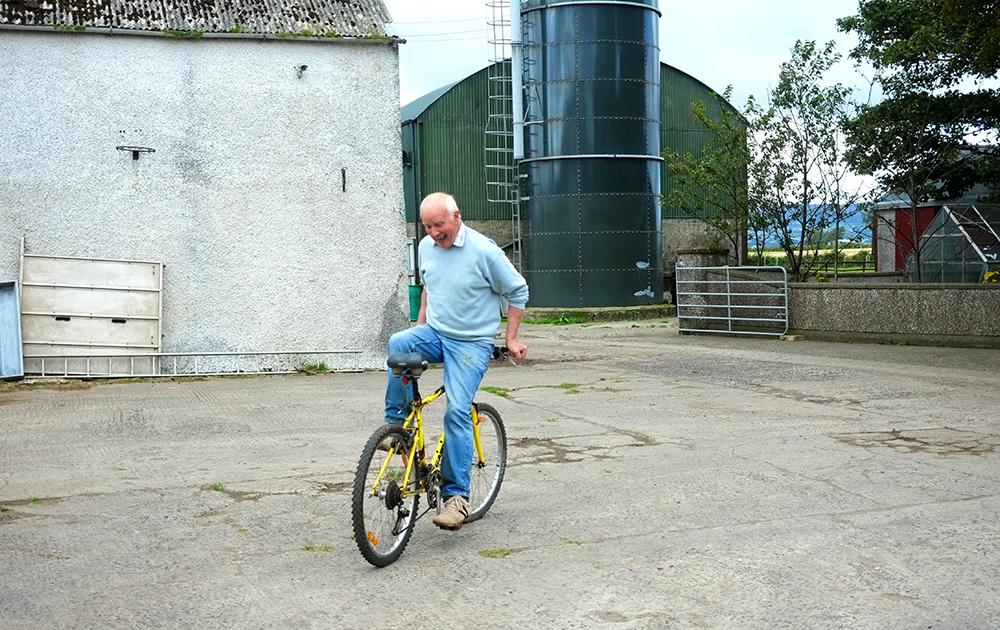 "You know, I hadn't tried this in some time until recently," Thomas said, "and I wasn't sure I could do it still. But once I tried... well, it was just like riding a bicycle."

Circling around the yard, the respectable grandfather looked like a mischievous, happy-go-lucky teenager. In the words of George Bernard Shaw, of which a reader has been kind enough to remind me: "We don't stop playing because we grow old; we grow old because we stop playing."
Labels: animals bike friends technique