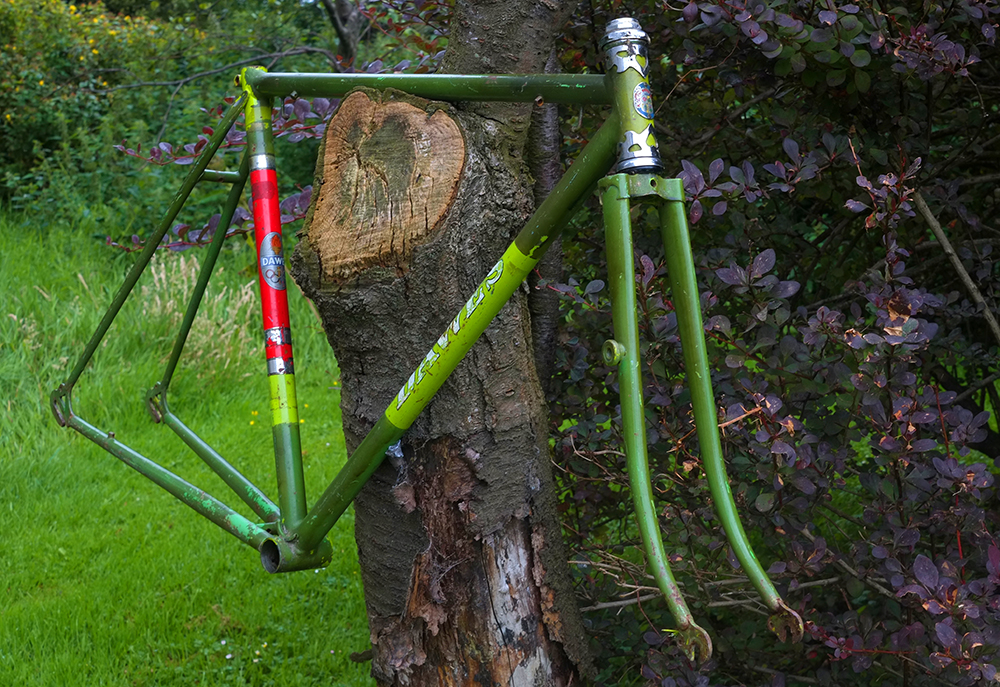 So this is what happens when you spend time on twitter kids, let this be a warning! A fellow bicycle obsessionist posts a link to this tiny-looking 1970s Dawes frame for sale, suggesting I might find it "lovely." I glance at it, smile, and forget all about it. Minutes later I get a private message. "Get it! That's a good frame!"

Really? Aside from being sold cheaply, what exactly is so good about it? Is it the unremarkable construction? Or the peeling aftermarket spray job? Or the fact that it is missing every single friggin component and will be a pain to build up considering how many non-standard parts it will need?

"Seriously, get it before someone else does. If you don't get it, I will."

Later that day the Dawes set sail from the Green and Pleasant land to the even greener and pleasanter one across the waters. 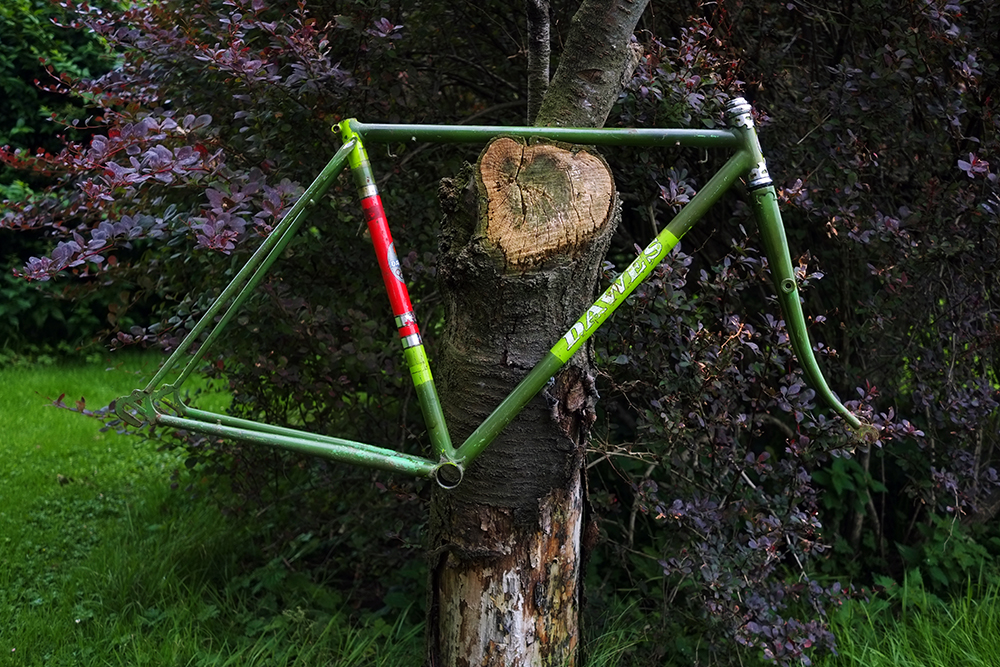 It was meant as a sort of collective buy. "If So-and-so doesn't like it, then So-and-so will. Maybe even yourself!" (Oh sure. As long as I don't have to build it up.)

But here is the best part of this story. The frame was described as 53cm. This meant that it would fit "everyone" as that happens to be a popular size around here. However, in reality it fits no one: An in-person toptube measurement produced a figure of no less than 56cm. At the same time, the seat tube is a mere 51cm at best, and the head tube a teeny stump of a thing. Talk about "long and low?" 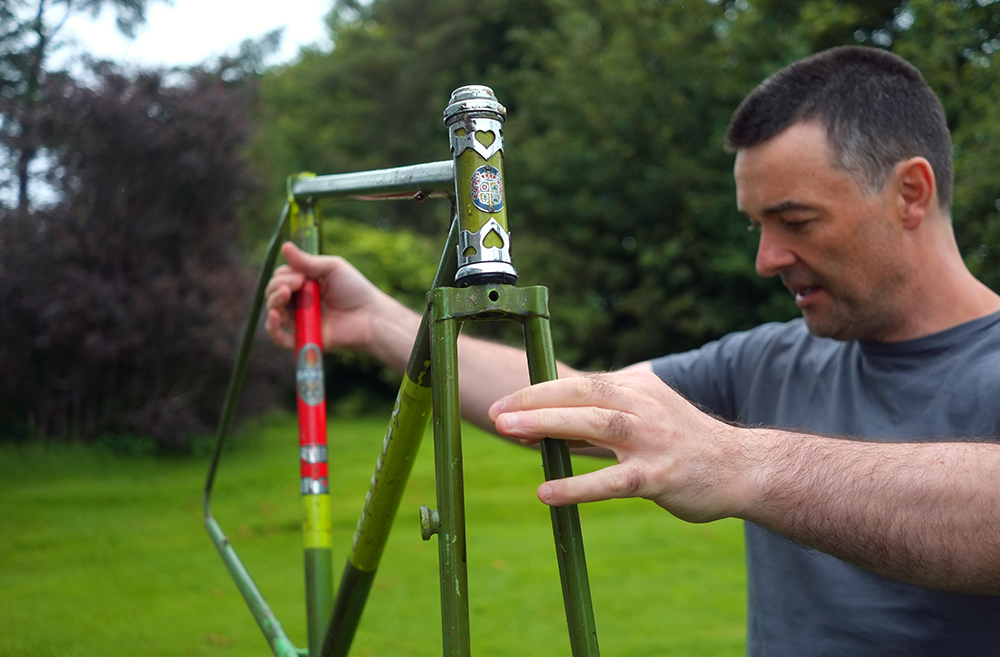 With the chain stays approaching 430cm and the healthy headtube upstand, the rather Rivendellian geometry suggests a touring machine or (less likely due to the narrow-ish tyre clearance and fairly light weight) an upright city bike. But could a 51cm x 56cm frame have been standard production, or did Dawes offer made to measure frames? 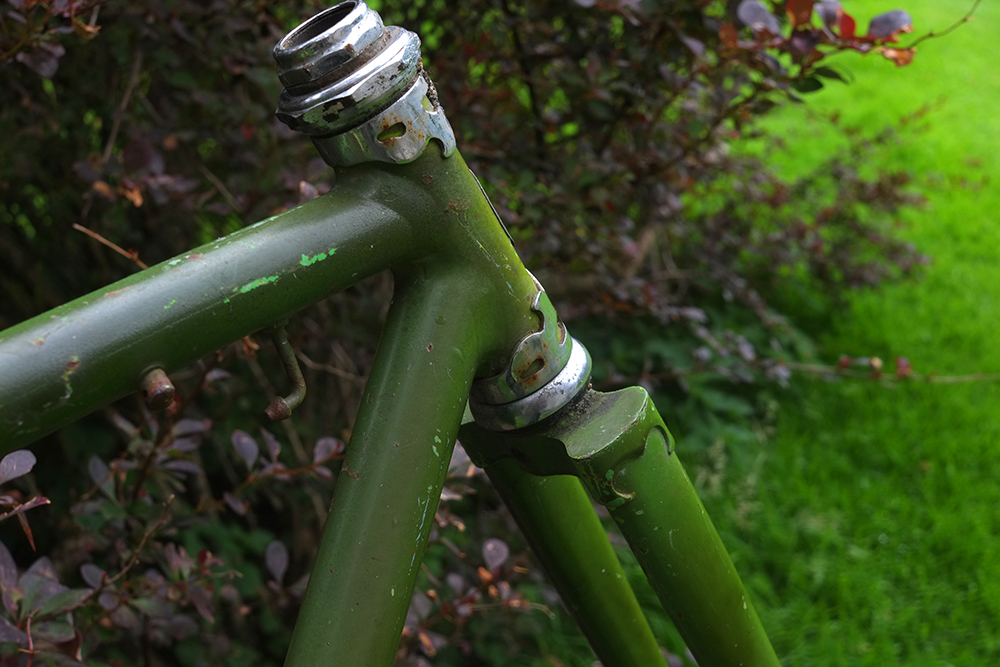 The frameset is "lugless" (fillet brazed), with decorative collars around the head tube joints and a brazed fork crown. No markings to identify what model it is, so if a Dawes enthusiast cares to shed some light that would be splendid. 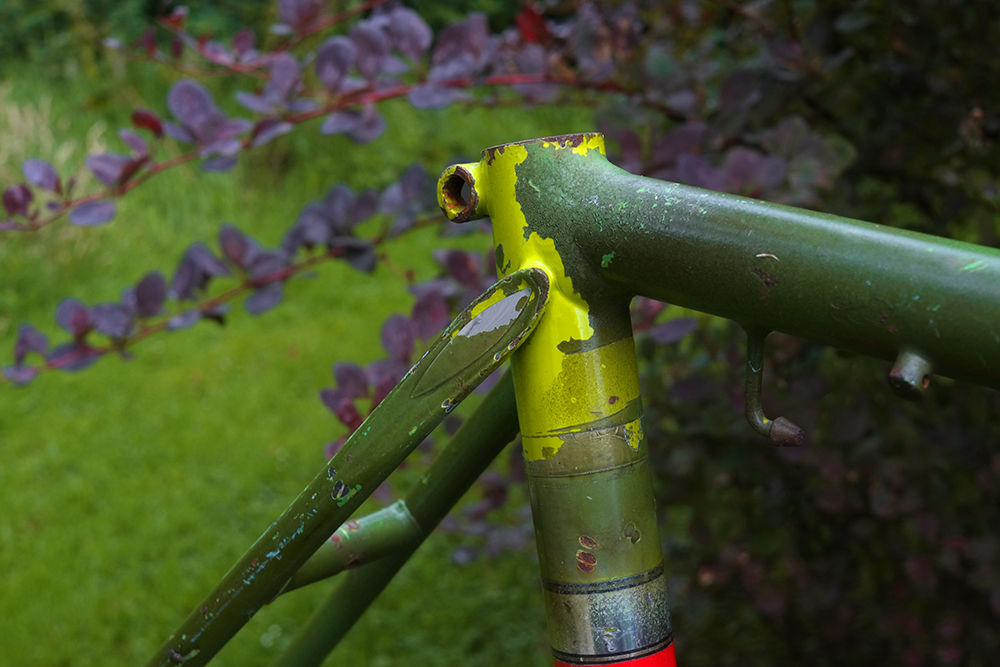 The frame looks to originally have been a bright kelly green, but at some point was partially - and rather haphazardly! - repainted a darker and duller pea green. All things considered, I actually rather like the paint job! 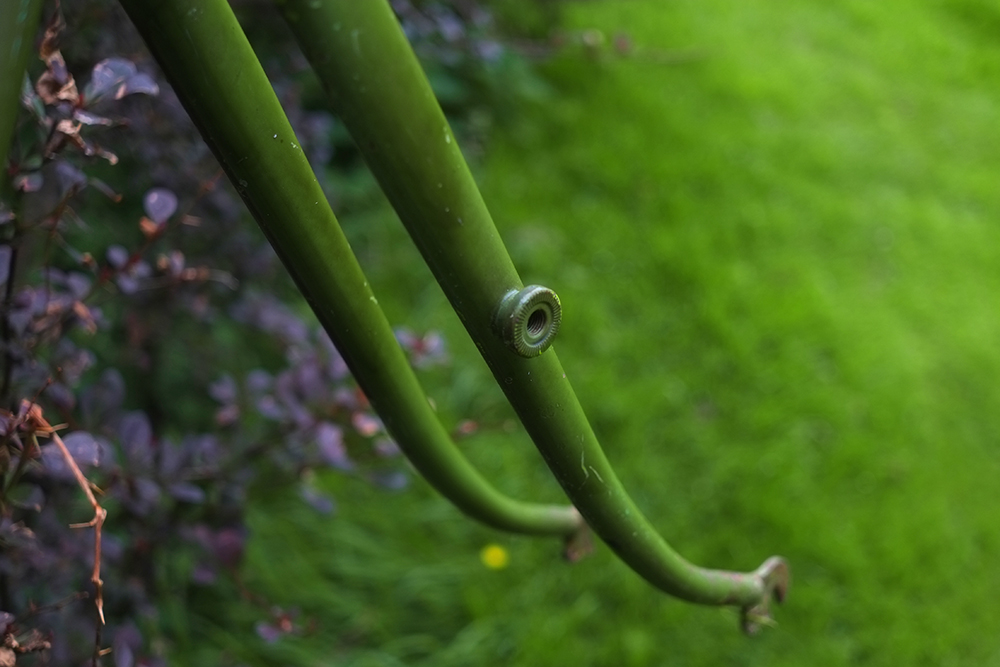 And of course the awesome headlight mount! 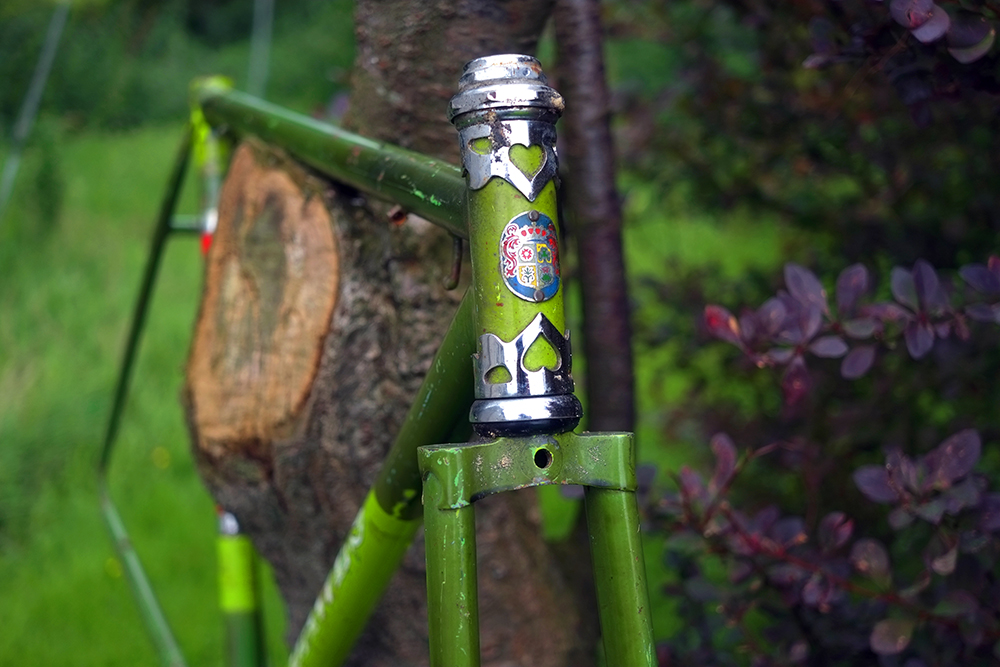 So what is to become of this frameset? Well, the price at which it was purchased vs return postage mean it's a keeper! And besides: "Even the bad Dawes models of this era were good," one friend assures, "so really you can't go wrong!" A solid argument if ever there was one.

A decision was therefore made to build the bike up and see how it rides. The reach will be difficult to get right for ...well, pretty much anyone, unless it's set up with upright handlebars. But clearly fate has brought the fella here for a reason. So 27" wheels and a medley of old components shall be fished out from hither and thither, and next time you see this beauty it will be built up in all of its 50-shades-of-green glory. Perhaps even test-ridden by your truly.

A lovely bicycle? I think so. Strange proportions, peeling paint job and all!
Labels: dawes vintage