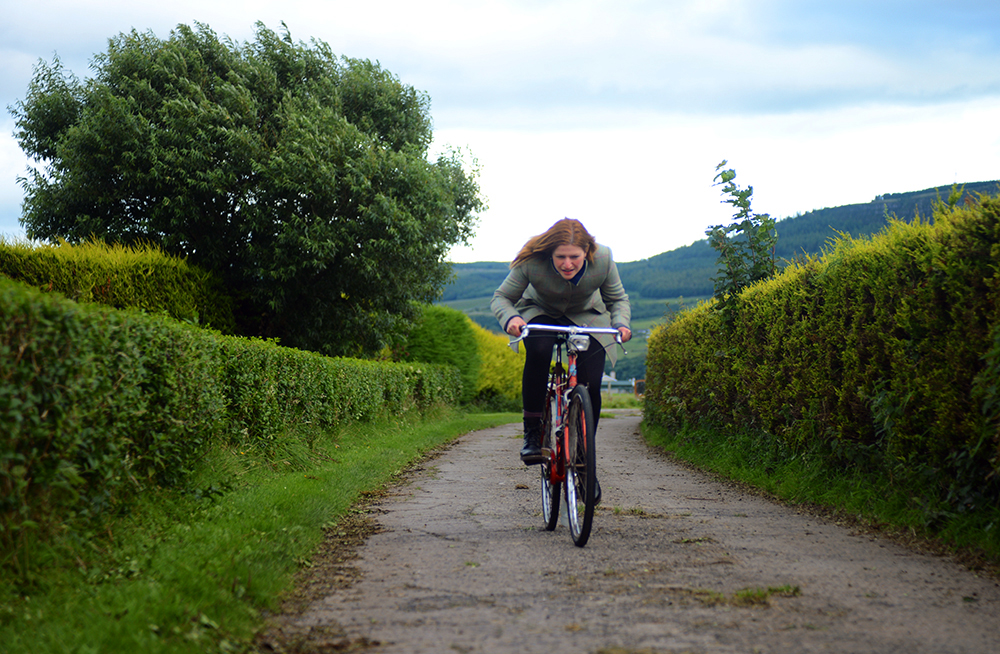 One of the trickiest parts to driving a car in rural Ireland, is navigating the narrow winding roads. Even the "main road" where I live is a single carriageway, barely wide enough for two standard-sized cars to pass each other in opposite directions, with constant hairpin bends and blind crests. At the side of the road there is no "shoulder," but instead ravine-like trenches. Let your wheel wander too near to the edge, and your car will be violently pulled off the road. Misjudge the distance in the other direction, and you'll smash into oncoming traffic. As a driver, you cannot ever let your guard down. And you must constantly monitor and reduce your speed.

More nerve-wracking still are the farm lanes: twisty, bumpy, and only wide enough to fit one vehicle - so that if two cars find themselves face to face, one must back up toward an available "lay-by" allowing the other to pass.

I live at the end of just such a lane, nearly a mile in length. And if the narrow twistyness was not enough, much of it runs alongside irrigation ditches, which means 4 foot drops to both sides! When I practice my motoring skills, I am comfortable driving along my lane at 25mph maximum - though usually I go even slower. And the neighbours seem to do the same.

Knowing this, I was quite amused the other day to look down at my bicycle computer and see I was approaching this very same speed - and quite comfortably! Going around bends, the bike felt more nimble and precise than the car. And I did not need to worry about road placement, since I could see exactly where I was aiming my front wheel. Having noticed the speed I was doing, I pushed myself even harder, and for a few glorious moments I was flying toward my house at 28mph - giddy from the  notion that I could get down my lane faster on a bike than in a car!

Lest you misunderstand, this is not to suggest I am fast cyclist. There was a pretty stiff wind at my back that day! But the incident made me realise, that even when I cycle to the nearby shop on a utility bike, my ordinary cruising speed is not all that slower than what a car would typically be doing along the same lane. Factor in practicalities such as pulling out of one's driveway and parking, and in an all-out "To the Local Shop" race the bicycle might actually win.

It is true that in rural areas driving usually saves time over any other form of transportation. A Rush Hour Race such as the one held annually in Boston would yield very different results! Still, even here there are aspects of everyday travel - such as visiting friends who live nearby, popping over to the neighbouring farm, or going to the local shop - where the bicycle can provide a speedier means of transport. Not to mention a more enjoyable one!
Labels: rural cycling transportation options