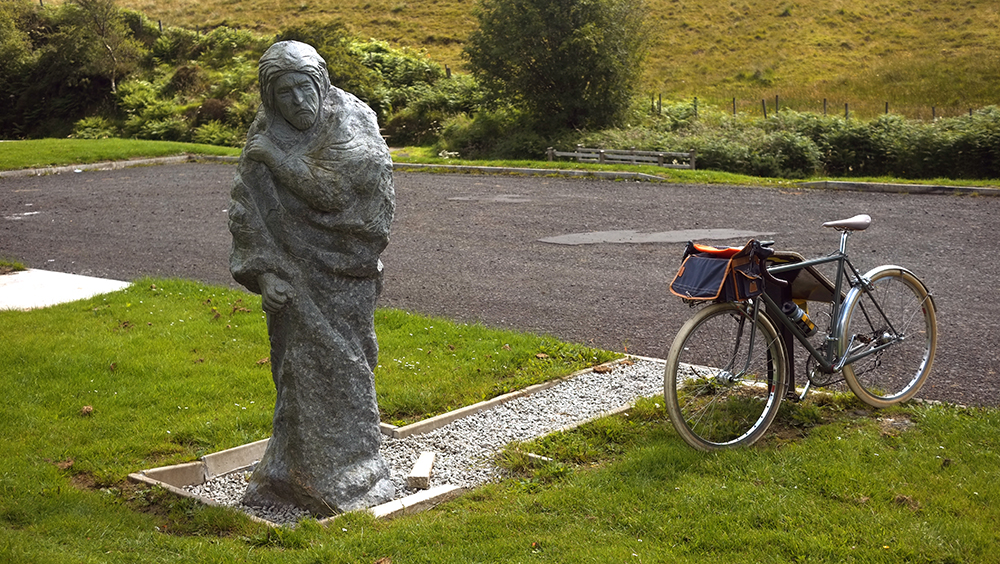 With its slog of a 6-mile climb through exposed boggy scrubland, the Windy Hill Road is everything that it promises. It is windy. And it is hilly. And so one would think the name by which it's officially known would be sufficiently evocative. The locals, however, take the evocative factor up a notch and call it the Murder Hole Road. 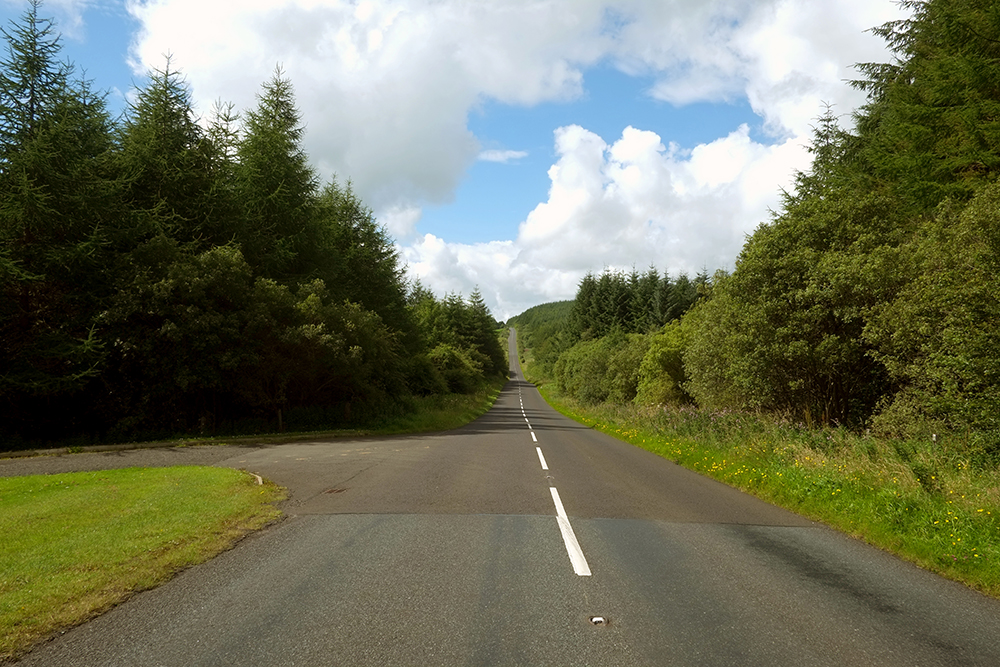 "The what?..." I said, startled, the first time I heard this creepy name casually uttered - perhaps whilst receiving directions ("Ah it's just up the Murder Hole Road over that way"). But so familiar are those words around here that they hardly strike anyone as creepy or even weird. It's just a place name like any other.

Curious about its origins, I did some quick research. And I learned that the road now known as Windy Hill was once a rural highway famous for its gruesome murders. 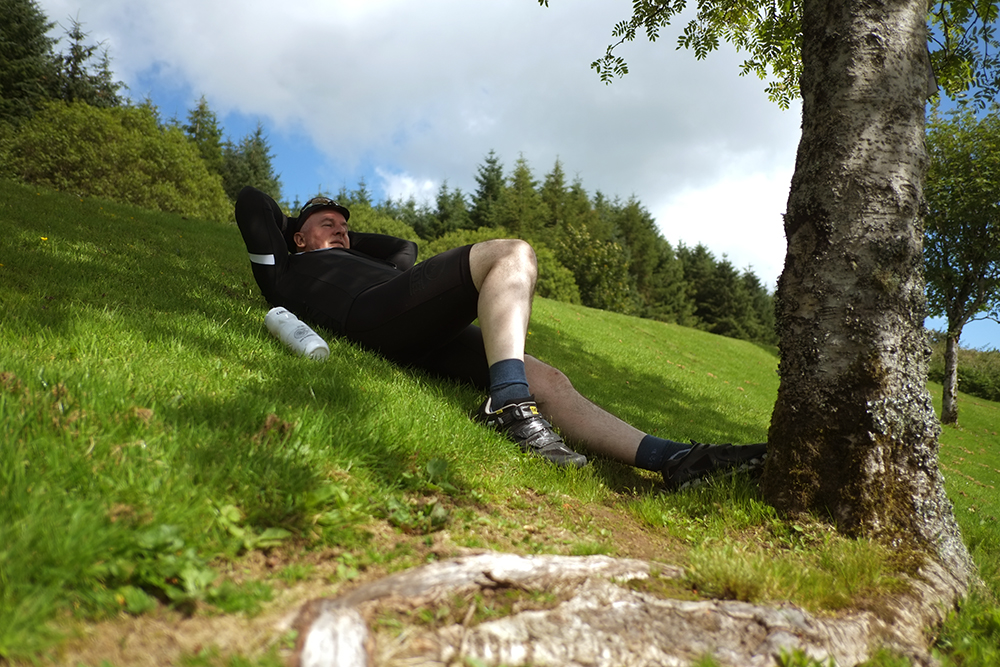 At the very top of the hill the road dips, and a grassy bank by the roadside makes for an inviting place for weary travelers to stop and rest. 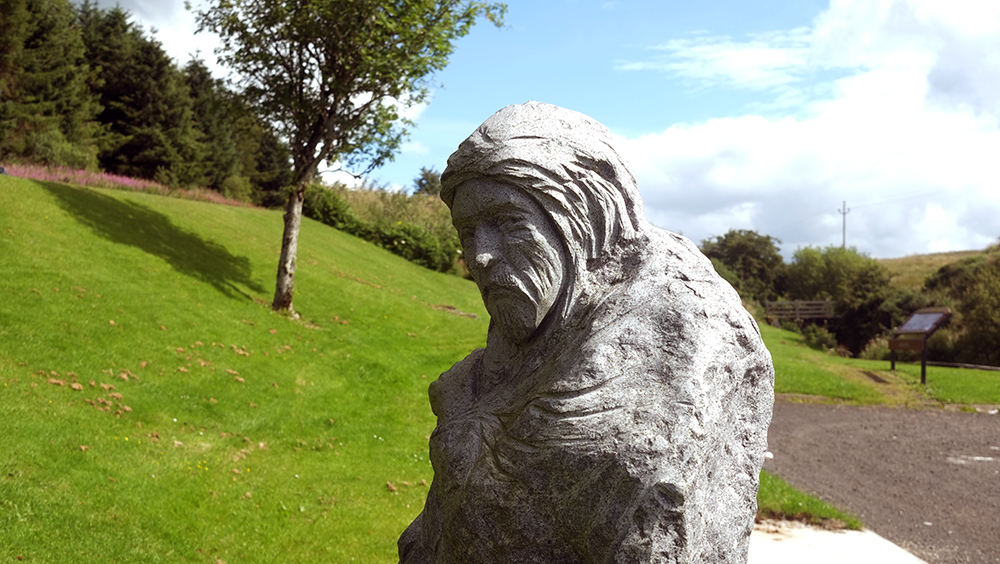 Taking advantage of this, a man named Patrick Cushy Glen would sit in wait for just such an eventuality, 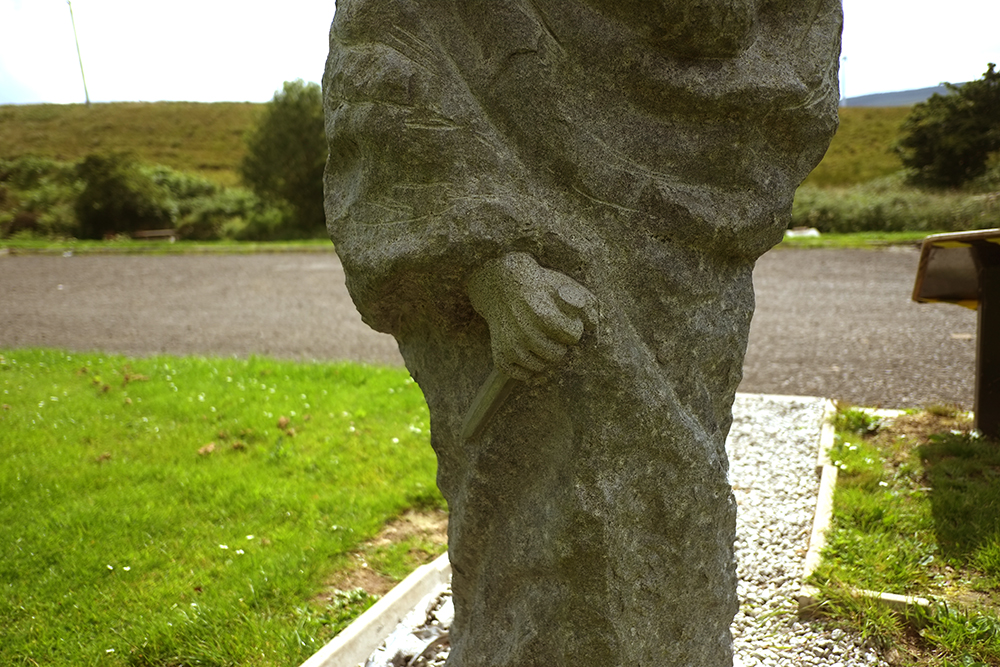 hiding behind the bank with dagger in hand - 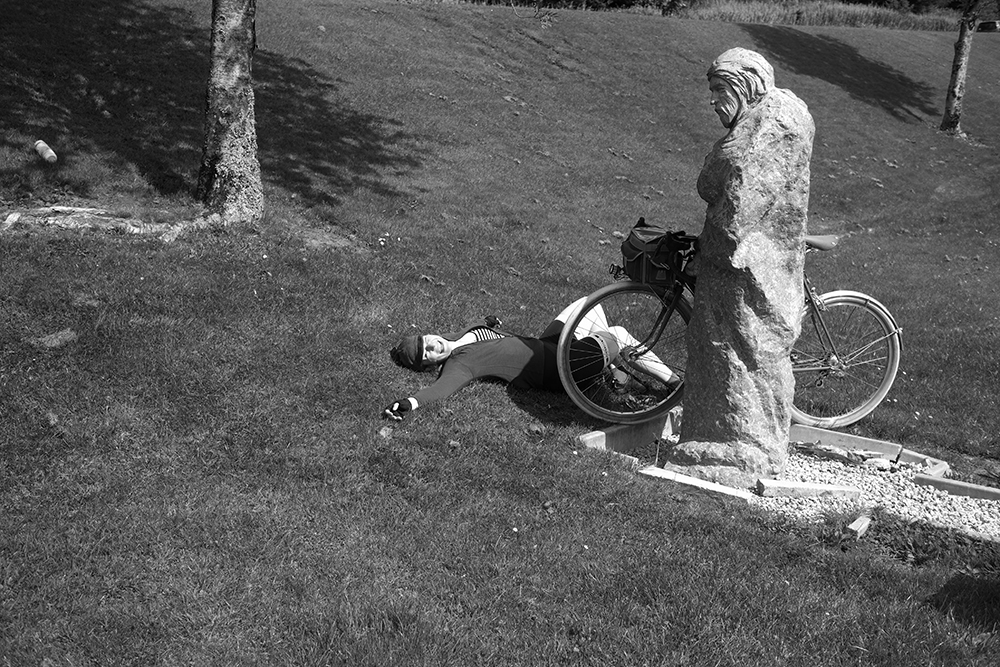 then robbing and killing any traveler who came his way. 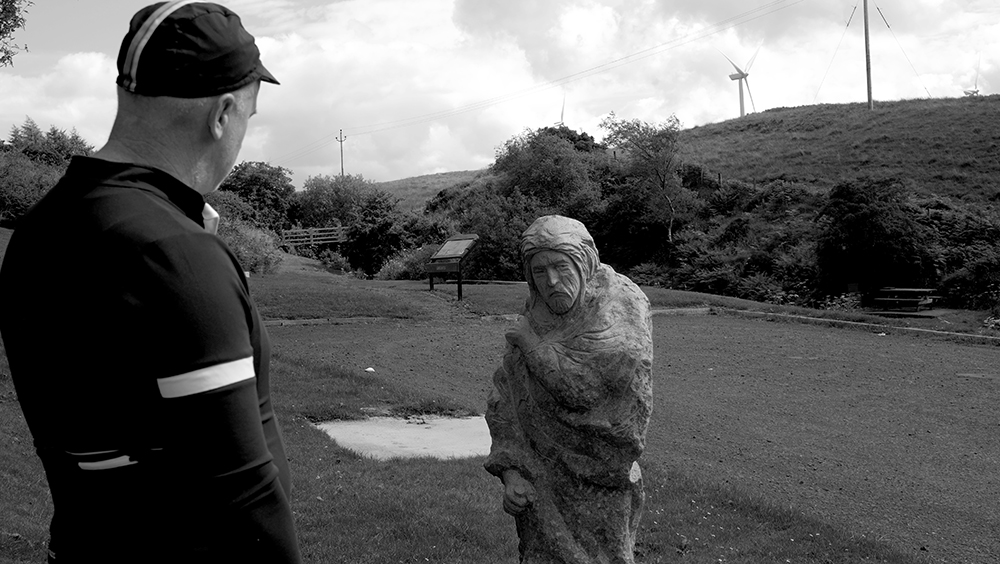 For years, if not decades, he made a career of this, prospering with his wife and offspring in their nearby dwelling, apparently undistrurbed by the authorities, until one day he tried to mess with the wrong fellow and was felled himself. 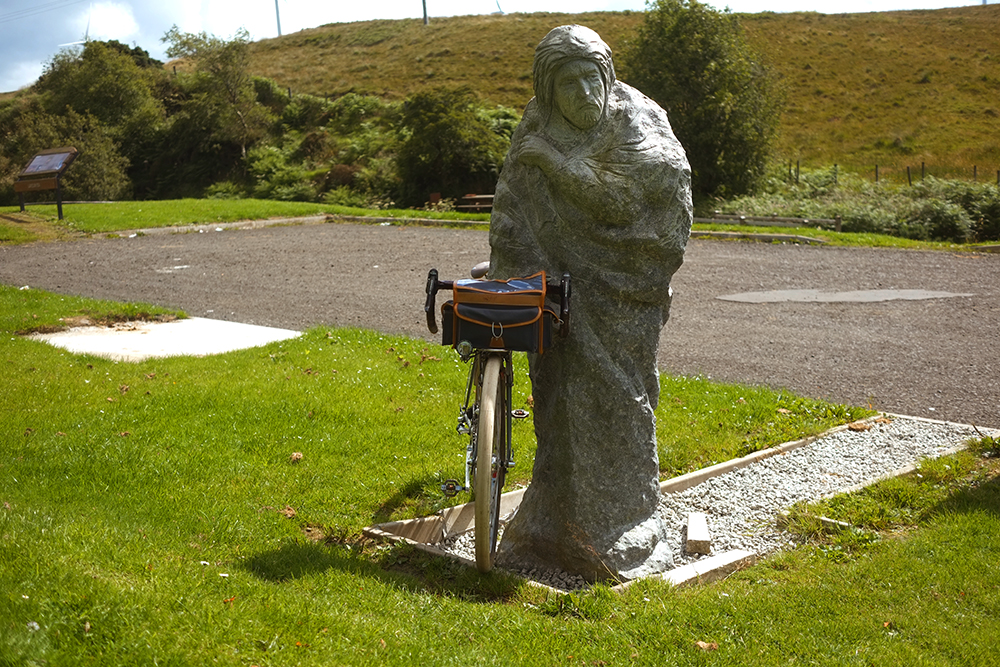 Such is the story of Cushy Glen. And funny enough, shortly after I moved here and learned this bit of history, the local Council erected a statue of the man to commemorate it - part of the Limavady Sculpture Trail "celebrating local myths and legends." 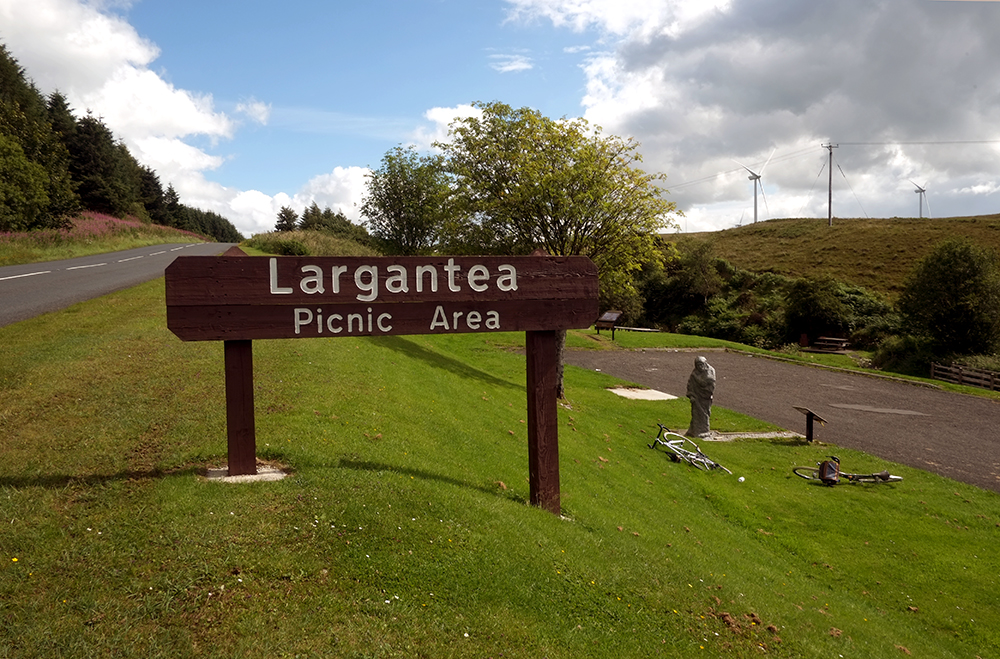 The positioning of the statue - behind the grassy bank and out of sight from the road - is impressively authentic to the actual events it "celebrates." Here the passing traveller is lured by the promise of a scenic picnic area, only to be surprised by the rather strange statue and the disturbing plaque that accompanies it. 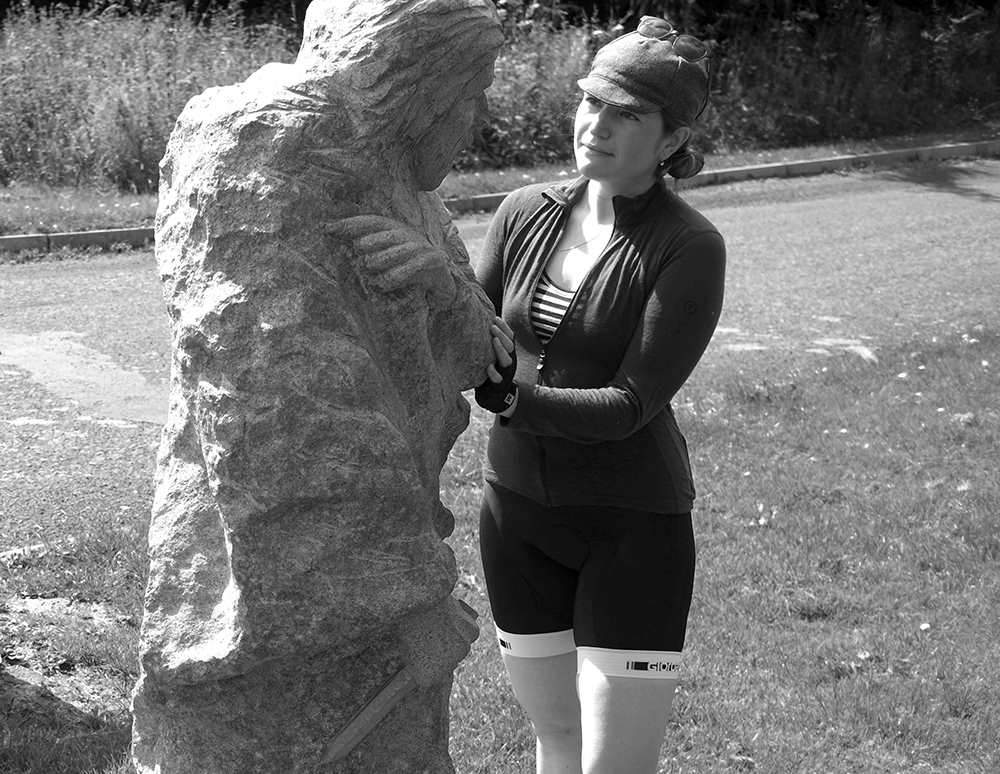 After a pant-enducing cycle to the top of Windy Hill Road, I sometimes take a rest at the "Murder Hole." But never for too long. For, even though some centuries have passed since Mr. Glen's activities, something about the place keeps me on my toes, glancing over my shoulder even as I sip from my water bottle, eager to get going again and descend far, far away from the place.