The Skill of Sitting Still 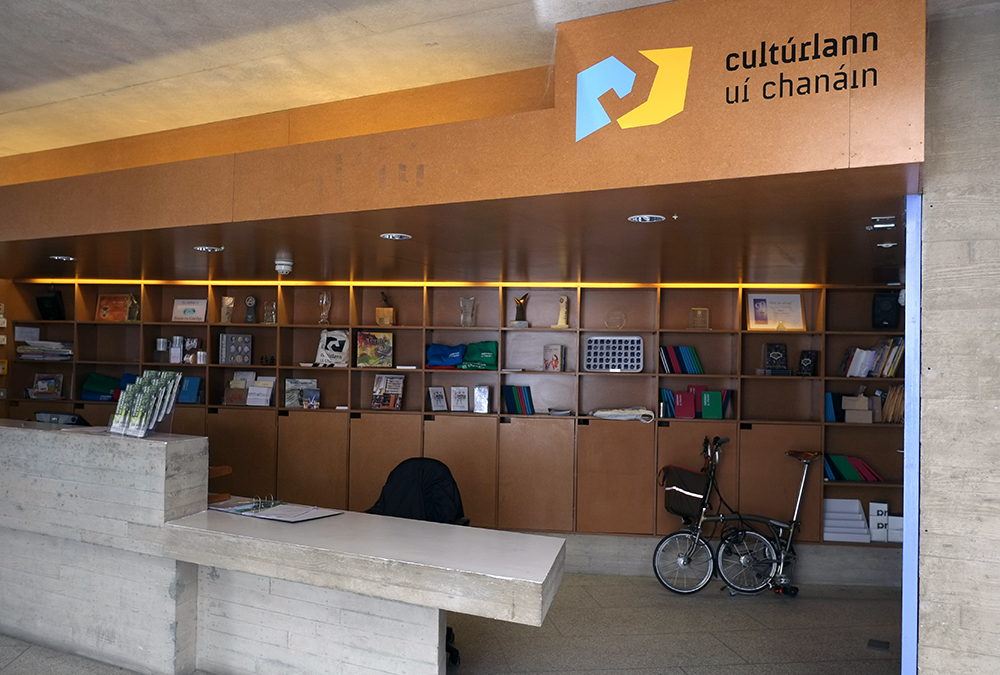 If you follow my social media feeds, you might have noticed I've started learning Irish this year. As someone who speaks several languages fluently and generally picks up languages easily, I was fascinated by how different Irish was from any other language I had been previously exposed to. When trying to grasp it on my own didn't work, I grabbed a friend and signed up for a class at the Culturlann (Irish arts and language center) in Derry. The semester-long weekly evening course was beyond excellent, transforming me from a complete novice not even capable of repeating the strange sounds I was hearing, to actually being able to converse with native speakers about simple everyday things. In fact, I liked the class so much, that when an intensive weekend workshop was offered at the end of the semester, I signed up. Setting off on my multimodal commute to the big city, I was looking forward to two full days of delving into the mysteries of Irish sentence construction and pronunciation.

The Irish workshop exceeded my expectations; the teaching methods at the Culturlann are really quite remarkable! That said, among the things I learned that weekend was a rather startling fact about myself: that I am no longer capable of sitting still for hours at a time! As interested as my mind was in the workshop, my body was rebelling after hour 2 of day 1.

The possibility that this would be a problem never occurred to me when I signed up for the class. After all, I have sat through 8 years of higher education, followed by 8 more years of working in academia! The hours upon hours I have spent in various lecture halls, seminar rooms, faculty offices, libraries and conference venues, not to mention in claustrophobic, dungeon-like laboratories, I could not begin to calculate. How could a teensy, well run 2-day workshop in a topic I am immensely interested in make me feel as restless as a hyperactive toddler?

Then I did the math and realised it has been over 3 years since I've set foot in a university lecture hall, or had any job at all that required me to sit still for hours. In the meanwhile, I have spent a good portion of nearly every day moving around in some way or another. Don't get me wrong, I do work. And as part of that work I spend a lot of time at my laptop - usually writing, editing, and image processing. But working freelance gives me the benefit of spacing out those stationary hours throughout an otherwise highly active, outdoorsy day. In the course of a typical day I do things like ride my bike, walk up mountains, interact with animals, dig in the dirt, climb fences, even crawl through mud. Even a day spent indoors due to extreme weather or illness will involve frequent bursts of movement through the house - be it cleaning things, ripping out old carpeting, painting walls, or running up and down the stairs with armloads of laundry. When I talk on the phone, I pace the room relentlessly. When I wash the dishes, I put on some tunes and do a transey little dishwashing dance at the sink. Clearly, I am at my most comfortable and natural when I move about - ideally in the fresh air, getting soaked and filthy a welcome bonus.

After 3 years of this lifestyle, I suppose it is not that surprising that 6 hours inside a classroom should come as a shock to my system. As civilised humans, we have grown accustomed to thinking of intense physical activity as something we need to work up to, and of inactivity as the comfortable default. But in fact, it is the other way around. The human body is made to be active, to move, to do physical work. Sitting still is a skill we deliberately learn. And, as useful as that skill is in many facets of modern life, I admit that I don't wholy regret losing it.
Labels: comfort commentary health