On Club Rides and Finding the Right One for You 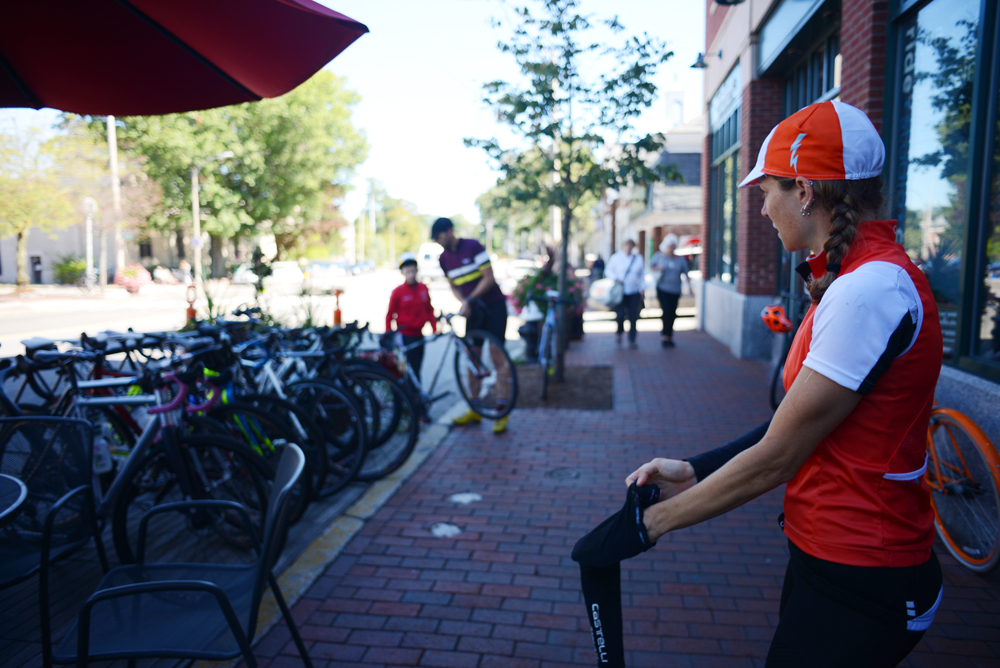 With the weather getting nicer and the days growing longer (well, at least in some parts of the world),   it is around this time of the year that many cycling clubs and bicycle shops begin their seasonal programmes of group rides. Held once or perhaps even multiple times a week, these organised rides can offer opportunities to meet and ride with other local cyclists. Depending on the type of rides these are, they can also introduce us to new routes, different ways of cycling, perhaps even help us improve our fitness and bike handling skills.

For some cyclists, entering the world of organised rides is synonymous with cycling itself. No sooner do they acquire a bicycle than they join their local cycling club, re-learning how to actually ride said bicycle (seeing as they hadn't been on one since high school) on the fly, in the course of the first group ride they show up to.

Others are inherently reluctant to approach any type of organised cycling activity. In some cases this might be because they are beginners, uncertain their skills are up to par. But there are also experienced cyclists who are simply so accustomed to riding on their own that over time they come to feel altogether separate from the shared "cycling culture" they're certain all the other cyclists on these rides share, like some in-group secret language.

Prior to my first foray into club rides I was somewhere in between these categories, but much closer to the second. Despite communicating with many cyclists around the world through my bicycle blog, in person I was really a rather feral cyclist - riding weird bikes dressed in weird clothing, with no sense of my speed or skill level or suitability for riding in proximity to others. So that when a cycling club in Boston finally coaxed me into their fold, it was with the delicacy one would handle a timid, and possibly rabid, forest animal. 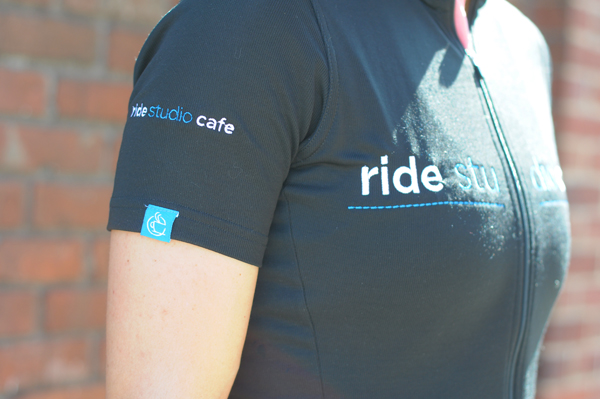 Nonetheless, eventually I did take a leap of faith and start joining group rides. And though I'm still a feral cyclists at heart, over time I grew quite comfortable in a group ride setting. I also became aware that there are many, many different kinds of organised rides out there to choose from. From racing-oriented training rides that assume possession of a fast, modern roadbike, to deliberately slow-paced social rides on upright bicycles with baskets and half the participants toting toddlers on their rear racks, to everything in between, if you want to connect with like-minded cyclists in your area, chances are that you can. It is only a matter of finding the right group ride for you.

That said, with the exception of the more obvious extremes illustrated above, the character of the group ride being advertised by local clubs, bike shops, or other entities, may not always be clear - leaving cyclists who have never been on organised rides before unsure of whether it is suitable for them. This is particularly the case when the ride organisers attempt to use inclusive language (i.e. "social pace," or "suitable for cyclists of all abilities"), inadvertently alienating first-time participants when reality does not match what those phrases lead them to expect.

As I often get questions about this aspect of club rides, I thought I'd offer some food for thought. There is information you can look for in club ride descriptions that will help you better understand what you're in for. Or if it's not made available, contact the organisers and ask them outright. 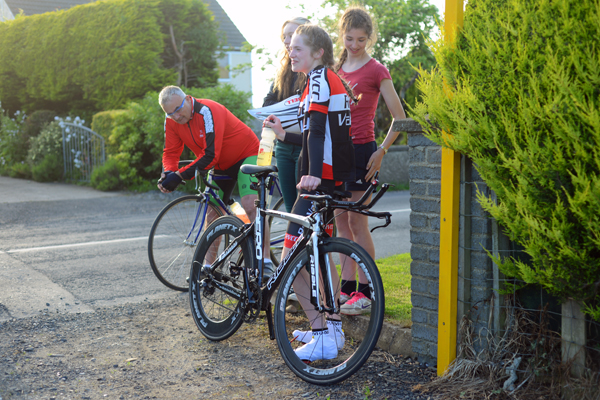 Type of Ride
It is usually pretty clear from a ride description wether what's being advertised is a road ride, mountain bike ride, vintage 3-speed ride, cargo bike ride, et cetera. But within the vast category of road cycling (which is what I will be focusing on here), there is quite a bit of nuance that might be left unspoken - most likely because the organisers assume it is assumed!

In the most basic sense, there is a distinction between training rides and social rides. A ride described as a "training ride" will be structured and speed/skills-oriented, almost certainly a paceline ride, where cyclists will be expected to ride wheel-to-wheel in a rotating linear formation. A "social ride," on the other hand, will be less rigidly conducted (although not necessarily slower!), may be routed through more scenic areas, and may include more stops, even a coffee or food break. If you aren't sure from the clues provided in the description, there is no harm in asking the organisers what type of ride it is. If you're not sure whether your bicycle is suitable, they can usually also advise you on that point.

Terrain
Speaking of the latter, one thing you may want to clarify - only if it matters to you, of course - is whether the ride in question is entirely paved or includes stretches of dirt/ gravel. With unpaved rides and mixed terrain roadbikes becoming increasingly popular over the past couple of years, it has become common in some regions to include unpaved stretches in group rides that are described as "road rides," without necessarily mentioning this fact in the ride description. Typically the organisers of such rides will be riding fat tires, so to them it will make no odds. But if you show on up a 23mm tire roadbike which you don't feel comfortable riding through a rough forest trail, you may be in for a surprise.

Another important aspect is the elevation profile - i.e. hilliness. Many online group ride descriptions will post the ride's actual route, which will provide useful information on hills. Of course this information is only useful assuming you know how to read and interpret it. If not, you can try to pre-ride the route and see how difficult you find it. 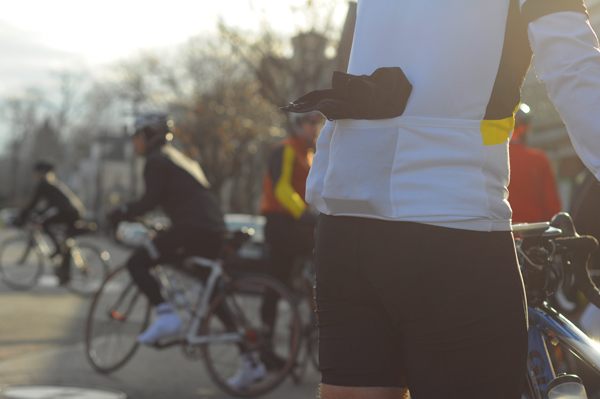 Speed/ Ability Level
But the main thing to look for when gauging whether a group ride is for you, is information pertaining to speed. Usually, though not always, the ride description will state what average speed the riders are expected to be able to maintain. If no numbers are provided, what might be listed instead is ability level (i.e. beginners/intermediate/advanced, beginners/fun/fast, etc.). Typically, this breaks down as follows: A group described as beginners will typically average 12-13mph. A group described as intermediate will typically average 14-17mph. A group described as advanced/fast will average 18mph+.

As an aside here, in order for this information to be meaningful, it is important to actually know your own average speed. And note that average speed does not mean the number you see on your cycling computer when you're going at a good clip down a flat road; you need to actually calculate what your average is over a fairly challenging route. When considering the stated speed of the group ride, it is also important to factor in the length and hilliness of the route. Whatever you think your average speed is, can you average that on a route comparable in length and elevation profile to what the club ride will be doing?

In my experience, cyclists who are not used to riding in the company of others tend to overestimate their average speeds, sometimes by a lot. For instance, recently I rode with a cyclist who confidently told me their average speed was 17mph, when in reality they could barely average 12mph. Not that anything is wrong with averaging 12mph; it's just that if you're going to be joining a club ride, it's helpful if you know your true speed and not your wishful thinking speed!

Style of Conduct
When I see the phrase "social ride," the image that comes to mind is that of a friendly group of cyclists, casually chatting, enjoying the scenery and the camaraderie. In reality though, even group rides that are described as "social" differ enormously in whether they are committed to ensuring that the group stays together. On some rides, the culture is that faster riders must control their speed to keep slower riders company, so that everyone literally rides in one great sociable clump. On other rides, cyclists of different abilities may spread out a bit, but every so often will regroup to make sure no one is lost on on their own for too long. And then, on other rides still, it's every cyclist out for themselves, to the extent that it's not unusual for a slower rider to spend the entire "group ride" pedaling on their own, "dropped" by the other riders 10 yards after the start! If you want to make sure you won't be riding by your lonesome, look for "no drop" references in the ride description, or ask the organisers about what style of conduct to expect from the ride. And, importantly: Unless the ride has a strict no-drop policy or you know the area well, be sure you have a copy of the route, so that you can get back on your own if abandoned! 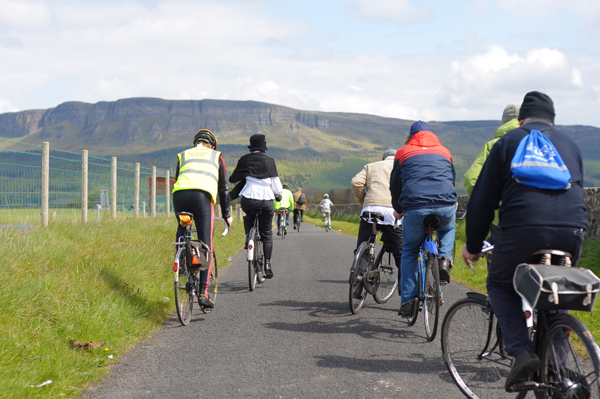 There are many other aspects of a group or club ride that can be important to a cyclist. Some like to know whether men/women will be present, not feeling comfortable in joining a ride where their gender is not represented (see this earlier post on women-only rides). Others might have questions about the types of bikes others will be riding, or the attire they will be wearing. Be aware that for insurance reasons, helmets are typically required on organised rides that are run by any kind of club, bike shop, or other formal organisation. However, I have also been on rides where this requirement was waved - so, if you're staunchly anti-helmet yet want to join a group ride it doesn't hurt to ask.

"When in doubt, ask!" is a good rule of thumb here in general. And don't be shy: More likely than not, the organisers will be glad to hear from you. And if their ride doesn't suit your tastes or ability, chances are they can recommend a different one in your area that does. How do you know if there are any in your area at all? Aside from googling "cycling +club +MyArea," start by visiting a couple of local bike shops. The staff there should be in the know.

As cycling continues to grow in popularity, there are more options on the "club scene" than ever. And while club rides are not for everyone, you'll never know if they are for you unless you give one a try. Even the feral cyclists among us might be surprised to discover ourselves enjoying a civilised sociable ramble - perhaps even a paceline ride!
Labels: cycling clubs group rides roadcycling