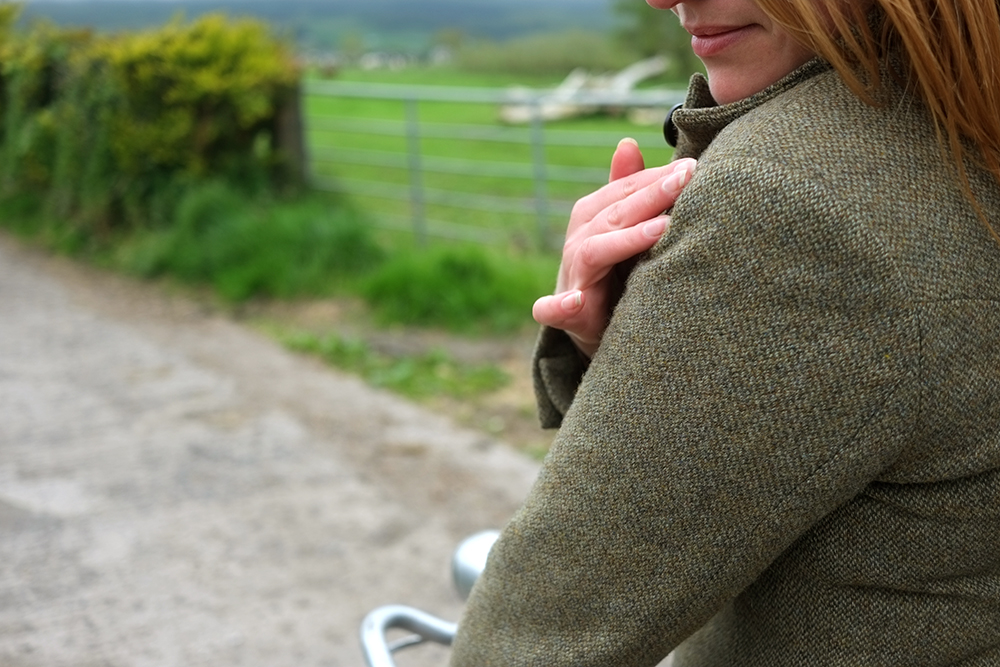 Throughout most of my history as a cyclist, I have had one foot in the world of roadcycling and the other in the world of plain-clothed bicycle commuting. And despite having moved to a rural, hilly area with longer distances to cover, the two activities remain pretty separate for me. When cycling for transport vs sport, I tend to head to different destinations, ride different bikes, wear different clothing, carry more stuff, make more frequent stops, and go at slower speeds. The overall feel of the two forms of cycling is just different. I've made this comparison in the past and it still holds true 5 years later: It's like walking vs jogging.

That said, as a transportation cyclist I have benefited tremendously from the experience I've acquired through roadcycling. The bicycle handling skills I've picked up on a roadbike have helped me with everything from dealing with dense urban traffic, to performing multitasking feats such as munching on an apple while navigating a roundabout situated on a 14% incline.

On the flip side of that coin, I admit that in the course of being a roadie I have picked up some... shall we say, unsavoury behaviours. And as much as I've tried to keep those behaviours contained within the realm of cycling for sport, I am realising with horror that they are seeping into other areas of my life.

I became keenly aware of this one morning on my way into town. Sitting upright on my elegant bicycle, satchel tucked neatly into front basket, I pedaled at my transport pace and enjoyed my surroundings. The sun was shining and the air had that sharp arctic coolness of a northern Spring, accompanied by a lovely refreshing sea breeze. What a nice day for a 7 mile ride into town, I thought, feeling all civilised and transportationey in my tailored overcoat and high heels. And just then, the blithe smile still on my face, unthinkingly I pressed a suede-gloved finger to my nostril and sent, over my left shoulder, a most spectacular rockette de snot onto the manicured hedge of the pretty little cottage garden along the main road.

Only the look of delighted shock on the face of the elderly gentleman who witnessed this, made me aware of the disgusting thing I had done. For a moment I had forgotten that I was not on my roadbike, semi-anonymous in my cycling gear and some 20 miles into the mountains, but in my own neighbourhood, cycling through residential areas, wearing nice clothes and very much recognisable as myself. I could have fallen through the ground with embarrassment. And the man shouting something like "Now there's what I call a woman there!" in my wake encouragingly didn't help matters. "Is this what I've become now?" I lamented, rubbing specs of nasal residue off my tweed sleeve in disgust once at my destination.

And if you're thinking that's gross, I'll tell you what's worse... I have come close to doing this very thing while walking. Through urban areas. Talk about picking up a bad habit.

As I roll my bike through town mulling this over, a tune pops into my head and I imagine Dr. Dre, sitting on a purple velvet sofa in the front yard of a Limavady housing estate, cooing "Show me them bad habits!" as I happen to cycle past.

And I shrug coyly and ride away, blowing my nose over my shoulder one last time fetchingly. Hey, if you've got it flaunt it. Took me ages to learn the snot rocket thang anyway. Thank you, roadcycling!
Labels: roadcycling silliness stories technique