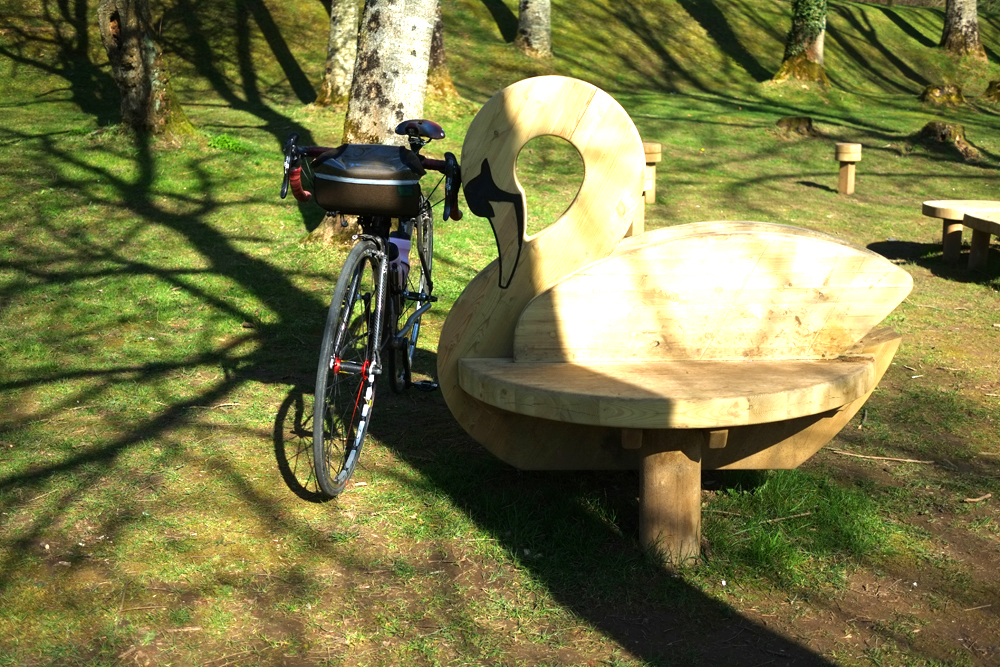 I have only heard of this experience before, but have never gone through it myself until this Spring: That feeling of getting on a lighter, faster bicycle for the first time - after riding a heftier steed all winter.

For many roadies of prior generations the ritual of this seasonal change was standard practice. When winter came, cyclists would switch to heavier, fatter-tired, befendered "beater" roadbikes - in part as a training technique, and in part to save their nice (i.e. racing) bicycles from winter's ravages. Then, once Spring would arrive, the "nice" bicycle would re-emerge  - making the rider feel faster, lighter, freer.

Today, fewer cyclists adhere to this practice. To some extent, this is because materials such as carbon fiber, aluminum and titanium - of which contemporary roadbikes tend to be made - are more suitable for year-round use. But also, roadcycling today has increasingly distanced itself from its racing heritage. The idea of the "racing season" is not as meaningful or relevant to the average road cyclist as it once might have been.

As I do not race myself, the distinction between "race season" and "off season" has never existed. Furthermore, my main roadbike is built around a titanium frame and carbon fiber fork, making it more resistant to winter weather and salt than my other two (steel) road bikes.

That said, the conditions of my current environment made me opt for my heftier DIY bike over this past winter.  In case I haven't complained about this enough already, we have horrendous winds in the winter here - winds that often exceed 20mph, with 40mph+ gusts. Now, I am not an exceptionally light rider. But I am fairly light. And the combination of the lightweight me and my lightweight bike, in such windy conditions, is not a comfortable one. There have been times when I have been nearly toppled, or moved sideways by strong gusts of wind, making me feel unsafe on the road. While my steel, fat tire 650B mixed terrain bike is not all that much heavier than my lightweight skinny-tire roadbike, it handles noticeably better in extreme wind conditions. Add a bit of ice into the mix, and it's a winner for sure. So that is the bicycle I have been doing most of my sporty cycling on from mid-December or so until just a couple of weeks ago. 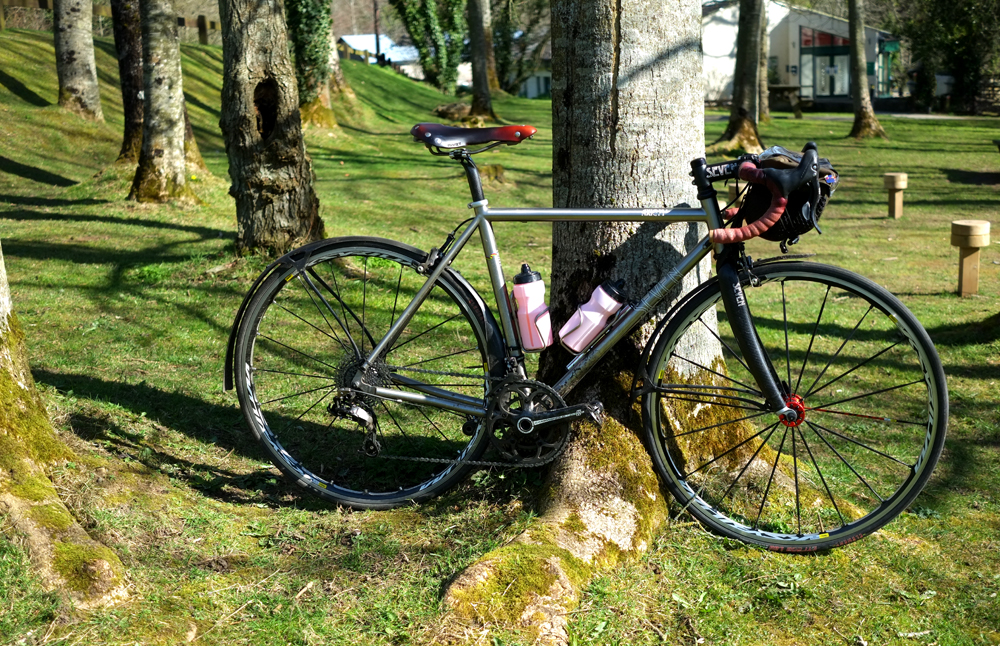 A funny thing happens when we ride the same bicycle for some duration: Little by little, our body awareness starts to incorporate the sensations of being on that specific machine. What we come to think of as "our" weight, bulk, strength, agility and speed are really the weight, bulk, strength, agility and speed of ourselves and this bicycle combined. As these sensations get stored up in our bodies, solidifying with familiarity, even subtle changes feel exaggerated. By merely switching from the bicycle we've grown thus accustomed to, to one with different characteristics, we then  feel as if it's we ourselves who've changed - with an almost magical abruptness.

In the time my lightweight bike enjoyed its winter hibernation, I had almost managed to convince myself that really there probably wasn't much difference between it and the bulkier machine: I was doing some of the same rides, climbing the same hills, keeping up with the same cycling buddies after all. My riding partners colluded in this convincing, assuring me there was no difference in my speed. And then, one spring day - the fun of realising this was untrue was priceless.

Out on my lightweight bike for the first time in months, I felt as if I'd been released from a slingshot. Exaggerated sensations of being weightless in motion, of floating up hills, of having shed my winter weight (if only in terms of tire acreage and handlebar bag content!) were certainly out of all proportion to the actual difference between the two bicycles. It was a feeling of emerging out of hibernation, unfurling my velocipedian powers, and launching myself out into the great big world of endless open roads with a fresh energy.

I wouldn't go so far as to recommend switching to a bulkier winter bike deliberately for no other reason than to later enjoy this experience. But when things do work out this way, the feeling of Springing forward is wonderful!
Labels: roadcycling