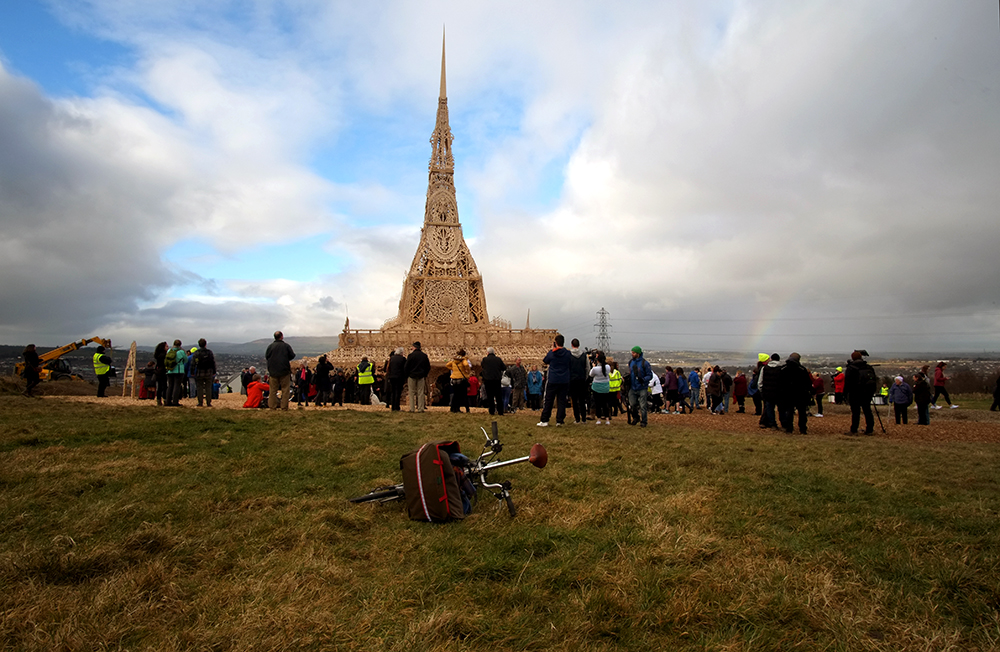 Shortly after returning from freezing, snow-covered Boston (where I nonetheless managed to get around by bicycle with ease) I find myself marveling again at how difficult cycling in Northern Ireland is by comparison. These thoughts come as I push myself up the vertical Fountain Hill in Derry, my eyes nearly popping out of my head from effort and incredulity. I had never been up here before, had not even realised this city had such torturous inclines. At some point my ears pop.

At the road end, my map suggests a shortcut that ends up taking me through a housing estate covered with sectarian graffiti. I am too exhausted to worry about this, my legs delighted by the gentler gradient of the hairpin path that winds past the rows of terrace houses. I nod at a sleepy-eyed man who sits smoking a cigarette on his front steps, beside a sprawled bulldog tethered to the fence. He nods back. The bulldog inspects me with mild curiosity. A woman opens her door and peers out to have a look at me, then disappears back inside. 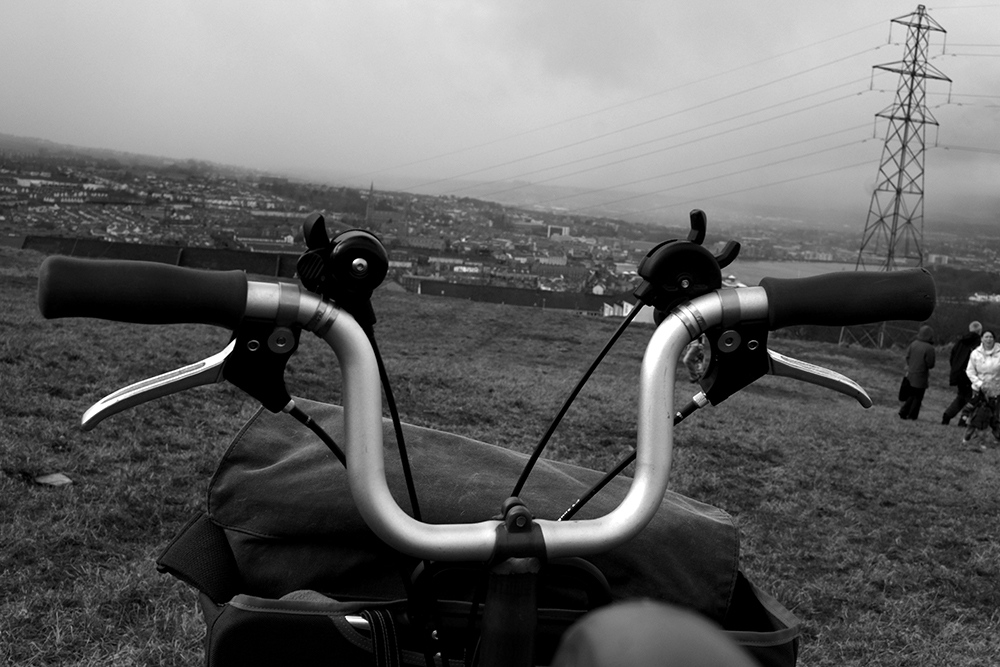 I emerge from the housing estate, but the hill goes on and on. I stop to take a breather and turn around to look behind me. The weather is turning bad. The same haze that ruined the morning's solar eclipse has returned, now hovering in the background, threatening to settle over everything and obscure the view. In the distance the city centre resembles an architectural mockup - rows of toy houses, toy steeples, toy parks, toy bridges across a painted-on river. How did they make that toy mist look so realistic?

And also: why am I here again? 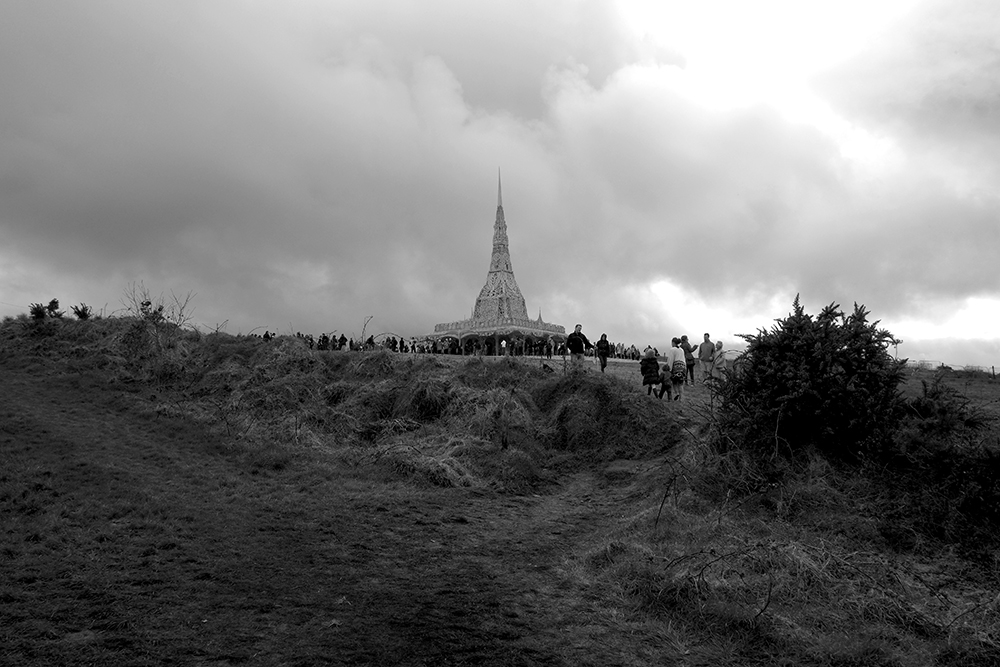 Then I catch a glimpse of it, looming, atop a steep grassy slope, and my energy is renewed. To see it in person is exciting, and I scramble through the tall grass along with a small crowd of others (where have they suddenly emerged from?) who did not arrive by car and therefore are not entering through the car park. When the hill finally plateaus, there is a barrier to cross, a sort of grassy lip that runs along the edge. A narrow muddy path runs over it, serving as the entrance to the site. I pick up my bicycle and begin to climb with it awkwardly, when suddenly - but so gently it gives me no cause for concern - the bike is whisked away from me by an anonymous pair of hands, then returned to me on the other side. I look around me but cannot tell who did this. I dust myself off and walk toward the structure. 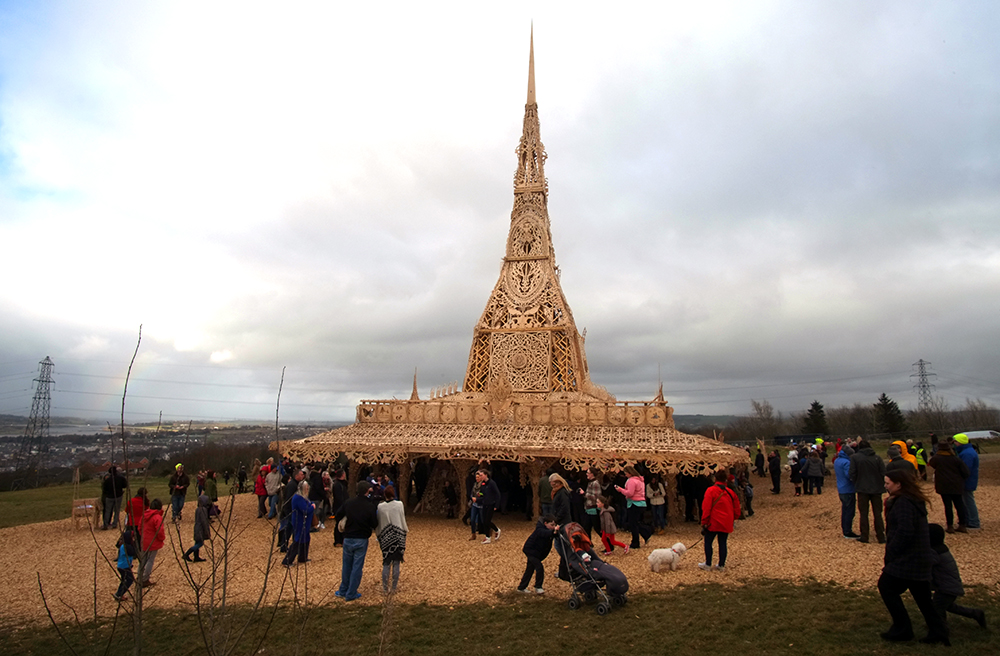 To see it in person is exciting. I even feel a tinge of happiness, or at least joy, which immediately embarrasses me. What about this is exciting? What about this drew me to it, beckoning me to take the train into the city and climb this godforesaken hill in the cold, when, quite frankly, I have better things to do? I am not a fan of crowds, or trendy public art projects. Yet here I am, advancing toward this thing, smiling, wanting to touch it. 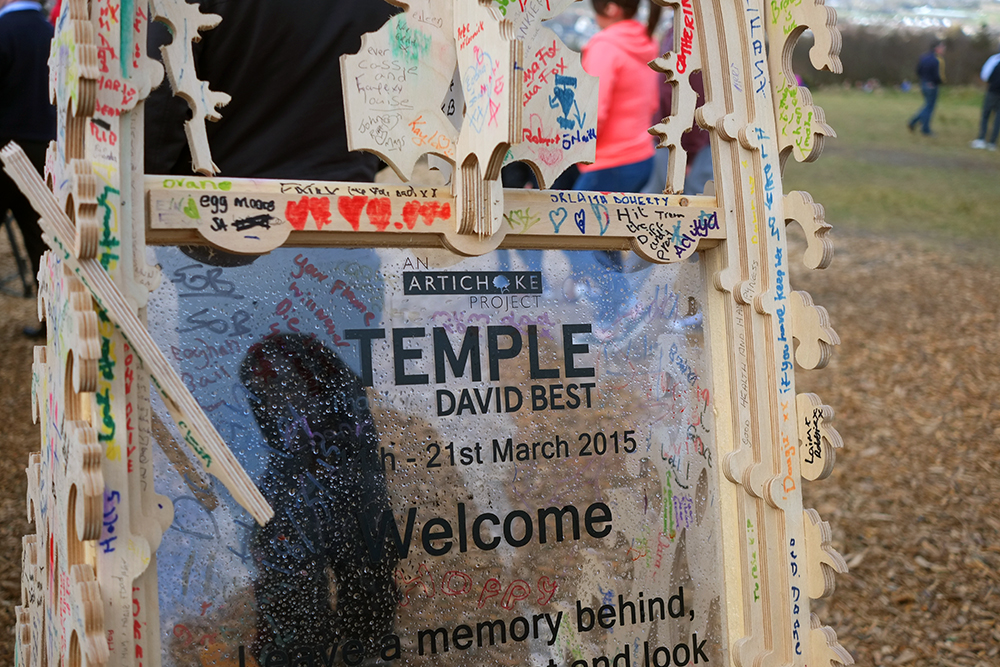 The Temple is a project by American artist David Best, first started at the Burning Man festival in 2000. The idea is to erect a temple of personal mementos and wishes, use it as a communal space of contemplation for a week's time, then ceremoniously burn it. 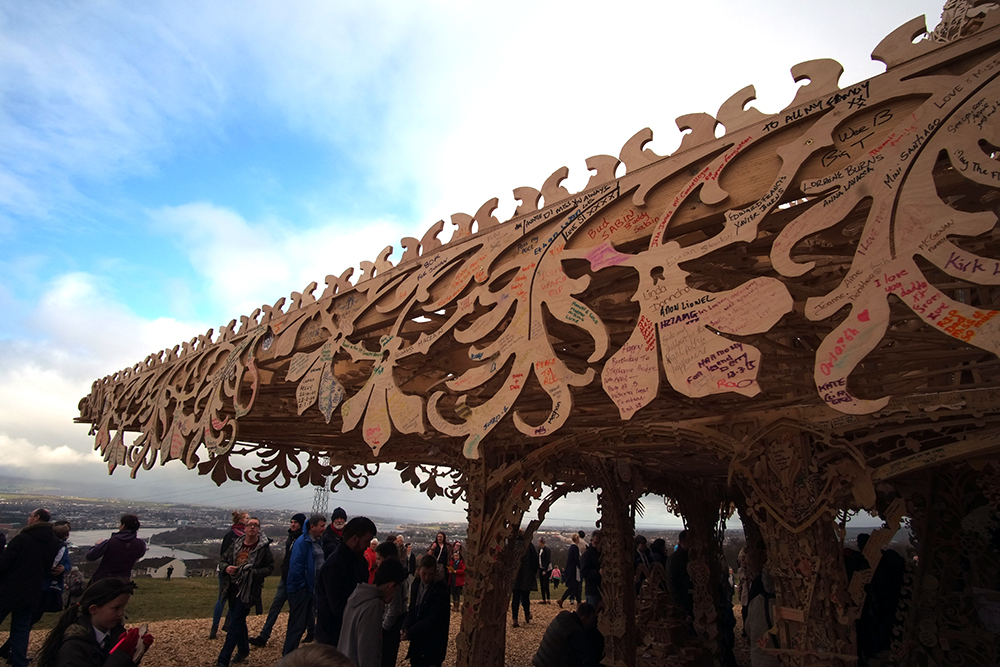 The temple consists of intricate panels, of floral and geometric motifs, that have been carved by local students. 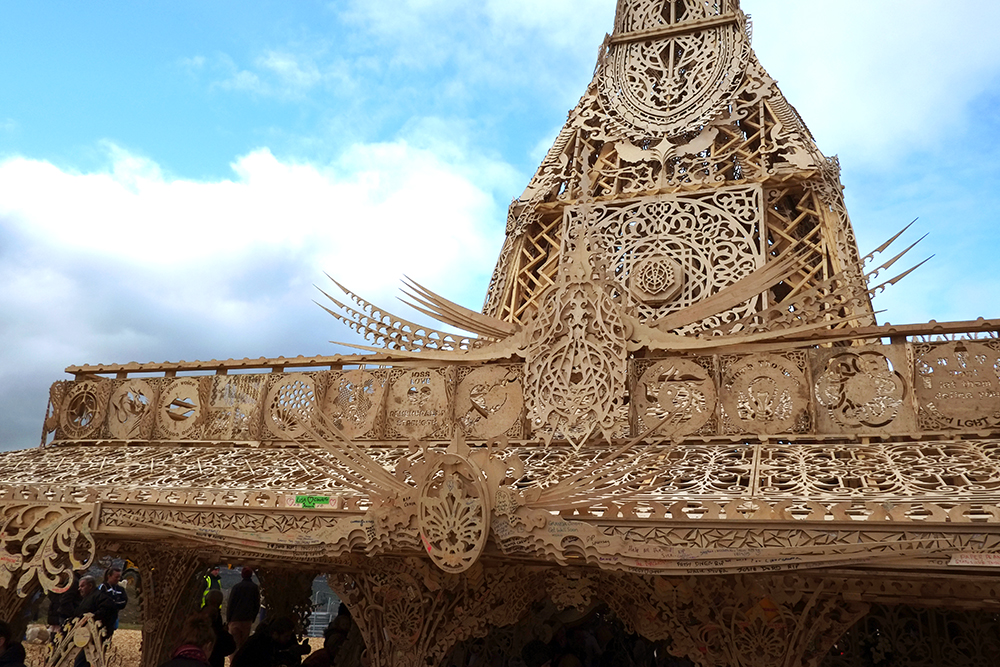 The overall look is vaguely eastern, with some Thai but also Moroccan and Persian influences. 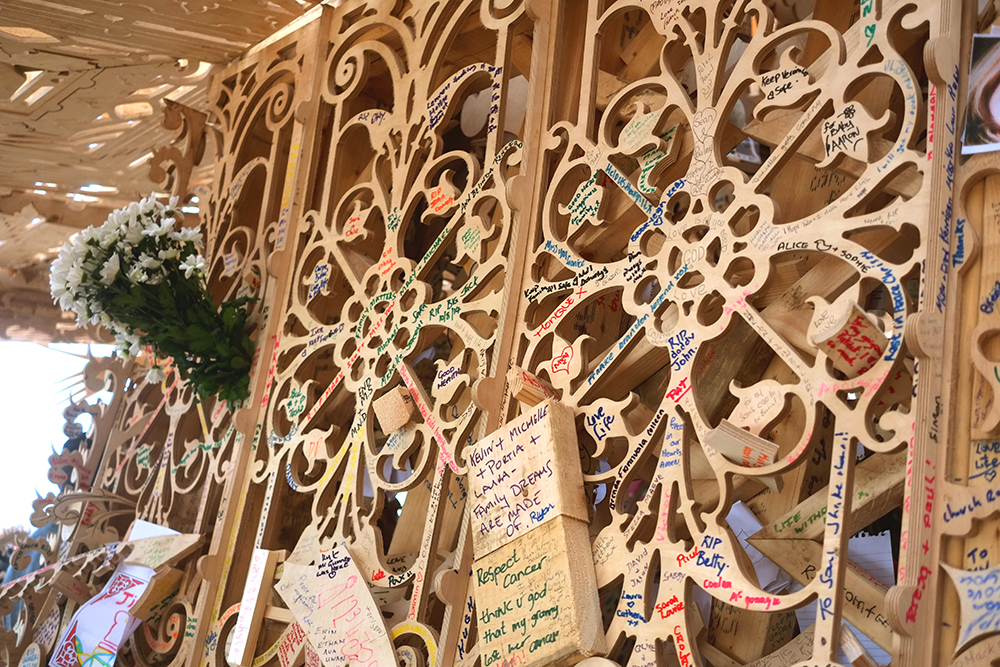 At the same time, the structure feels as though it fits into the local landscape and cultural climate rather than coming across as deliberate exoticism. 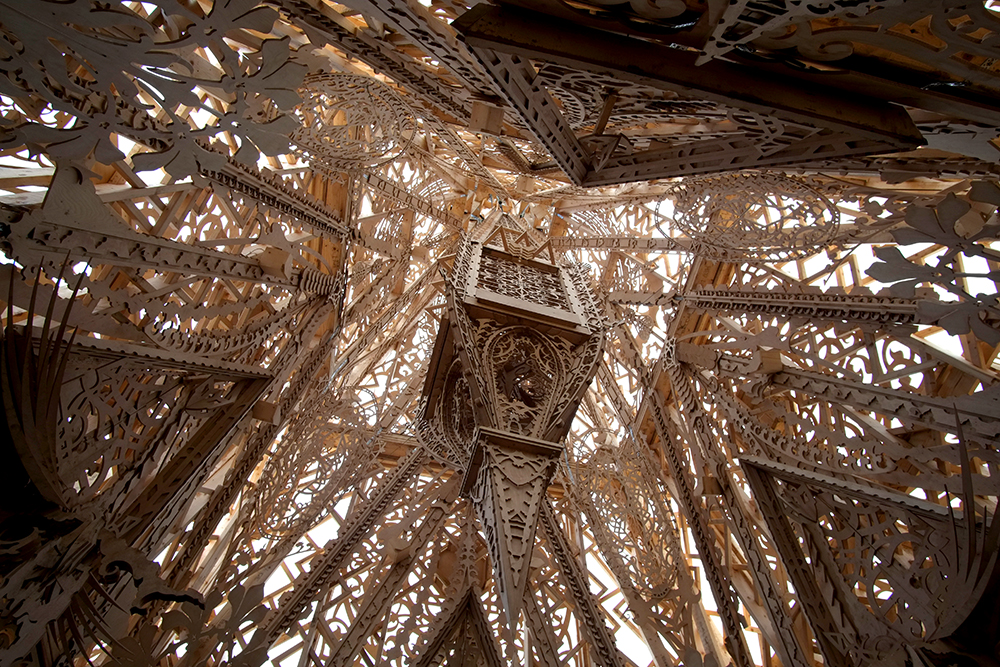 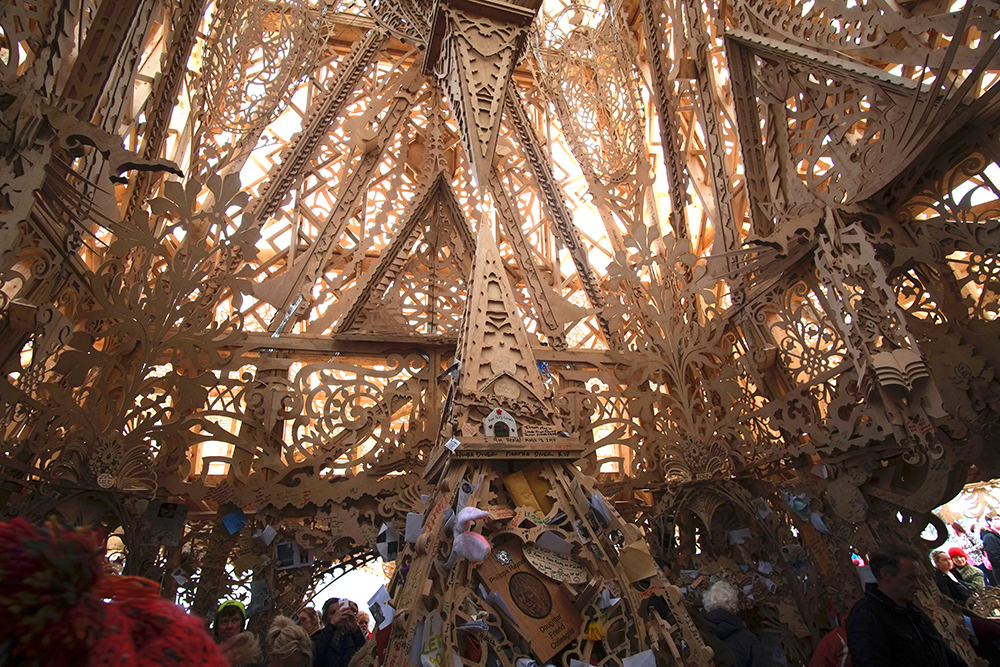 The idea of gathering things for a bonfire is not a novel one around here either - albeit the intent is normally very different. In fact, one of the aims of bringing the Temple Project to Northern Ireland in the first place, was to "offer an alternative perspective on bonfires. Judging by the crowds gathered, there is interest in pursuing this alternative perspective. 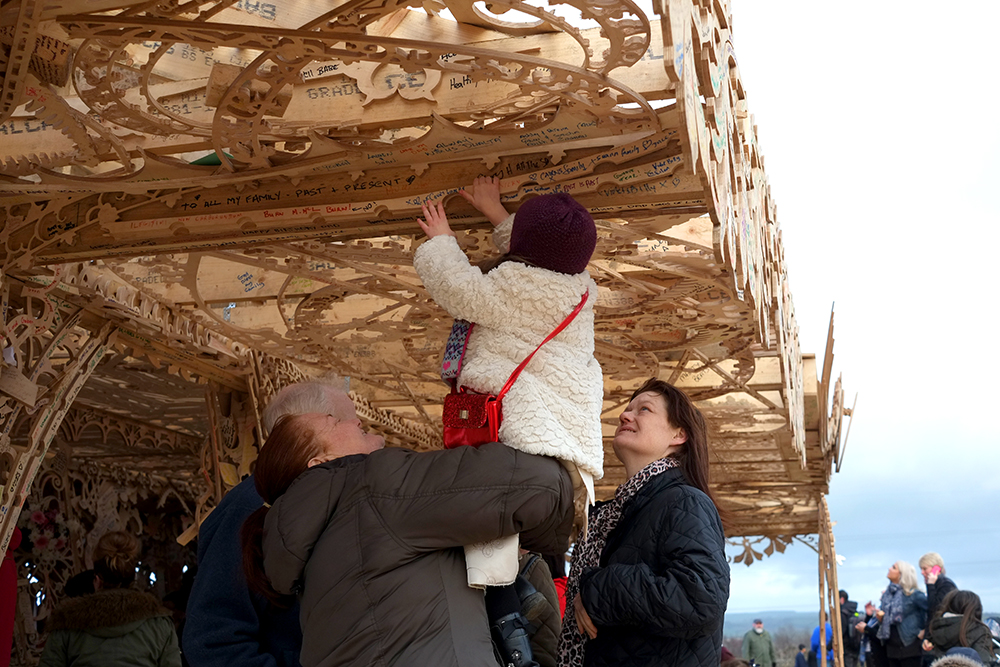 What strikes me about the Temple, however, is not its symbolic meaning or its value as a piece of conceptual art, but rather, how it effects people on a very basic level. 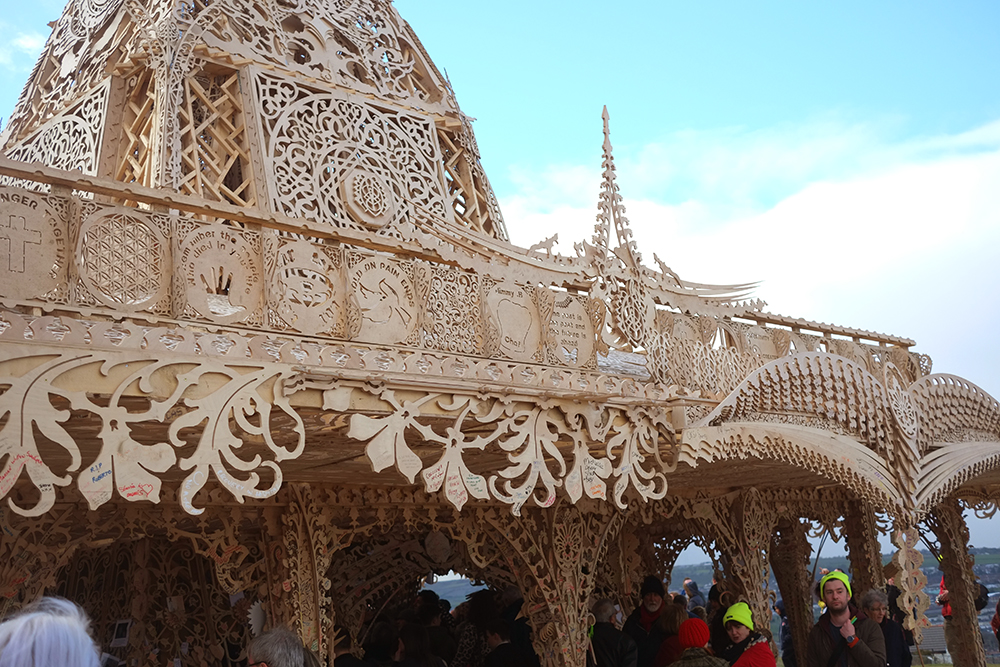 As a structure, the Temple - to an overwhelming degree - attracts, as well as fosters a feeling of harmony once one is within it. It does not require an explanation of why it is interesting or important to have that effect on people. I would venture to say in fact that only a small portion of those people around me know the background of the project, are familiar with the artist or with Burning Man. Nonetheless, they are impacted by this structure in a way that is palpable, self-evident. 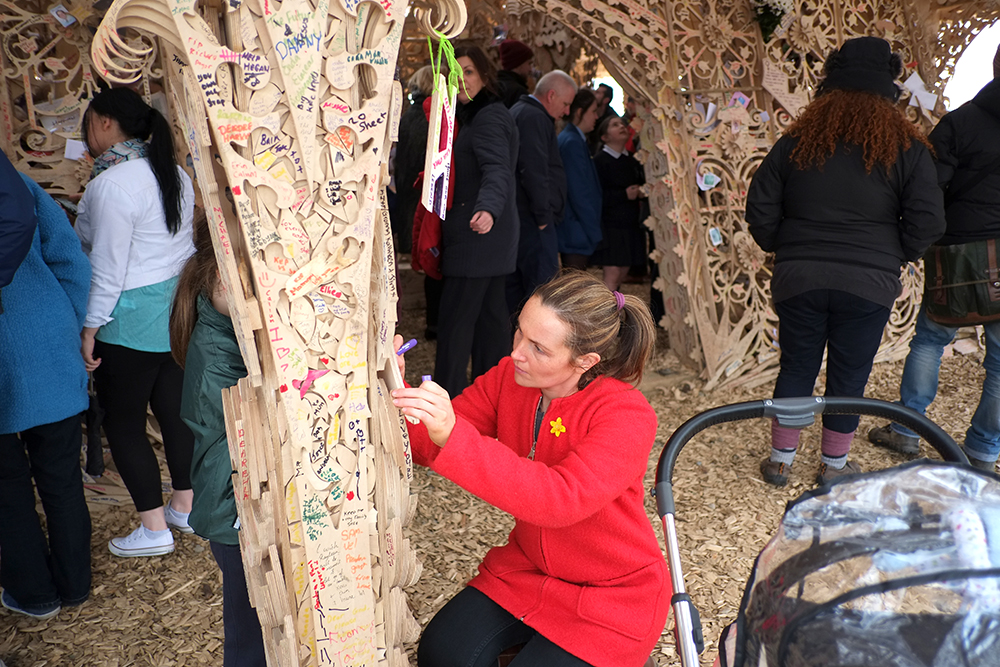 Likewise, as a process the Temple makes intuitive sense. Somehow, everyone who visits seems to know exactly what to do, without needing to read the introduction posted at the entrance to the site. The Temple makes sense on some deep, shared human level where questions of what is art, what is religion, what is ritual, and what is simply the everyday process of living, fall away to reveal a more fundamental core that is the source of all of these things, in their infinite morphings. 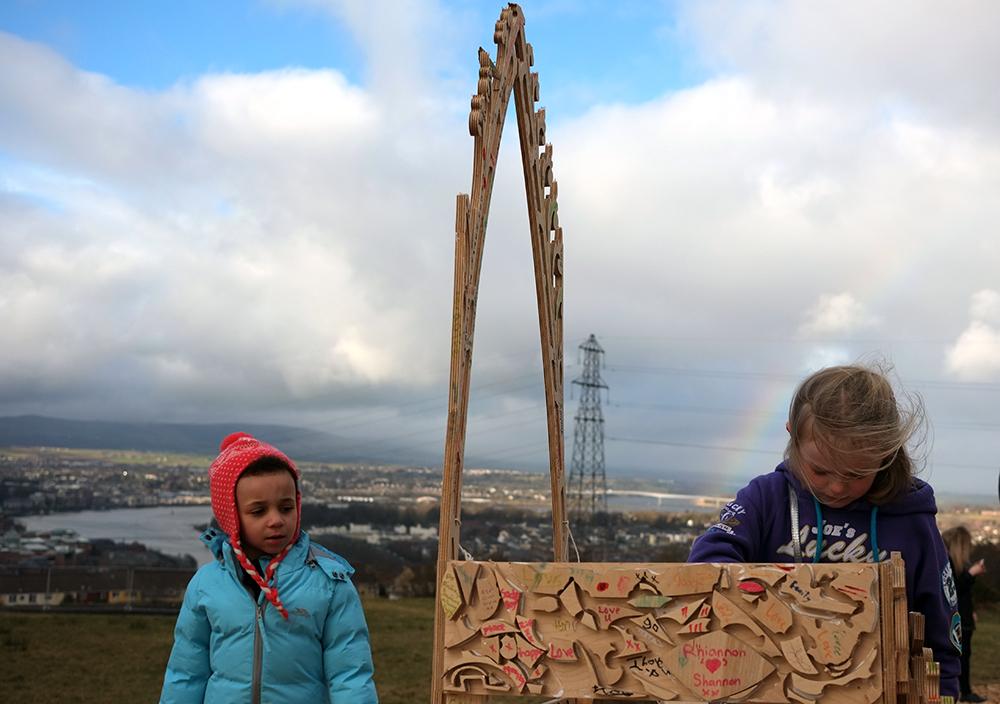 I do not leave any object at the Temple and I didn't write anything. I do not know why, except that I do not feel that I want to do it. But I do feel as though I leave something intangible behind. The shadow of my presence, my experience - my thinking, my looking, my walking, my talking. 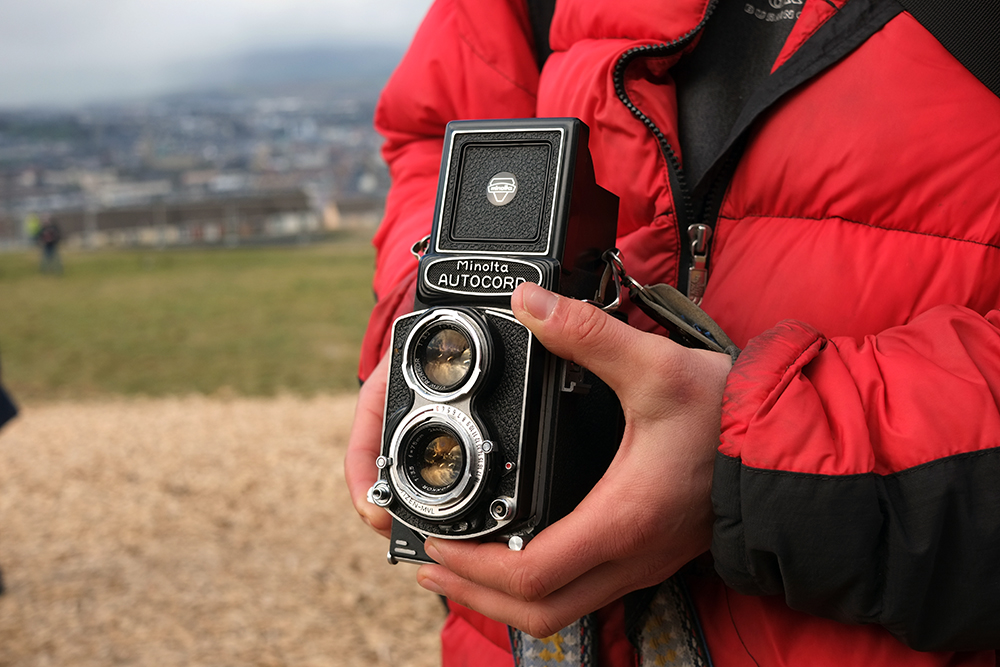 And I do talk to people there, strangers, far more than I had expected. For the most part I talk to photographers about equipment. But I also talk to random persons about cycling - about which I was asked frequently on account of rolling my bicycle around the Temple site. For a change, no one asks me how I managed to ride my bike to the site, or why I ride. Instead, they tell me of their own experiences, stories about touring, descriptions of an old beloved utility bike they wish still existed. It is almost as if not just the Temple's wooden panels, but also its visitors, become the receptacles of each other's stories and memories. 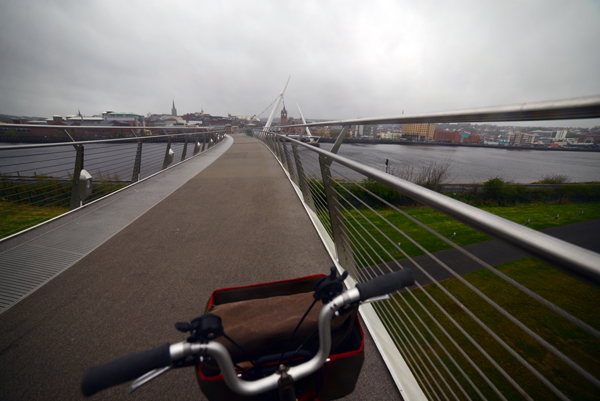 Rolling back into town just as the weather turns nasty, I feel lightheaded from the tremendousness of it all. I doubt that I will go to the bonfire. But even as I feel pity for the structure, to which I've already managed to get accustomed, I also understand why the bonfire is needed, why it is helpful. Perhaps had I left something tangible behind, I too would want to go.

In the rain I am racing over the empty bridge now toward the city center, the wind picking up. Like an effective piece of art the bicycle moves me. It moves me whether I understand it or not. It moves me regardless of how well I know its background. The bicycle moves me and that is self-evident.
Labels: art Ireland stories