Finding a Winter Wander-land (and Other Coping Strategies) 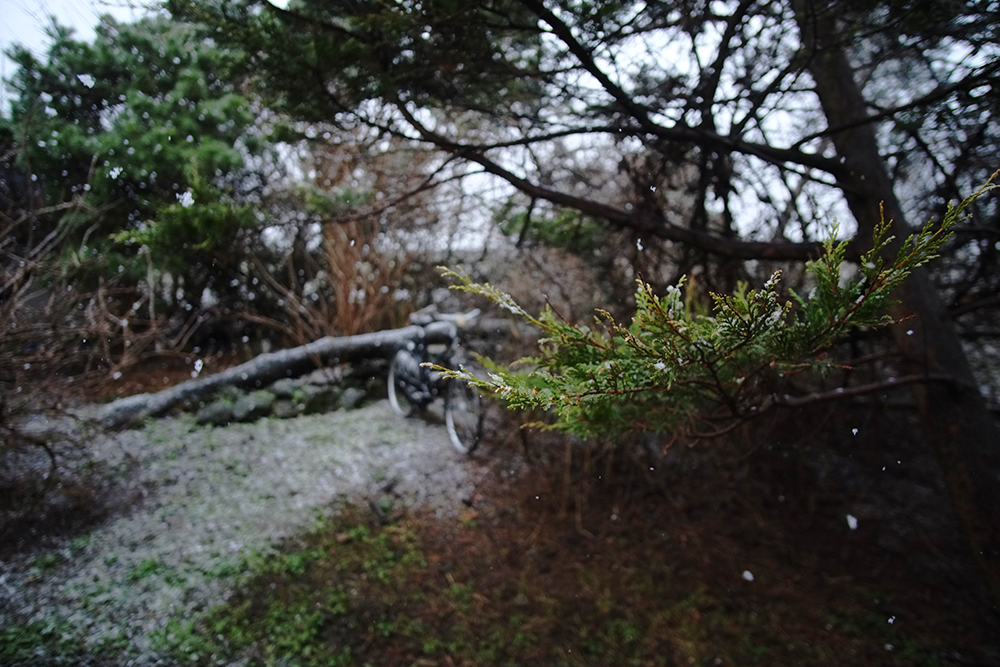 Rummaging through some years worth of photos over the weekend in an attempt to tidy up my hard drive, I noticed something interesting. February, despite being the shortest month of the year - as well as one of the coldest - seems to be my most productive month photographically. Judging by the sheer quantity and frequency of the photos, it would appear that I can't step out the door without my camera this time of year, and that everything I encounter - from rusty chainlink fences, to bits of snow-covered grass, to the tracks my bicycle's tires make in the slush - receives its lavish attention. 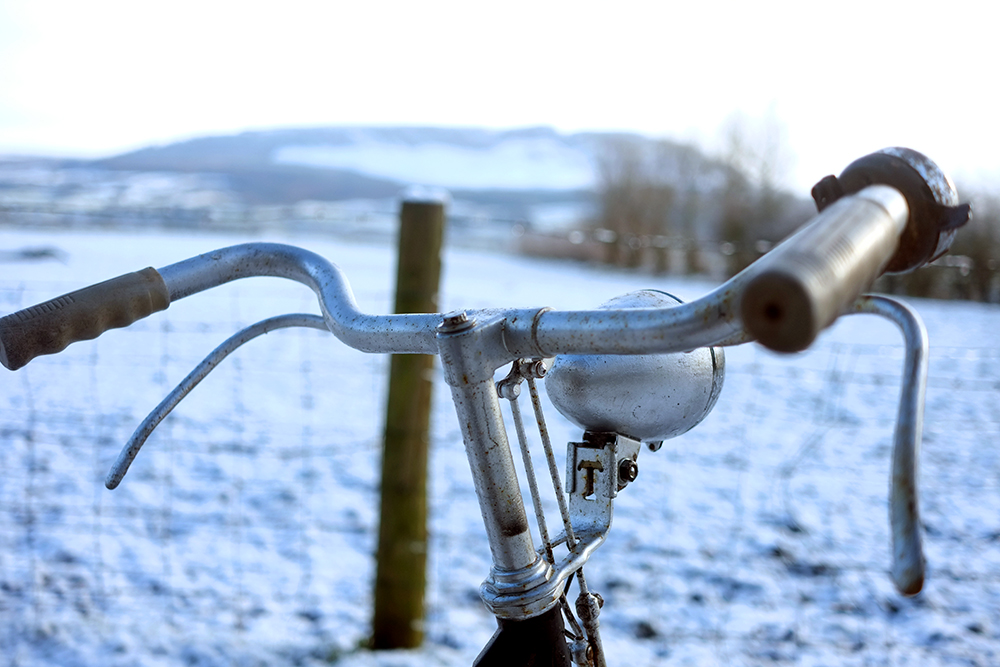 On the surface it would seem the season's stark and ethereal beauty inspires me more than any other time of the year. And I do enjoy winter. Up to a point. And that point is usually passed by the time February rolls around! So in actuality, I realise, the hyper-active photography is more of a coping strategy. Just as I would use it at social gatherings that I no longer want to be at, but for some reason have to, I use the camera to deal with a tedious season that has outstayed its welcome yet shows no signs of leaving. I use it to squeeze the most out of the few hours of daylight I have at my disposal. I use it to compensate for the lack of freedom I feel due to my decreased travel radius. I use it to shift my focus from the cold, the wind, and the frozen roads, to the ever-changing beauty of my surroundings. 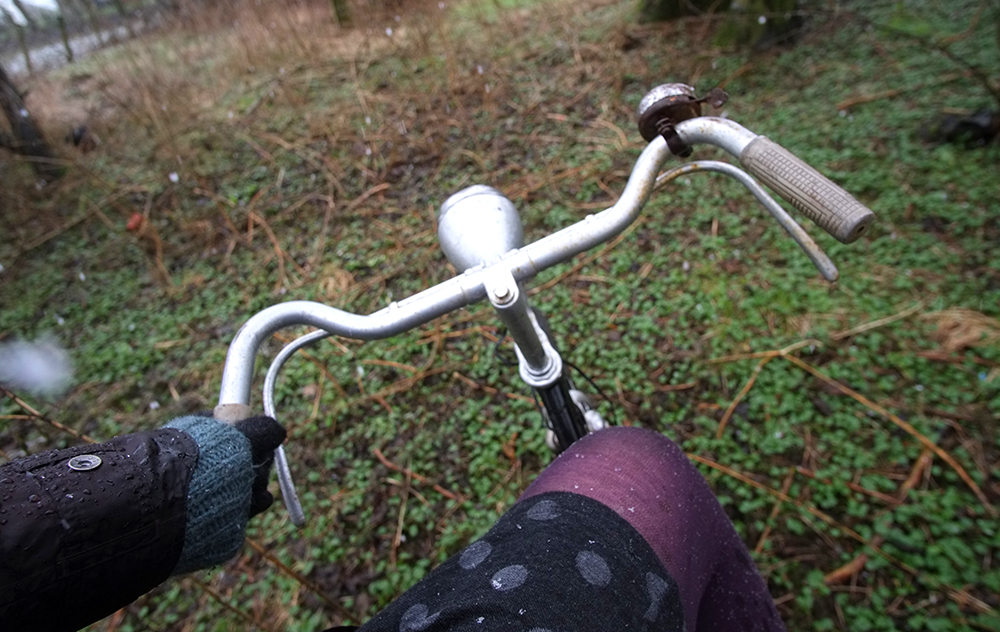 Along with this use of the lens (and the donning of ever-more colorful woolen attire), I've developed another coping strategy. And it's one I can best describe as "micro-wandering." That is, exploring places that - while both too close to home and too ordinary to be of interest in the warmer months - in the winter are transformed into novel, fascinating microcosms, just begging to be "conquered" by bicycle. 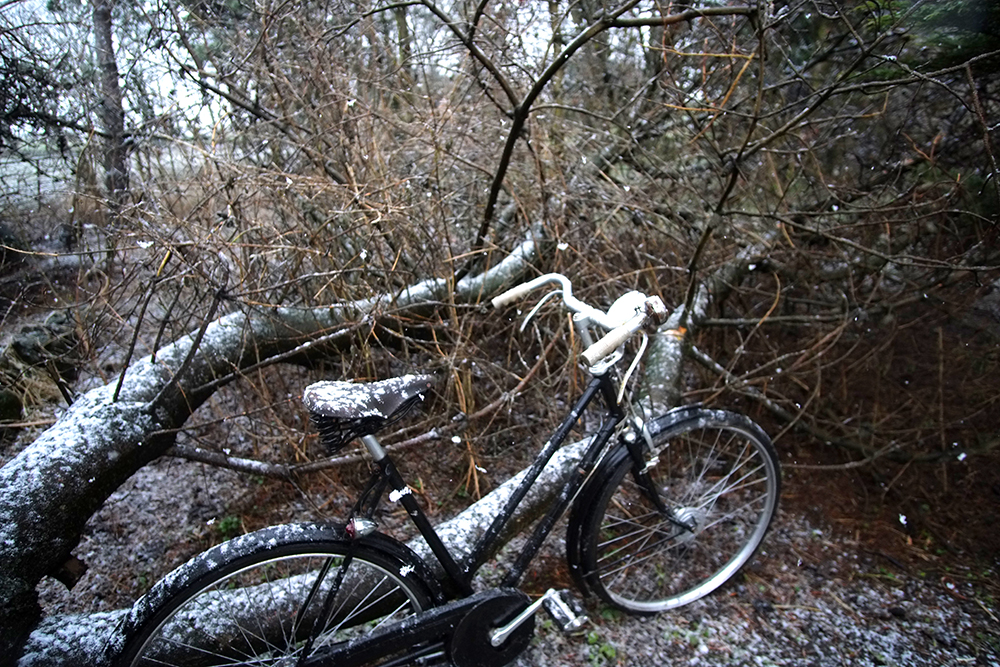 In the course of these micro-wanderings, the scanty patches of woods behind my house become elaborate obstacle courses, taking ages (okay, minutes) to navigate and requiring formidable skill (or so I like to pretend) to complete. 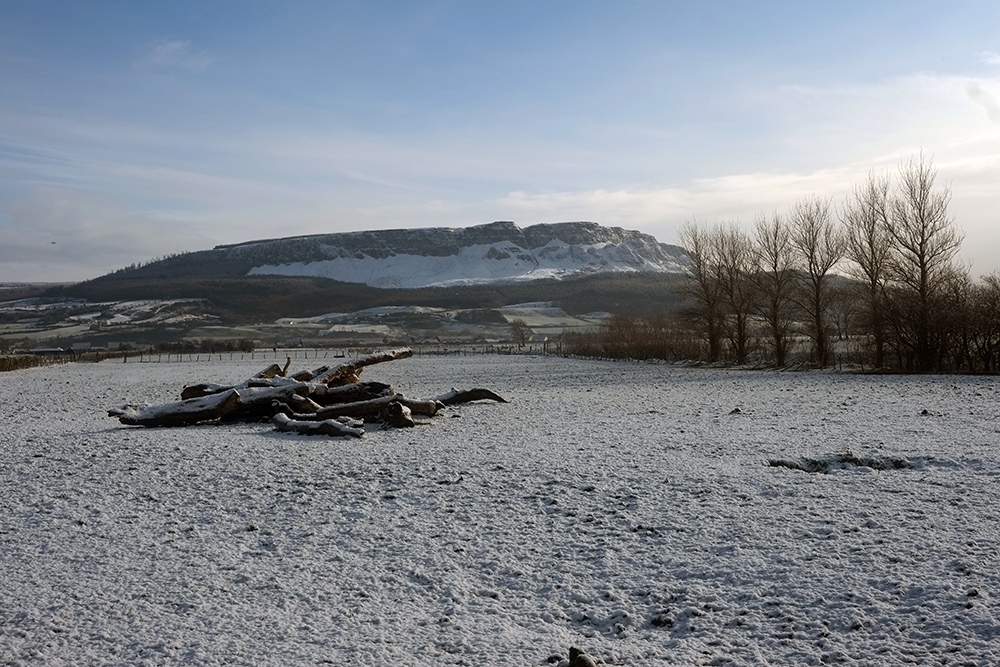 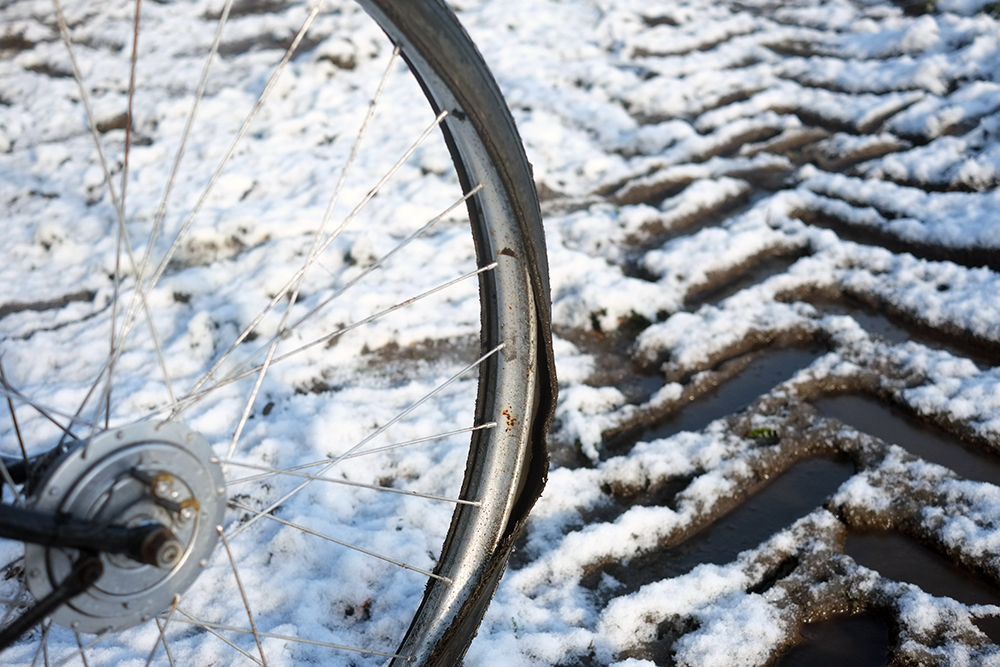 And the 1 mile ride to the shop down the snow-encrusted lane, becomes the quest for the holy grail - made all the more exciting by not knowing whether and when the front tire on the old bike I chose for this crazy adventure might pop off the cracked rim again (whoopsie, there she goes!). 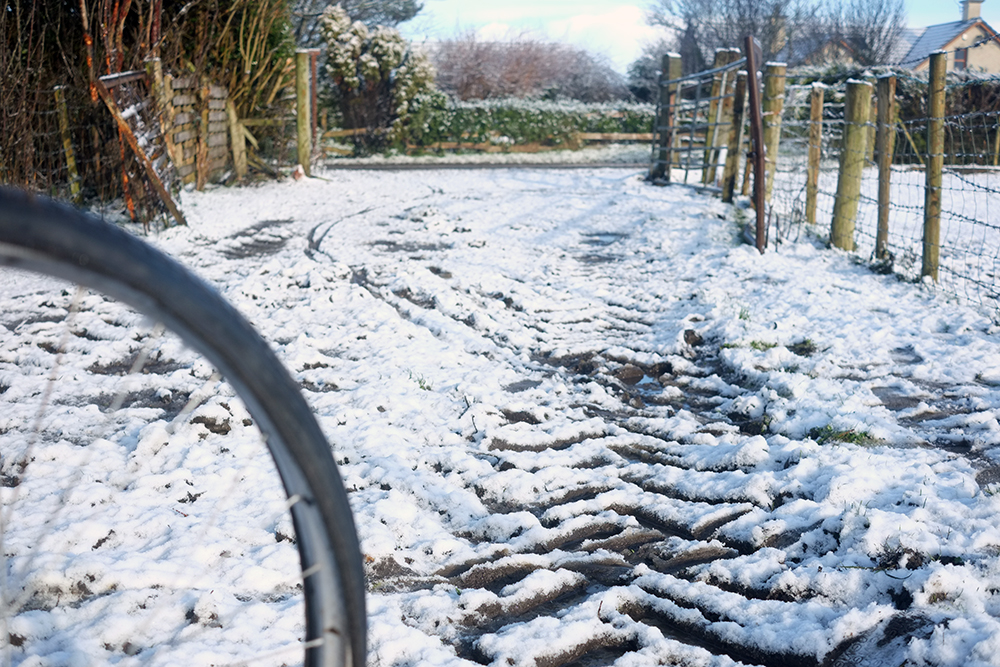 It's a cold, dark world out there - at least for another month or two! - Might as well make light of it, as best as we can. What are your coping strategies when winter outstays its welcome?
Labels: Triumph winter cycling