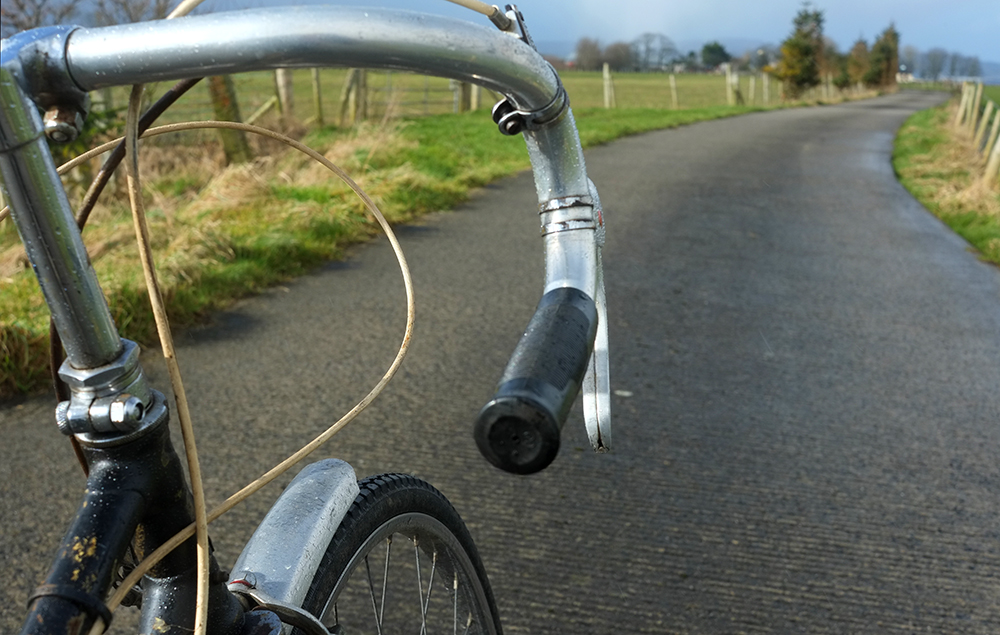 The house I live in stands at the end of a .7 mile farm lane that winds its way through fields of grazing cattle. Thus being the first and last leg of any journey I embark on, this lane - with its lack of traffic and nice scenery - has served as a backdrop for many of my bike photos. Funny enough, the thing that consistently interests readers about the photos I take here is not the scenery but the road surface. What is that stripey stuff and what's it like to ride on? Ah, what indeed! Well, instead of explaining again and again, I thought I would write a post addressing the matter concretely. Got the hint yet? 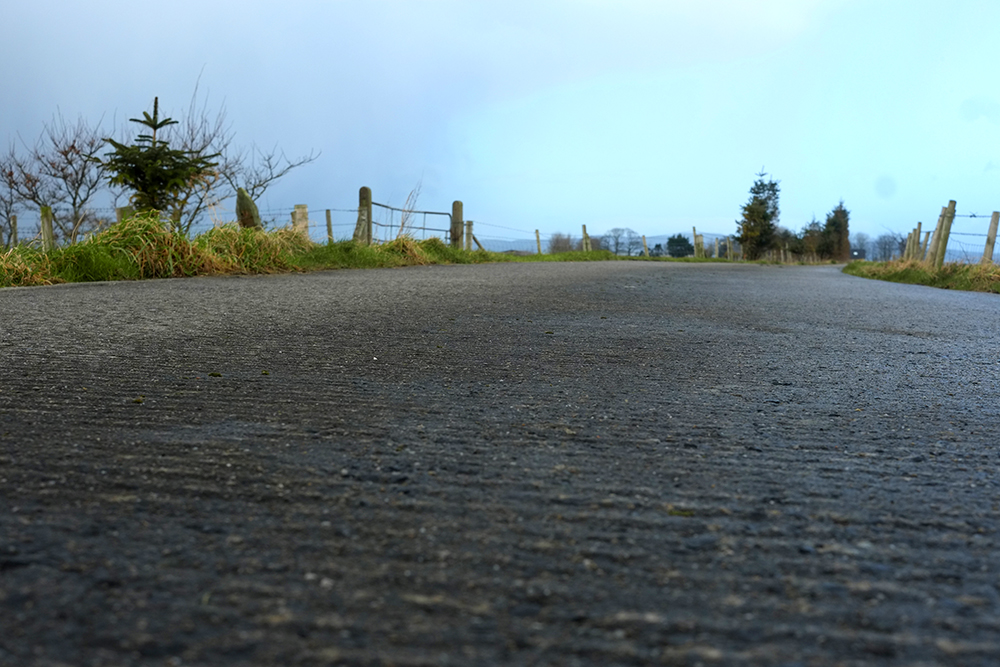 The road surface you see here is what is known as tined concrete. To create the stripey-texture effect, concrete is poured, then gone over with a rake-like implement (like so). The main reason for the use of concrete on lanes like this is that it's long wearing. Heavy farm machinery is hard on traditional pavement and chipseal surfaces. Dirt and gravel can become impassable after heavy rains. In comparison, concrete is long lasting and reliable.

What the tined surface treatment does, is improve traction in wet conditions. It has other functions too, such as muffling road noise, but the traction is really the main reason it's used around here. The local farm lanes tend to be very narrow and winding, with deep drops into water-filled ravines to both sides. Losing traction in the rain or on tractor oil residue is, frankly, undesirable - especially for the enormous tanker trucks that come to collect milk and vehicles of similar size. 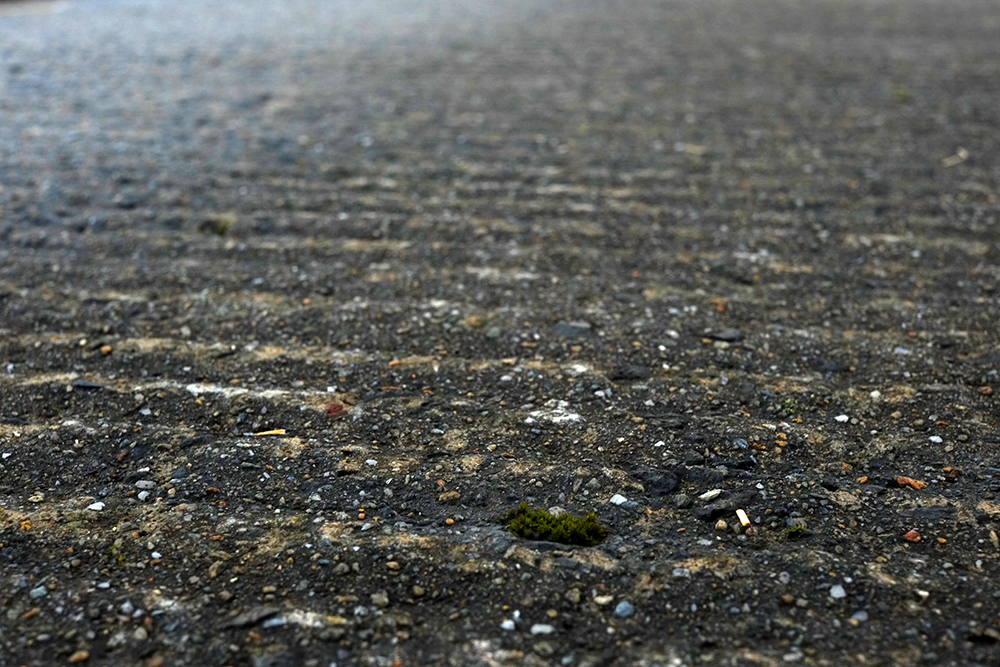 The grippy surface texture is also appreciable on the bicycle - allowing me to corner in the rain without slowing down too much. And despite its washboard appearance, this surface does not cause too much jitter or road buzz - though, of course, it helps that my bicycles are immune to that anyway. 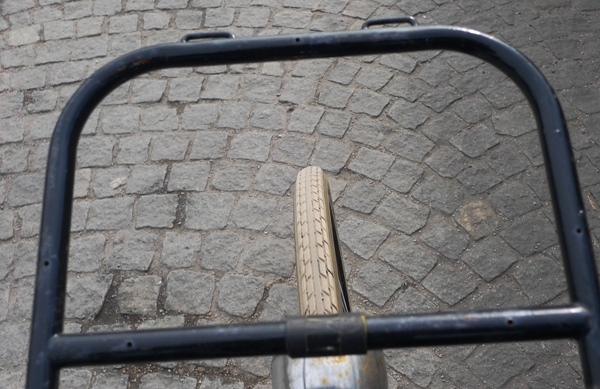 Examining the tined concrete groves (literally - whilst I laid on my stomach taking photos) made me recall other non-standard road surfaces I've encountered over the years. My favourite of these is probably cobblestones. In Vienna quite a few city streets are sett and cobblestone paved, and on the right bike they were a blast to navigate - so civilised and quaint in appearance, but in reality rough-edged, bouncy and unpredictable. I rode a lively low-trail vintage city bike with fat tires there, and it was just lovely. I would love to ride longer distances on pavé rural roads in France or Belgium some day.

As for my least favourite road surface, that would definitely be brick. It's not very common, but on occasion I do encounter stretches of city streets and even dedicated bicycle paths that are surfaced in brick, and the problem is that - even in the best conditions - they tend to be treacherously slippery. One of the few times I've come close to "wiping out" on my bike, was on a brick path in some very mild drizzle. If at all possible, I try to avoid this surface.

The smooth pavement of New England roads used to feel like a neutral surface to me. But now the new neutral is the rougher chipseal tarmac of Northern Ireland - so that when I first go cycling in the US on one of my visits back, the pavement there feels unnaturally smooth and a bit slippery. It's also a boost to my self esteem, since on American roads I am noticeable faster! 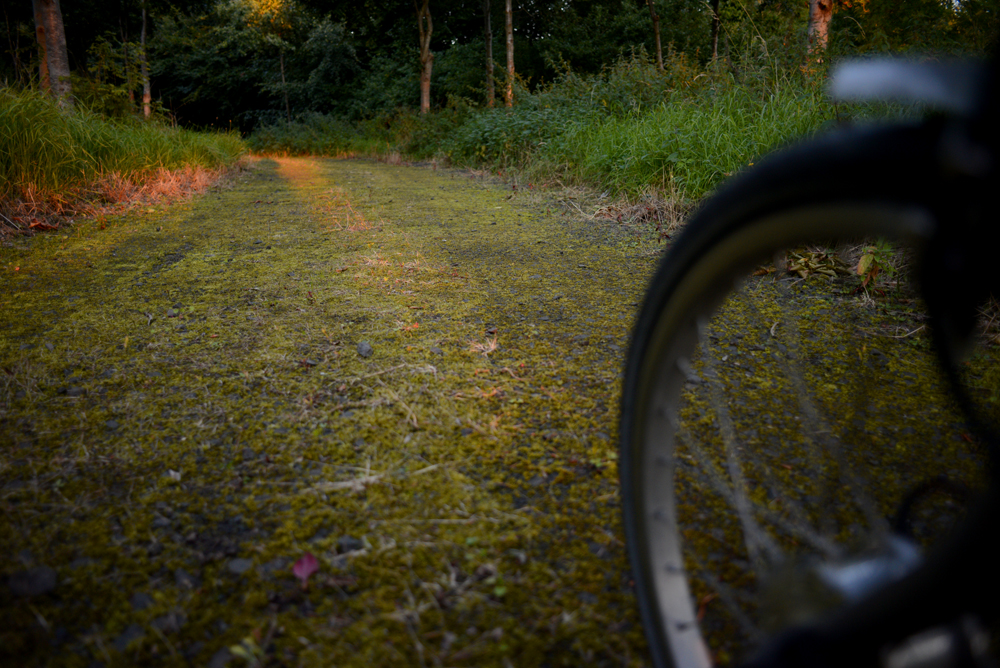 And then of course there is the rough stuff. My unpaved preferences lean toward packed dirt, rather than gravel, my favourite being when the soil is heavy in clay content, like in some parts of Vermont. And as far as my least favourite... I am not a huge fan of deep mud, rough roots, or deep sand, despite being better at handling them than I once was. But nothing has the power to get me off my bike like extreme washboard. And I'm not talking about shallow ripples here, but the kind that are a foot tall. When I first encountered this phenomenon, I did not even think it was possible to cycle over such a surface. And yet my companions proceeded to do just that in a kind of slow hopping motion, as I walked my bike beside them after several failed attempts!

I am blessed with many types of road surfaces where I now live. When I turn off onto an unexplored lane, I never quite know what awaits me there - tarmac, chipseal, concrete, dirt, or moss-covered stone. Some of these textures I like better than others, but the variety in itself is part of the fun. What are the roads like in your neck of the woods, and what are your preferences?
Labels: comfort Ireland unpaved