A Nod and a Shake: On Cultural Subtleties and Non-Verbal Greetings 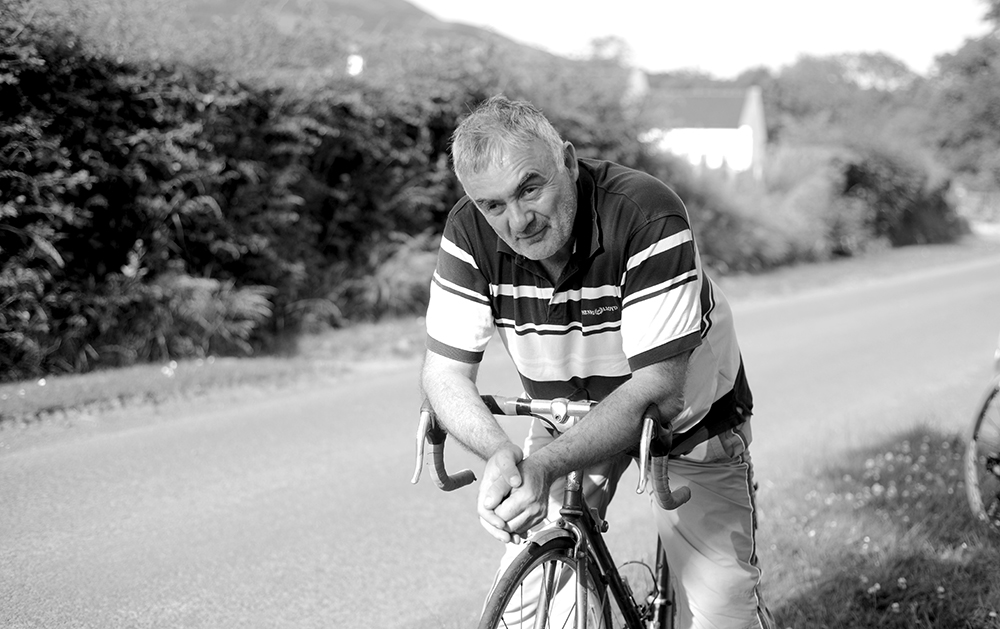 Whether we're passing motorists, pedestrians, or other cyclists whose presence we wish to mark with friendly acknowledgement, we are all well versed in the art of the silent greeting. It would hardly make sense to shout "hello" across the road after all; it would only get drowned out by the street noise. In its place we employ a set of standard non-verbal behaviours to communicate acknowledgement or recognition. Typically, this will be a wave of the hand, or a nod. A straightforward enough affair.

So you might understand my confusion, when, whilst out pedaling on the roads of Northern Ireland, I began to notice motorists occasionally shaking their heads at me in what I could only interpret as disapproval. It was a very distinct shake of the head, left to right - a gesture that seemed to be saying "tsk-tsk-tsk," or "some nerve you have!" I could not think of anything I was doing to provoke such a reaction. Was I taking up too much of the road? Did they simply dislike cyclists?

This last hypothesis was dismissed when I saw the same shake of the head performed by a passing cyclist. A slow and deliberate left-to-right movement, with a subtle upflick of the chin at the end. The unsmiling expression that accompanied this only reinforced my sense that this was a gesture of disapproval. What was I doing to annoy them?

Thoroughly confused, I asked local cyclists about this gesture. They did not seem to know what I meant. To their amusement I tried to illustrate by imitating it, but couldn't quite get it right.

Finally, I was in a car with a friend when, passing another car on the road, in front of my very eyes he made this very gesture. A straight-faced left to right shake of the head, with an upflick at the end - as if the driver had made some maneuver that displeased him.

And I thought that I knew the difference between a nod in greeting and a disapproving shake of the head! Clearly, the distinction is more culture-specific than I had imagined.

As I marveled over this, I remembered other misunderstandings over non-verbal exchanges with cyclists that didn't involve overseas travel. For instance, the "roadie wave." For those not familiar with this form of greeting, it is an exceedingly subtle gesture - a "micro-wave," if you will - that is performed without the cyclist removing their hand from the handlebars, often with just a couple of fingers. When I saw this salute for the first time, it threw me for a loop, as I had thought the cyclist was pointing at something on my bike - perhaps to warn me. Did I have a flat tire? Was my saddlebag flapping open, its straps dangerously close the spokes? I may have actually pulled over to check!

And what of the right-hand turn signal - the one performed by bending the left arm at a 90 degree angle - that gets mistaken for a wave? In Boston I would often see cyclists execute this gesture, and then motorists "wave back" at them in greeting. Well, at least this dangerous gap in education is filled with friendly sentiment!

What has been your experience with non-verbal exchanges while cycling?
Labels: safety stories traffic