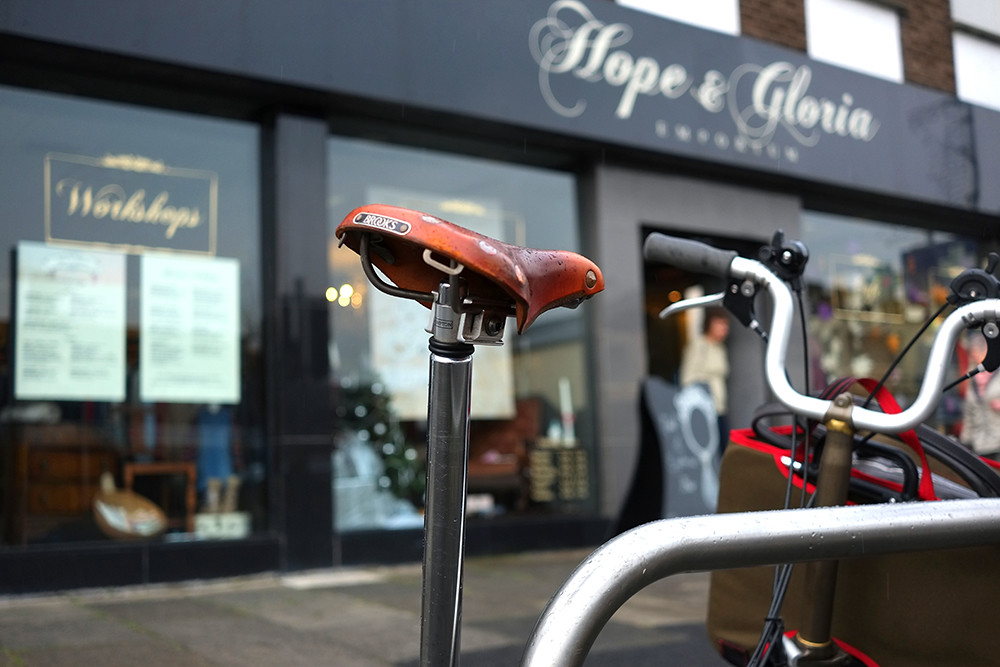 I don't know what it was that inspired me to do something so out of character as joining a workshop. The scheduling! The commitment! Not to mention the other people...

I have always preferred to learn things on my own terms, and that has been my approach to sewing since I first picked up a needle at age 5 and became personal tailor to my stuffed animals (by today's standards, it seems wild that I was permitted this - children lived dangerously 30 years ago!). But somehow, as I started to ride the bike I made with my own hands and recollections of how tear-inducingly difficult that process was trickled in after I'd successfully managed to suppress them, I began to think about things. Things like structure, diligence and replicability. I enjoy the process of creation. But whether I'm painting, taking photos, making clothing, tinkering with bikes, or building a website, that process is always a chaotic one for me. At the core I am an ideas person - excited about realising those ideas, yet careless and imprecise in their execution. And, as I ran my finger for the Nth time along the secret imperfections of my bicycle frame, while simultaneously allowing my gaze to fall upon the crooked hem of my DIY dress, the knowledge that I could have done a better job with both nagged at me uncomfortably. I need to learn to do stuff properly damnit. 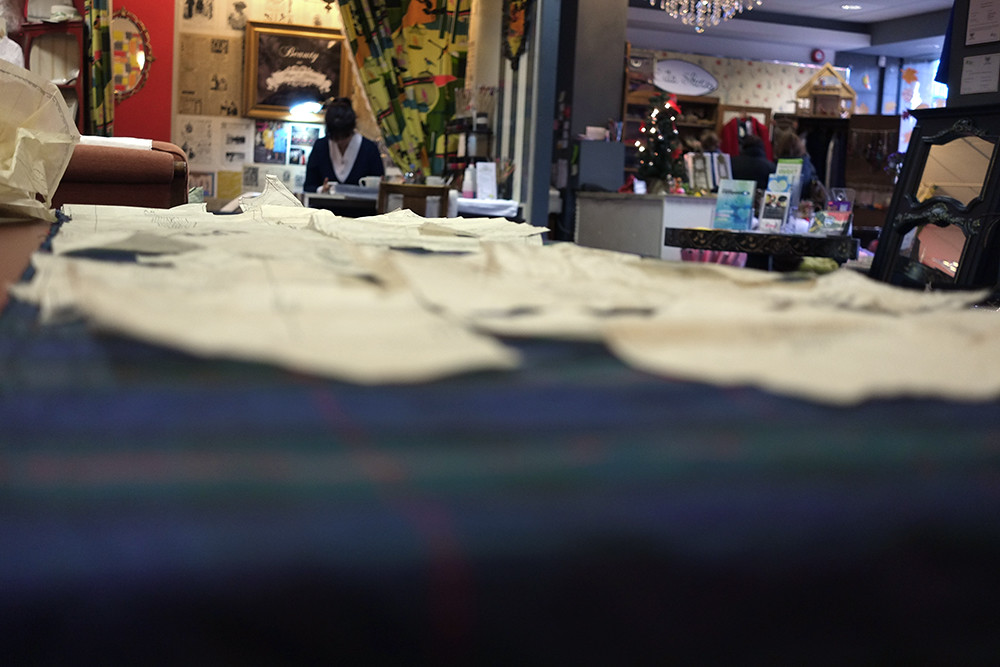 It was while in this frame of mind that I stumbled upon a shop in the nearby town of Coleraine that offered sewing workshops. Before I could lose my nerve, I walked in and signed up - explaining to the instructor that while I sew, in my own haphazard fashion, I had never learned proper technique or used a pattern before. "Well, this should be interesting!" she said, and sent me to another little shop down the street to pick out fabric and a pattern for a project of my choosing. 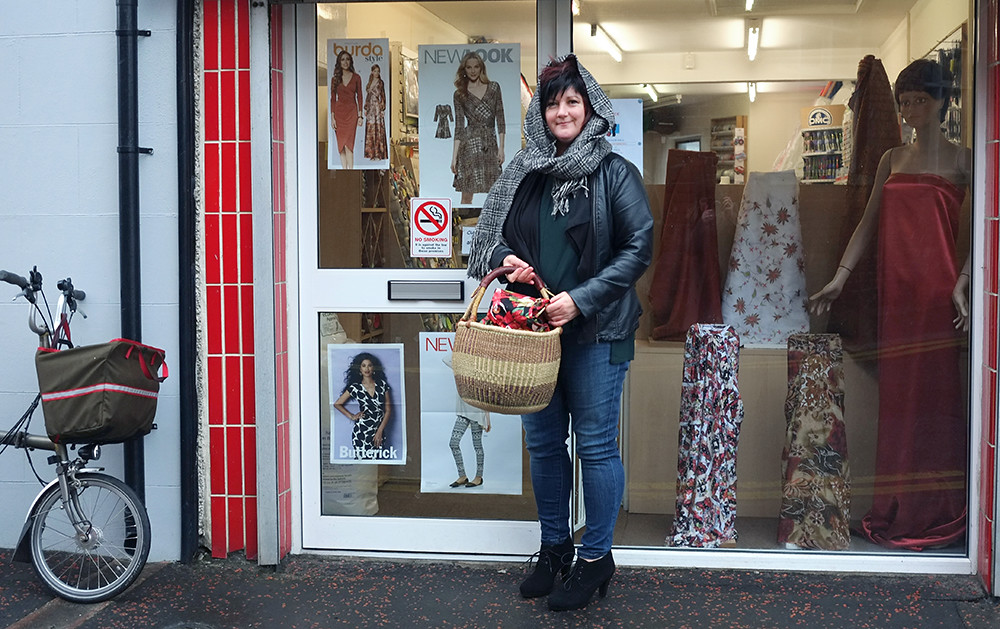 The town of Coleraine, while quite small, boasts several sewing and crafts-themed shops with amazingly helpful staff. Within minutes, I emerged from one of them clutching a dress pattern in my size and a heap of raw silk tartan fabric the likes of which I had not even known existed, let alone imagined snagging in this tiny unassuming shop. 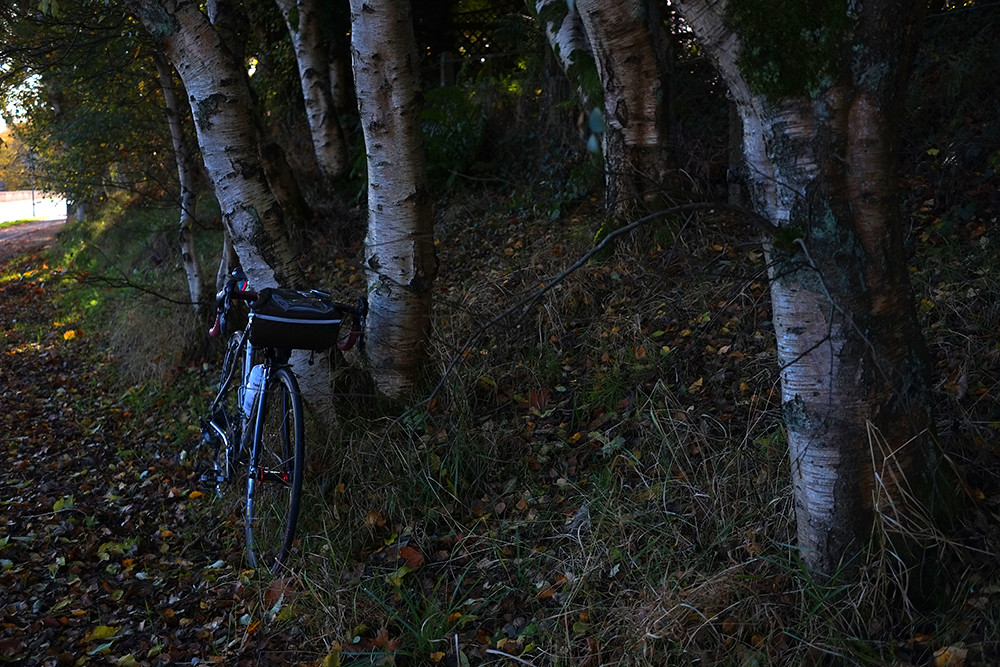 I retuned home looking forward to the workshop. Of course there was the small matter of getting there. Door to door, it is a 13 mile trip - which would make it a lovely morning ride in good weather, with one long steep hill to tackle about half-way. But since this is November in Northern Ireland we're talking about, the reality is more like a horrendously windy, at times downpoury, horror of a ride to face first thing n the morning, with a 14% grade climb thrown in for good measure. Determined not to miss any workshops, my plan was to get there either by bike, or bike + train, depending on how bad the weather is. So far, it has been working out. For the first day of the workshop the weather was decent, and I took my roadbike, carrying fabric in the tiny handlebar bag. For the second class, I could hardly face the 30mph+ winds, so I took my folding bike and rode it 2 miles to the train station, then cruised to the workshop once the train delivered me into the town center. They even have a bicycle rack right outside the shop window! 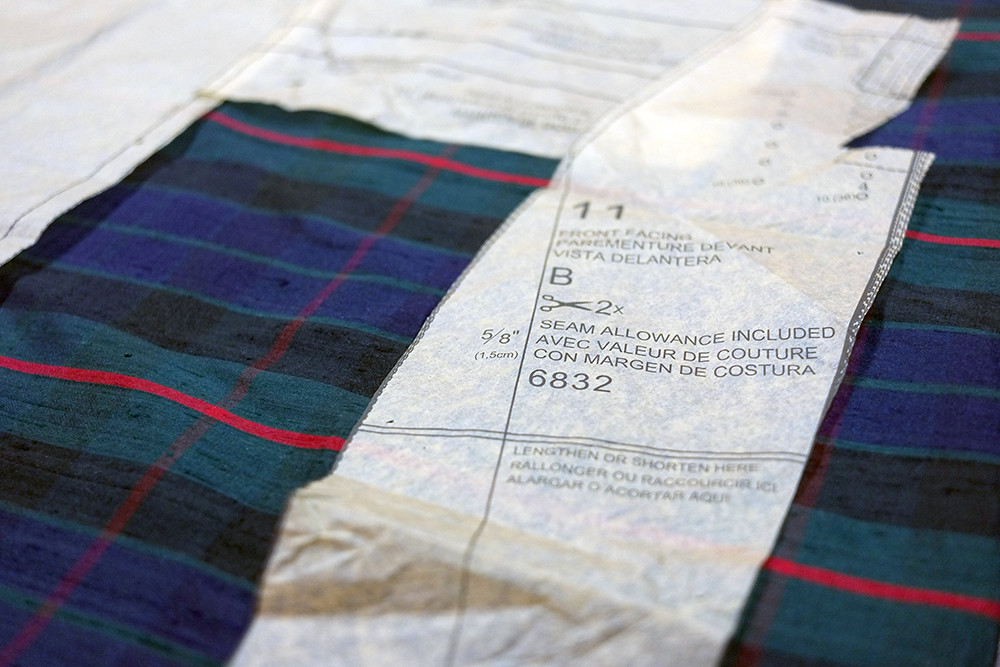 Within two weeks of the sewing workshop, I have learned more about working with patterns than I thought myself capable of in such a short span of time, so I'm very pleased and excited. Unlike bicycle maintenance, mechanics and construction, I actually have a natural aptitude for sewing. And I have to admit it's a huge boost in morale to work on something I am naturally good at for once, as opposed to working on things that make me feel inept no matter how hard I try to master them. 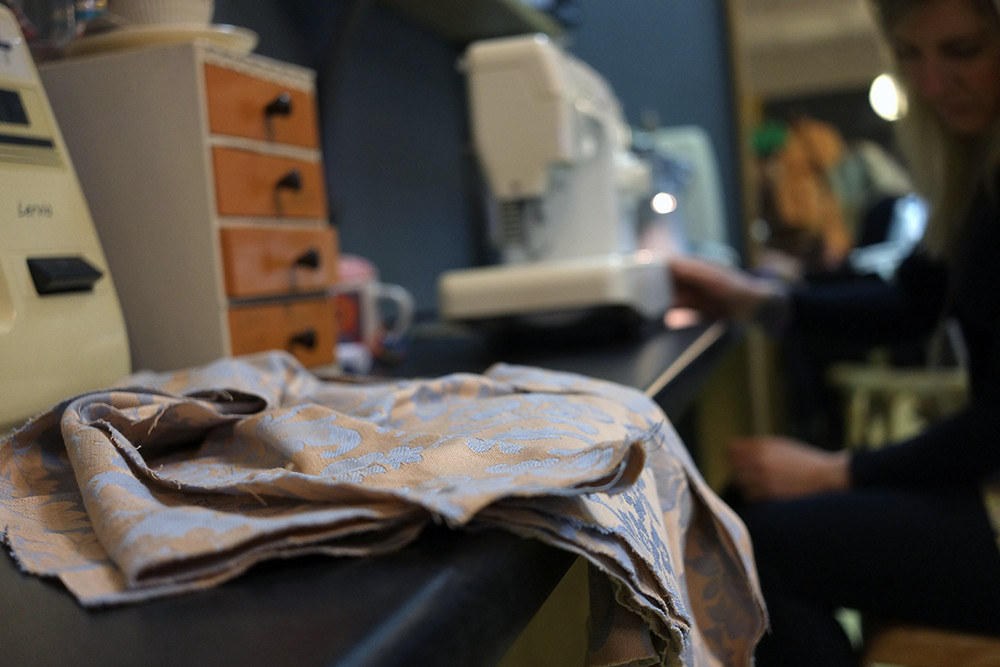 The atmosphere in the sewing class is absolutely wonderful. Heaps of fabric everywhere. A row of refurbished sewing machines. And a small group of women from a variety of backgrounds, all quite friendly and easy to talk to. Being among them made me realise that I've become quite feral since my move to this rural area - unaccustomed to human contact other than with my neighbours and those I know through cycling. Why, I had almost forgotten you can talk to people about things other than farming and bicycles! 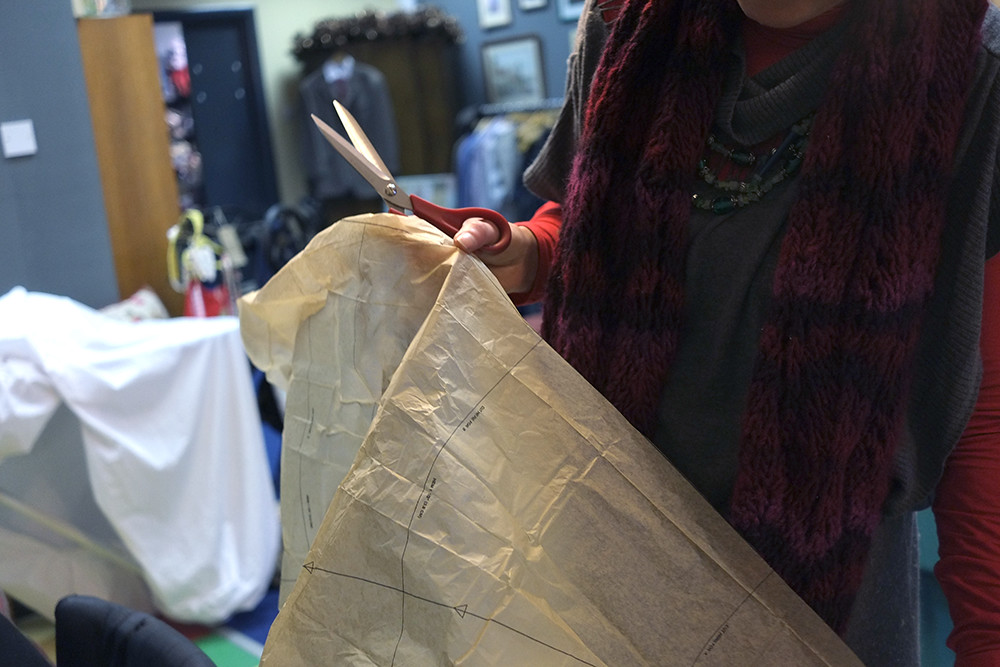 In the class I encountered a lovely woman from Paris, and we said to each other almost simultaneously, "How did you end up in Northern Ireland?" We chatted, and in the process I told her about my tentative PBP plans.  She, in turn, shared that her son is a cyclist. "So is mine," said the woman threading her sewing machine next to us. I might not need to think of non-cycling topics after all.
Labels: DIY handmade not cycling