Not Just the Stuff of Memories 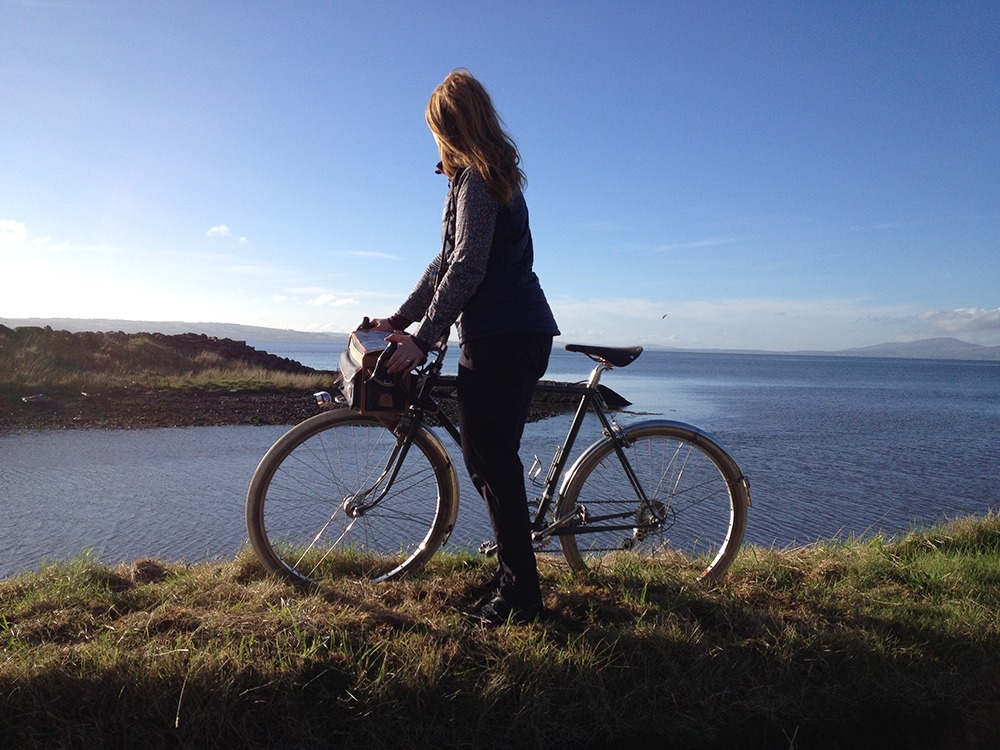 Out on bikes side by side with a friend, it was one of those late Autumn mornings, simultaneously freezing and piercingly sunny. The air smelled strongly of dry hay from the farms and dry leaves from the forest, then more softly - like the basenotes of a perfume - of seawater and peat fires. Smoke rose in ringlets over houses at the base of the mountain and was carried up over the ridge to mingle with the streaming sunlight. Wind blew in playful, uneven gusts as the road ahead shone blue with the sky reflected in its glistening wetness from the previous night's rains. My eyes were tearing, my nose was running, the skin on my face was tingling. I was swallowing cold air - my mouth frozen in the shape of a silent "aaawh!" from the sheer sensual pleasure of it all.

From the other side of the road, my friend was smiling and saying something to me, but the words dissolved in the hum of the wind, in the noise of a passing tractor.

More sound that I couldn't make out, then laughter. The hiss of tires on a wet road.

He pulled up beside me now, bumping my handlebars and shaking his head. "I said, you look happy!"

And as I said it, I knew all at once that it was true. Not only that, but I knew that it had been all right to admit it, to say it out loud just like that. This was not a fragile, fluttering sort of feeling that manifested itself fleetingly and dissolved as soon as it was acknowledged or noticed. No, this was a thing that had shape, solidity. Biding its time and feeding itself on scraps of emotion, it had now taken root, deep in my chest and in my gut, its branches spreading through my very limbs, its blossoms tingling in my fingertips. Like a resilient weed, it had thrived despite everything that went on around it. It was dense, stubborn, persistent. It wanted to live.

What a thing to realise on a sunny morning bike ride.

Earlier, with another friend I'd had a conversation about this very thing: the experience of happiness. She had wondered whether happiness could be felt, in the moment, at all. Her theory was that - unlike misery, which we're keenly aware of while it's happening - happiness is something only experienced retrospectively, in memories. We will think back to a time in our lives, or to a specific event, relationship, moment, and realise "I was happy then." But how often are we aware of this state while we are actually in it? Do we ever truly feel that we are happy here and now?

A year ago, I would have shrugged my shoulders, been unable to answer. But today, my answer is yes. There's no formula, no clear connection even between cause and effect. Yet it can happen. And as I think about all that's happened over this year past, it is that which I am most thankful for.

Happy Thanksgiving and thank you for reading!
Labels: holidays