The Allure, and Lure, of the Headbadge 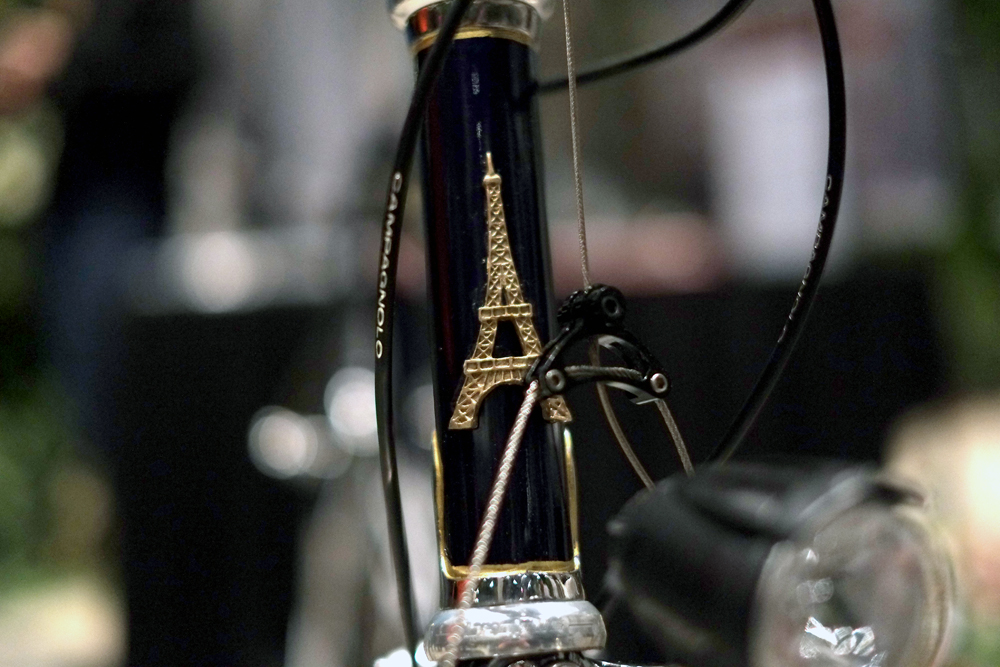 So here's a question for you: Have you ever bought a bike, considered buying a bike, or wanted a bike solely because you loved the headbadge? Last week a guy I met confided that he was ordering a bicycle from a specific builder for this exact reason. And just as I opened my mouth to tell him I thought that was kind of nuts, I stopped myself - remembering that time when a friend sent me a link to an auction of a vintage bike - its frame decrepit and several sizes too big - sporting a headbadge with my name on it. Apparently, the obscure and long-defunct manufacturer briefly produced a model under this name, and for the 3-year duration of its unremarkable existence it got its own headbadge - all floral and Jugendstil-like brass; sadly, far more interesting than the machine itself. As a certain vintage bike collector I know would say: "How can you not?"


Well, thankfully I was sensible enough to resist. But I can't deny that, for a few misguided moments, my finger hovered over the "buy it now" button. So, who am I to say? Whether we're attracted to a headbadge because of some personal connection, or because we find its imagery or symbolism appealing, if it pleases us it might be as good of a reason as any to want a bicycle. 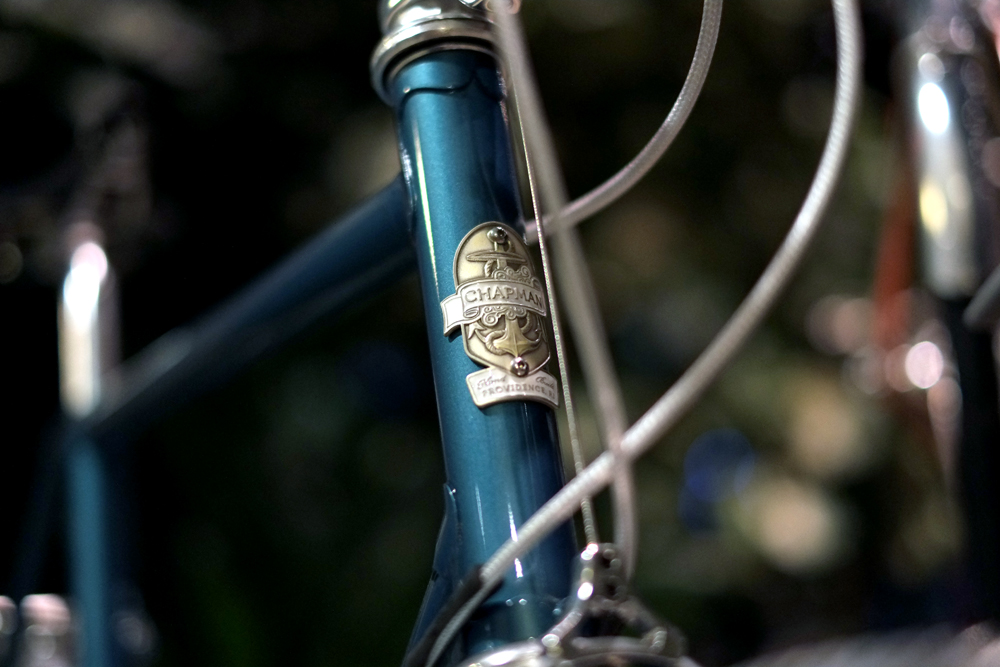 Among contemporary builders, the headbadge I am most attracted to is that of Chapman Cycles. Seeing it never fails to induce a sort of aesthetic salivation, and I can stare at it transfixed for hours. The large silver anchor appeals to my love of the sea and reminds me of state I grew up in. But I also like the way in which it is rendered - intricate, and with a deeply etched look to it, like an exuberant sailor's tattoo. Seeing it again at a bike show last weekend, I couldn't help but fall prey to its charms all anew, and for god knows how long I stood there tracing its outlines with my finger in appreciation of its glorious anchoriety. So maybe I wouldn't go quite as far as to order a bike from Chapman Cycles for the sake of the headbadge alone. But if I couldn't decide between two builders and one of them was Chapman? Yeah, I think the headbadge would win me over.

Looking at the bare head tube of the bike I was riding today, a couple of people asked when it's getting a headbadge. "Come on, it needs an identity!" But I guess I don't really feel that's necessary. My bike's identity is contained within itself. A headbadge, however, could lend it allure. As a narrative tool, it could suggest a history, tell a story, invite the viewer to collaborate in an act of mythmaking. It could appear to either resolve or deepen the mystery of the bicycle's origin. All interesting stuff, but the question is do I want that?

I flip through folders of interesting headbadge photos I've taken over the years. There are ships and mermaids, flowers and snowflakes, letters and numbers, animals and insects, gods and deities, indecipherable symbols. I add the Eiffel Tower headbadge to this collection and wonder whether someone out there will buy a bicycle because of it. "Did you know they installed a glass floor there this year?" I'd heard a woman examining it say to the man beside her. "I did not know that, hon," he replied, "I did not know that."
Labels: handmade headbadge