Can You Train for Distance Without Going the Distance? 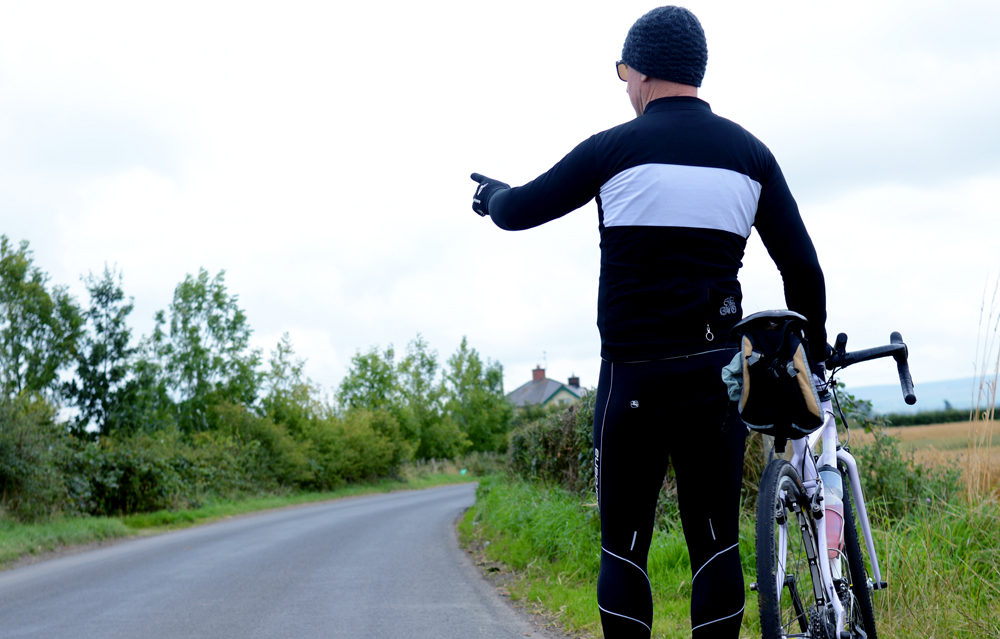 The longest ride I have done to date has been a 300K brevet. To train for it, I basically did a whole lot of cycling in the month preceding the event, working up to increasingly longer distances week by week. This worked well enough for me. I completed the 300K within the time allotted and with surprisingly little bicycle-related discomfort.


Pleased as I was with this outcome, I was far more impressed by my friend Keith. We rode the brevet together, but trained for it separately. And while I focused on miles, Keith - not having that option time-wise - focused on fitness. He did frequent, short and intense rides that included intervals and plenty of hills. To be honest, this had me a little worried. Keith had been a bicycle racer (road and time trial) for decades, but he had never been a distance cyclist. Would his approach to training allow him to cope with nearly 200 miles in the saddle? Well, clearly it did. Whereas I had merely survived the 300K, for Keith it seemed a piece of cake. And sure, his background had him at a slight advantage to me. But I have witnessed others with that same background quit long distance rides, while the flabby weakling that is I managed to carry on and finish.

Fascinated as I was by this, my interest in it was purely academic - until, some months later, I too found myself with a long ride looming on the horizon and no time to put in big miles. So this time around, I'm trying Keith's method. I am nervous about it, but optimistic, as a few things are different for me this time around. Namely, my overall fitness is better, and I have been doing other forms of exercise - including running and hill walking - that have increased my muscle tone. Whether it'll work out for me or not I will soon find out.

In the meanwhile, I was curious what some of the experienced long distance cyclists I'm acquainted with thought on the matter. Can you train for long distance rides with a focus on intensity rather than milage? Here is a sampler of their thought-provoking answers:

Pamela Blalock, The Blayleys:
Short intense rides, also known as speed work, are definitely useful. I think that with a good solid base of fitness, but not necessarily long rides (> 30 miles), one can knock off a 200km without much bother. But beyond that distance, I suspect butt soreness will come into play, regardless of how well the bike fits. But if you have years of experience doing 1200kms, that you canget away with a lot less. And some people are athletic prodigies. The other exception is youth. Younger people seem to be able to get away with a lot less training than those of us longer in the tooth.

Chris Kostman, AdventueCORPS:
There is no valuable training adaptation beyond riding about 75 miles. That said, the purpose of building up mileage in training for an endurance event is not training adaptation, per se, but other, important reasons, such as: learning to pace oneself properly, learning to eat and drink properly, learning which body parts will succumb to injury or discomfort over greater lengths of time, and learning to ride without any, or with minimal, sleep. That said, for cyclists with an extensive endurance riding background rides over 75 miles are rarely necessary because they already know how to pace, eat, drink, forego sleep, and ride well in the dark. Training to ride fast is harder to do than ride far, and reaps far greater rewards in terms of cycling fitness and adaptability.

Dave Smith, Ffflow
You can train successfully for long rides by doing shorter more intense rides and interval training sessions. There are a few aspects to consider. By doing repeated intense efforts you can recalibrate your tolerance for suffering - you can ride when feeling in discomfort. Intense efforts boost cardiovascular capacity much more effectively than long slow rides. Short intense rides also help with body fat loss, something that will help delay fatigue on longer rides. I've trained many people for endurance events who are time poor but determined. Long hours in the saddle are desirable rather than necessary.

MG, Chasing Mailboxes:
The larger question when I train and plan for rides is “What kind of ride do I want to have?” My goals are generally to enjoy the ride while it’s happening and to finish it without any lasting pain or injury, not just to endure it. To my mind if a person sets a 300K as the goal, he or she needs to work up to riding a century, a 200K, and then do at least a couple of back-to-back century rides with hills (in addition to weekly mileage and cross-training) to meet the goals I describe. I suppose a person could make it through a 300K doing short but intense rides. But I don’t know how much fun it would be or if he or she could finish it without lasting aches and pains. It’s a gamble I would not want to take. After a certain point, there is no substitute for time in the saddle.

Based on these and other conversations, I would say it's generally agreed among distance cyclists that speed work and some degree of cross-training are important supplements to building up milage. There is less consensus as to whether they can function as a replacement. More than anything, I suspect a great deal depends on individual differences. There are those for whose bodies milage is essential, and there are those for whose it is not - or at least less so. And while it's tempting to think it a simple matter of muscle tone and overall fitness, my own observations suggest it is not that straightforward. For instance, I have a friend who is a cyclist, runner, and weight lifter. He has excellent muscle tone, is cardiovascularly fit, and amazingly fast on the bike on short rides. In theory, he should be just the sort of rider whose body can withstand time in the saddle without much ado. But in practice, he falls apart on long rides unless he builds up to the distance very gradually - like in 10 mile increments. Any bigger leaps, and he experiences all the same discomforts associated with unfit riders - including hand, neck, back and butt pain.

I know randonneurs for whom day-long rides are the standard distance; they simply will not bother to get on a bike for anything under 100K. And I know randonneurs (Jan Heine and Emily O'Brien come to mind) who ride big miles mainly during official events, their cycling otherwise consisting mostly of training intervals, hill climbs and commuting. Both categories of riders seem to do well. But only experience can tell which category we will fall into - or more likely, where we will fall on the spectrum between them.

The reality is that most of us, be our jobs 9-5 or freelance, will have difficulty sustaining a training schedule that relies on frequent long distance rides. It may, therefore, be tempting to seek out methods of training where miles can be replaced with intensity. But whether that approach will work for us, only trial and error will tell.
Labels: comfort Monday Mailbox pain randonneuring roadcycling