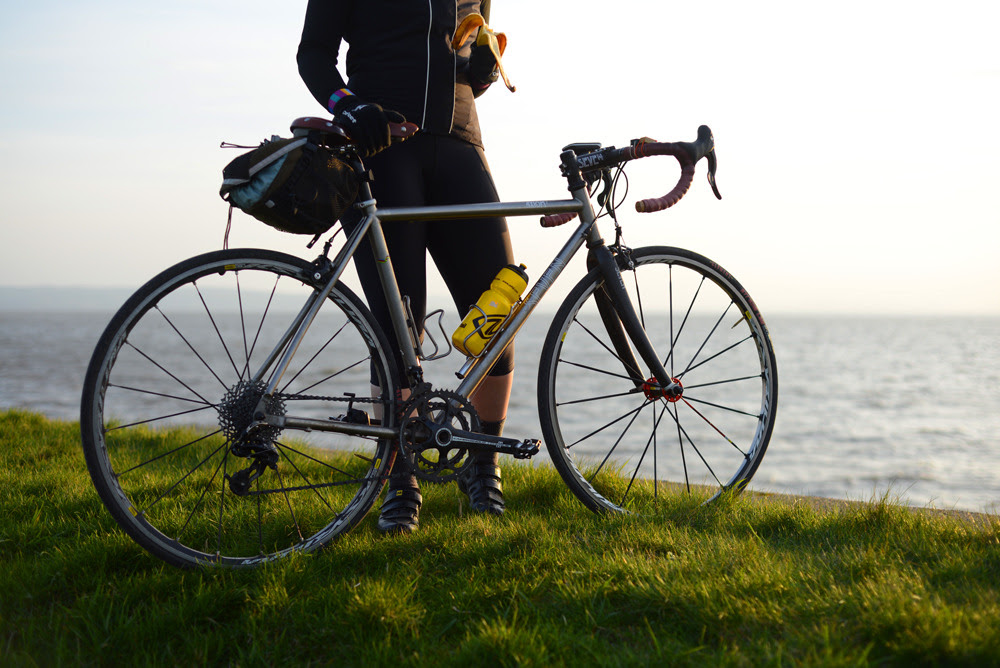 After several years of roadcycling, you start to see patterns: strengths and weaknesses, highs and lows, energy surges and dips - the mysterious ebb and flow of the drive and desire to be on a bike. One thing I've noticed in myself - though it took me some time to acknowledge - is the summer lull.


I fought it at first, so counterintuitive of a thing it seemed. After all, summertime is the best time to be on a bike. The long days. The dry weather. The scenery at its lushest. The abundance of group rides, with cycling clubs at their most active and cycling buddies with free time on their hands. In the winter, it feels natural to hibernate and take a break from the bike for a bit. But the summer seems like the time of year to take advantage of and spent every spare moment you have in the saddle.

And yet, quite reliably, there comes a time - typically in July - when something in me snaps and I go from being on my roadbike every single day (and thinking about being on my roadbike when I am off it), to being out only occasionally, if at all. Instead, I start to crave other activities. Swimming in the sea. Forest walks. Lying in the grass with a book. Friends suddenly find that they can easily lure me out to help shop for baby furniture and kitchen appliances. "Out riding much these days?" they ask, already knowing what the answer must be if I'd agreed to do this in my spare time.

Oh I still cycle for transportation of course; every day. But those waves of restless energy that compel me to pedal, hard as I can, over winding country roads till exhaustion for no reason at all except cycling itself? No matter how I spin it, they've abandoned me.

The first summer it happened, I panicked. What was wrong with me, was I sick? Or (worse) was I sick of bikes? Did I try so hard at something I can never be good at anyway, that I simply burned out?  Well, fine then. Maybe I was not meant to do this after all. Maybe utility cycling was enough. Feeling like an outsider to the athletic side of things, this seemed a reasonable conclusion.

But no sooner did I become resigned to this fate, then the summer lull ended. It ended as suddenly as it began. No pep talks were needed, no guilt trips, no encouragement. Those waves of restless energy, that compulsion, that boiling insanity - it was all back. One August morning I simply woke up and got on my roadbike …and practically never got off, till the winter frosts set in.

The following summer, this pattern again caught me by surprise and worried me. Only toward the end of the lull did I remember the same having happened the previous year and relaxed a little. And sure enough, it ended a month later, as before. After that, while I didn't exactly welcome the summer lull, I would expect it and stopped trying to fight it. Last year I hardly touched my roadbike from mid-July till mid-August - a month of rest sandwiched between periods of hyperactivity. This summer, the lull came a bit earlier, so that I already snapped out of it last week.

Why does this happen to me at a time that for many cyclists is their peak riding season? Probably because my body cannot sustain the intensity that begins in late March or April and grows through the early summer months. And as bodies go, mine must be an "all or nothing" kind of customer: Unwilling to simply cut back, it allows me to overexert myself day after day and month after month, then simply gives out - with-holding whatever cocktail of hormones is giving me the drive to ride until it's ready to sustain me through another 4 months of madness till winter.

The summer lull feels not unlike overtraining or bonking, only less intense but deeper-rooted. In one sense I feel more "normal," like cycling is not ruling my life. In another sense, I feel flat, empty, depleted. More disturbingly, the sight an smell of my bike lose their visceral effect on me. But when it returns, it does so with a vengeance. I don't need to wonder when the lull is over; when I'm pulled toward the bike again like a magnet, I know.
Labels: roadcycling summer cycling