Knowing When to Let Go: Are Old Bikes Always Worth Rescuing? 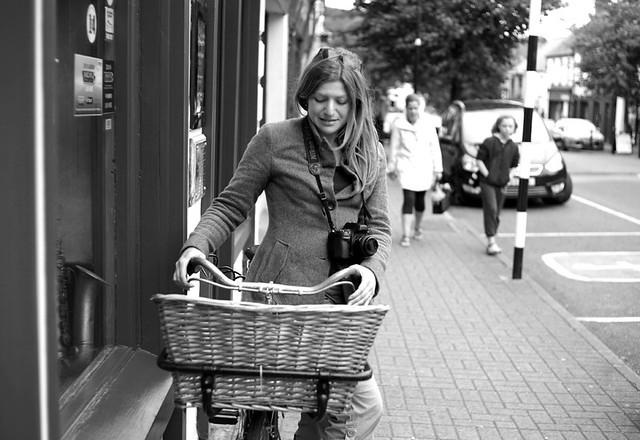 Sometimes I think I'm a bad influence. Like, when a friend phones last week, excited by her two-wheeled vintage find. "You'll appreciate this - I think it's a mixte!" She texts over a picture.

"What do you think?"

Now, I've owned a bike with a bent fork before - a beautiful vintage Gazelle. It rode great for the 2 years I had it and continues to ride great for the current owner. But in this case, I could tell from the picture that the fork at the very least would need straightening by someone who knew what they were doing. That, plus a few other problems I could readily see, made me think my friend was not equipped to deal with the work required to bring this bike to ridable condition. Sadly, at this point she was already attached to the idea that this specific bicycle was meant for her. So she shlepped it to a bike shop and asked for an estimate. I suspect the 4-figure quote they gave her was only half-serious and mainly meant to discourage her (a topic for another time, this!). But in any case, that was the end of it. Having paid very little for the bike to begin with my friend counted her losses and donated it to a local co-op.

But we do not always let go so easily.

At the moment I myself have two old bikes in the garage that are, quite frankly, probably destined to return from whence they came (the skip!)… But I am not quite ready to admit that yet, instead tinkering with them pathetically and agonising over whether to spend money on replacement parts that will probably do no good.

Rebecca of velovoice recently documented the saga of her Puch swoopy mixte, which, despite her best efforts could not be made fully road-worthy due to a kinked rear stay. The bike was beautiful and unusual, and everything she had been looking for in a vintage machine, which perhaps made her more optimistic about its viability than she otherwise would have been. But after months of trying, she finally admitted defeat, stripping it for parts and throwing away the frame. Hopefully the parts will find a new home some day.

A former blogger I knew back in Massachusetts bought a sweet-looking vintage 3-speed that seemed to be in perfect condition, only to discover hidden problems that made it unridable. She took it to bike mechanics, and when that did not produce satisfactory results she enrolled in workshops to try and fix it herself. By the time she finally gave up, she was frustrated, exhausted, devastated and disillusioned in vintage bikes as a whole - which was the part I found most disappointing.

It really is possible to find vintage bikes with few to no problems. And even those that start out worse for wear can be a joy to bring back to life. But a vintage bike can also become a white whale. And so it's important to recognise when to let go - when a restoration project is too much to take on, be it in terms of skills, finances, or even emotional investment. My advice when it comes to buying a vintage bike of unknown provenance? Acknowledge the risk. And don't get attached until you have it assessed. It's no fun to get trapped in an obsessive quest to restore the unrestorable. After all, you could be out riding a functional bike instead!
Labels: restoration vintage