Once There Were Vikings 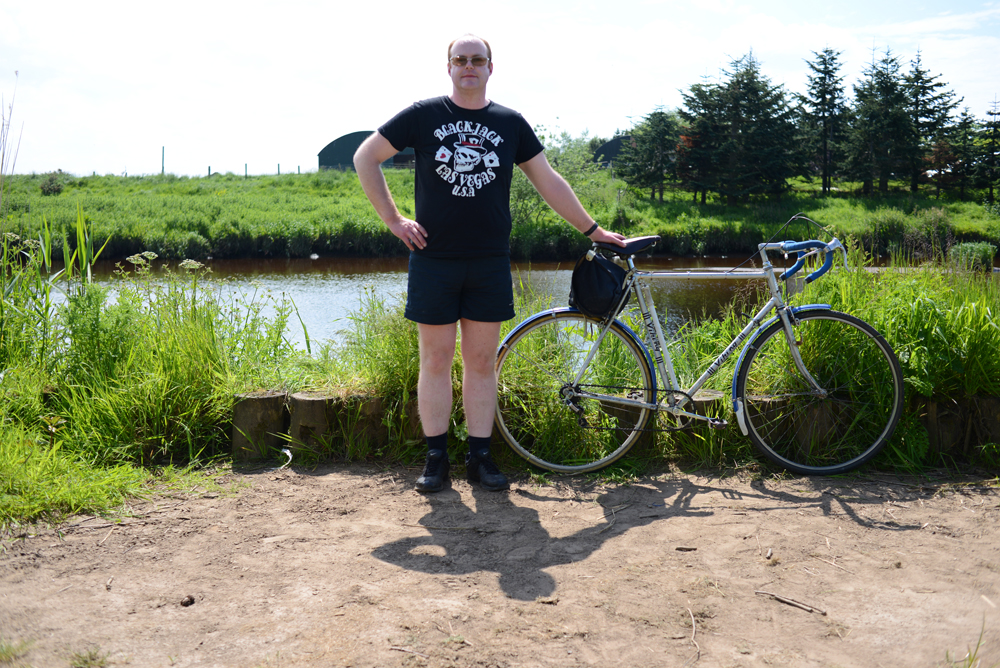 Over the weekend my pal Bryan visited from Donegal, and he brought along his current daily rider - a 1970s Viking. Chances are, you've never heard of the rather obscure Viking Cycles. But around here they are not uncommon, as they were once produced in Derry, Northern Ireland. This reminds me of a request I've had from bicycle enthusiasts with an interest in the Emerald Isle: to talk about Irish-made bikes. Were there any local manufacturers back in the day?

The short answer is that Ireland does not have a rich history of bicycle production. There was a handful of framebuilders active in Northern Ireland who made machines to order, and I've been gathering information about them with interest. But as far as manufacturers, large scale or small, my understanding is that there weren't any native to the island. At some point Raleigh opened a factory in Dublin, but they were a huge company with facilities all over the world. Viking Cycles, with their production exclusive to Derry from the 1970s until their demise, might be the closest thing to a local manufacturer. 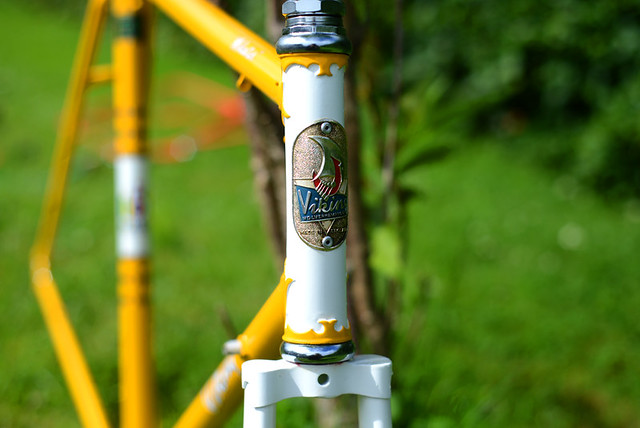 Originally an English company, Viking was formed in 1908 (though this is debated) by Alfred Victor Davies in Wolverhampton. By the 1930s they were focused on "lightweights" and began sponsoring racing teams. 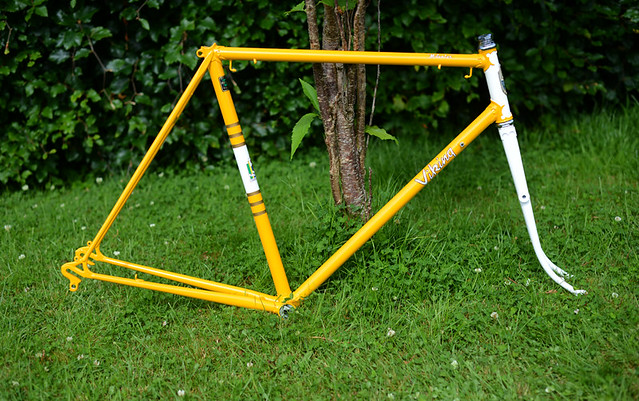 The beautifully lugged race bikes from this era were, by all accounts, of excellent quality, if not especially unique. "You're behind the times if you're not riding Viking!" the adverts from this period proclaimed. 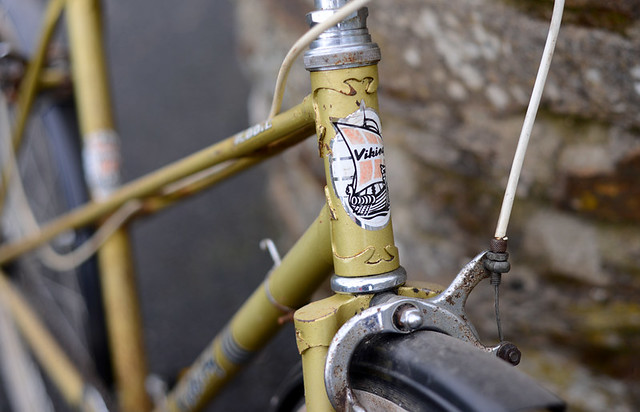 This went on successfully until the 1960s, when Viking began to decline and eventually folded, its remnants sold to Lambert/Viscount (UK/USA), then Trusty (USA), then possibly to a man named Roy Clements. What happened during this period precisely is not known, but by 1977 Viking Cycles re-emerged as a new company, with production facilities in Northern Ireland. 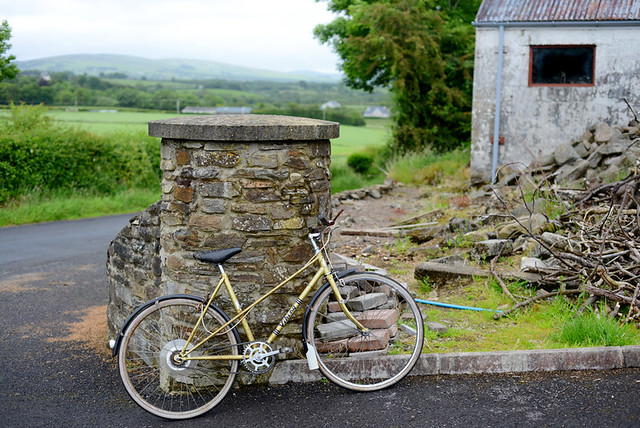 Over the course of the year I've been here, I have seen perhaps a dozen NI Vikings, some as part of collections and others "in the wild." The description of these machines as "competent but uninspired bicycles" seems pretty much spot on. A couple of high-end, handbuilt models existed during this period as well, but examples of those show up very rarely. 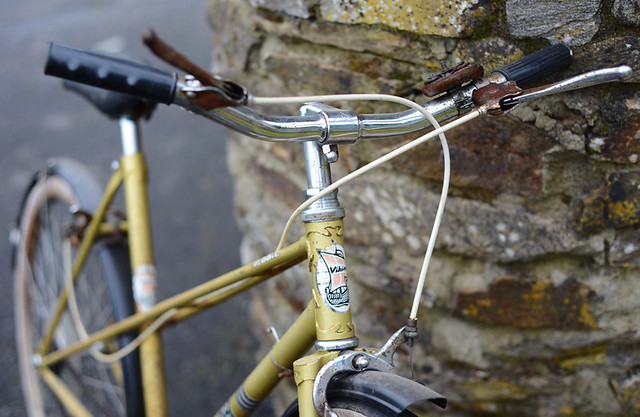 The Vikings I've seen have been low to mid-range 10-speeds from the late '70s and '80s. The diamond frames and mixtes look well ridden, and by their owners' accounts were decent, no-frills bikes. 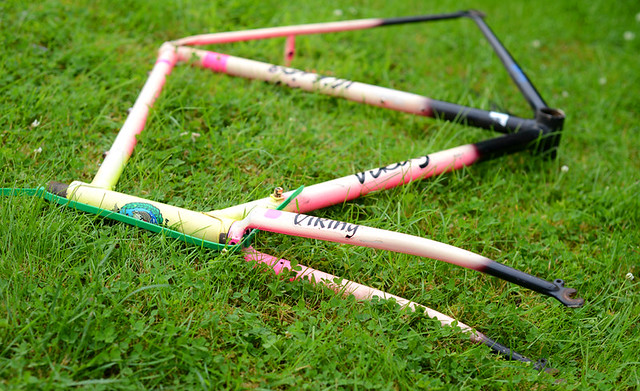 When exactly the Derry-based Viking folded is unclear, but production probably ended by the 1990s and officially the company was dissolved in 2012. Though the brand was hardly legendary, to local bicycle enthusiasts it is significant as a remnant of bicycle manufacturing in Northern Ireland. 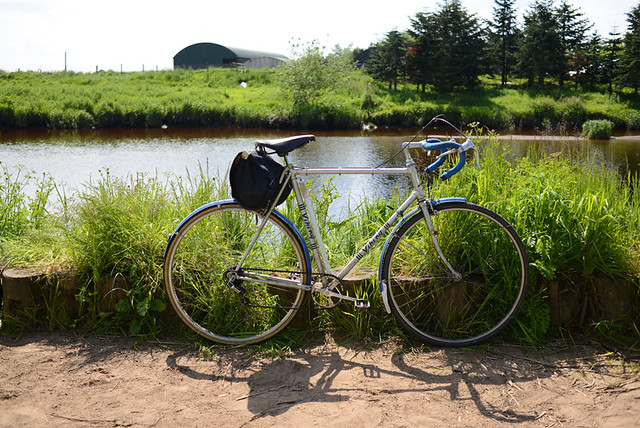 The bicycle Bryan brought along is a Viking Superstar 5 - 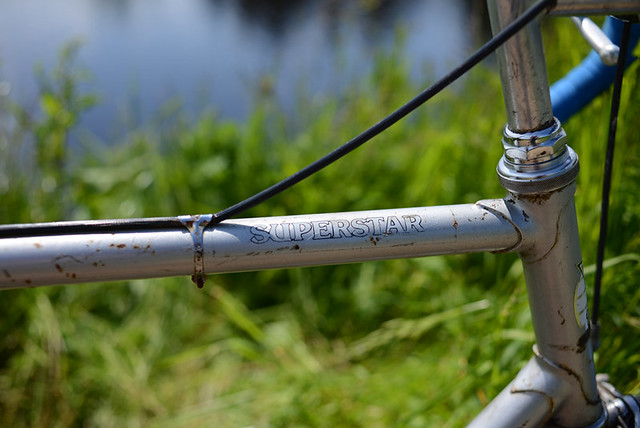 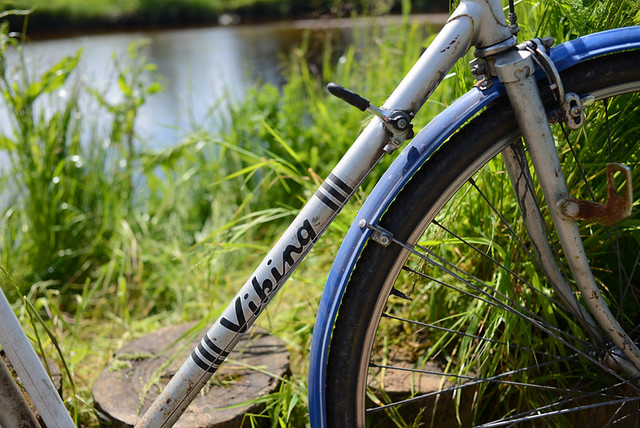 operated by a single downtube shifter. 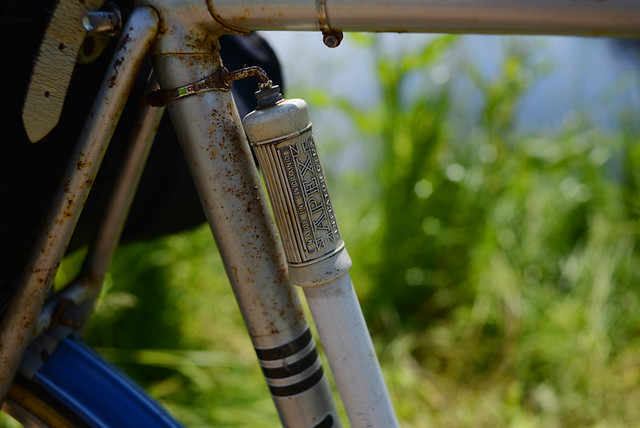 This bike was rescued from the trash some years back, and Bryan nursed it back to health with some used replacement parts, including a Brooks Competition saddle, a rear wheel to replace the damaged original, and a set of 27 x 1 1/4" tires. 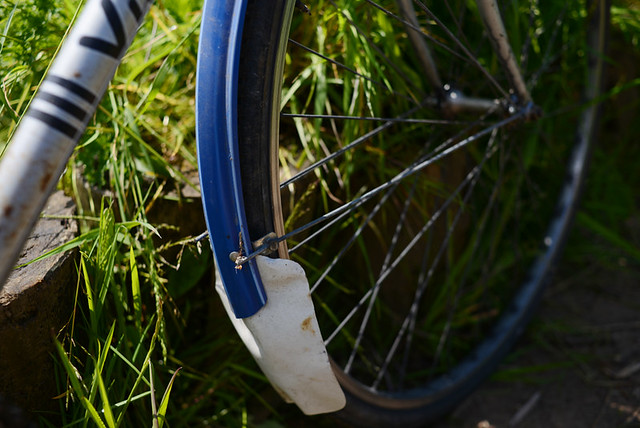 He replaced the original 46t chainring with a 40t to lower the gearing, and fitted some nice blue fenders. I thought these were Bluemel mudguards at first, but they are in fact a lower end alternative -  made by a Scottish company called Bantel. The rich vibrant blue adds some lively accents to the all- silver bike. 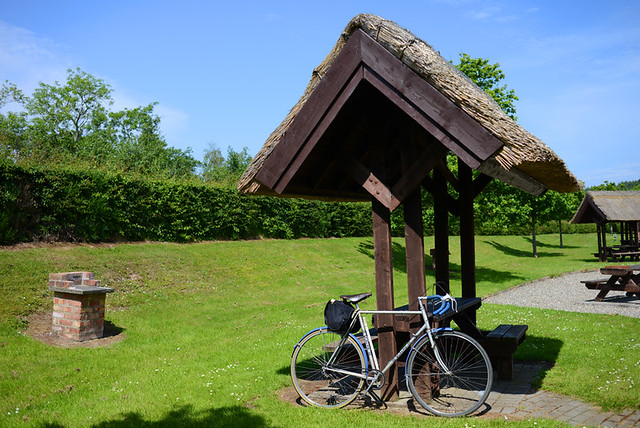 In truth, to come up with much of interest about this machine other than its place of manufacture would be a struggle! But that's all right. It is a handsome bike, and a very ridable bike according to Bryan. He enjoys it as an everyday "user bike," as much as he enjoys knowing it was made just 20 miles from his house. Not many cyclists in Ireland can say that about their bicycle.

For more information about Viking, visit the V-CC-affiliated Classic Viking Cycles site, as well as this history page from the Transport Museum. Bryan's photos of his bicycles and other things can be found here. The other Viking frames shown in this post come from this collection.
Labels: bike friends Ireland vintage