Beach Cycling and Its Contents 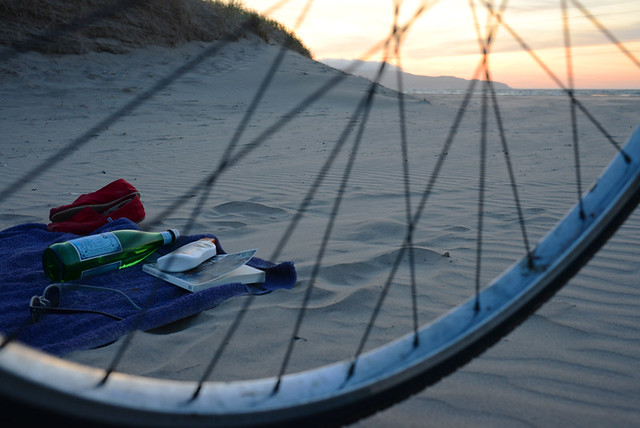 For years I've dreamt of combining two activities I love: riding my bike and swimming in the sea. Considering that Boston was right on the water, cycling to the beach proved a surprisingly elusive goal during my time there, with successful two-wheeled beach trips few and far between. But now that I live practically on the shore I am determined to make the most of it.

But what are beaches like in Northern Ireland, you might ask with a suspicious shudder - picturing scenes of frigid waters and relentless winds, clusters of pallid holiday-makers in ponchos shivering on soggy sand as black clouds loom overhead. Well, in reality it isn't nearly that bad. For instance, when I first came here I was told it was too cold to swim without a wet suit. Foolishly, I believed this and didn't even try to go in the water at first. Then one hot day I walked in the waves and discovered the water was perfectly within the boundaries of what is considered swimmable in Northern New England! Not quite lukewarm, but not ice cold either - with a good half hour of swimming possible before cramping sets in and limbs begin turning blue. And to top it off, it is sunny nearly every day! Not for the entire day of course, but more like for an hour at a time in between bouts of fog and rain, but let's not be nitpicky here. Summer is here and the beach trips have commenced! 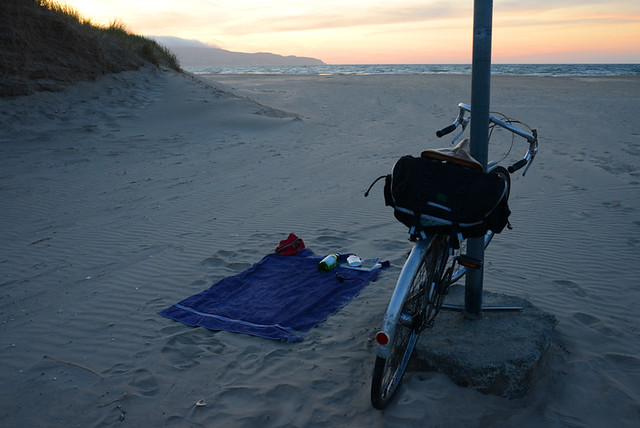 Though technically I live right on the water, the nearest official beach - staffed with lifeguards and lacking in dangerous riptides (well, relatively speaking) - is 3.5 miles away. It's a pleasant ride that can be accomplished on almost any bicycle. The easiest is to ride my Brompton, with its bottomless pit of a front basket into which I can throw anything a beachgoer could desire, laptop and portable wifi unit included. But really any bike that will accommodate a large Carradice-style saddlebag will do, and sometimes a faster bike can be more fun. 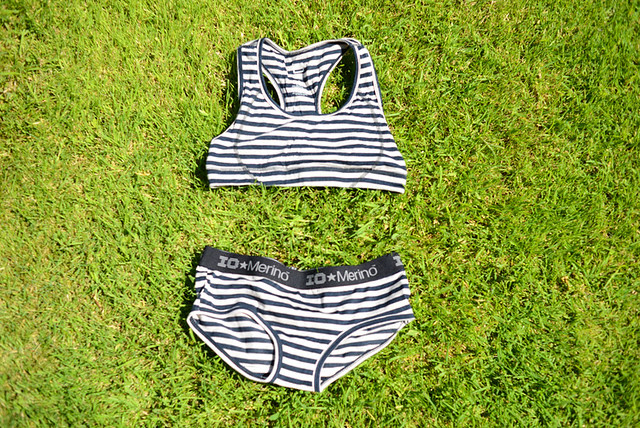 On the bike I wear my regular street clothes, with shoes that are easy to slip on and off and underwear that can pass for a swimsuit. Some time ago I discovered that wool underwear - both short and long - feels amazing to wear in the water, keeping me warmer than an ordinary swimsuit would. The wet wool also keeps me cozy once I get out of the water, and begins to dry relatively quickly. When I'm ready to leave, I just put my clothes back on over it and pedal home. Even if the wool is still damp, this feels surprisingly okay - nothing like cycling in a soggy synthetic swimsuit or wet cotton underwear. And being able to do this eliminates need to deal with the logistics of changing or transporting a soggy swimsuit by bike (though the latter is not especially complicated - just wring it out and use a plastic bag). 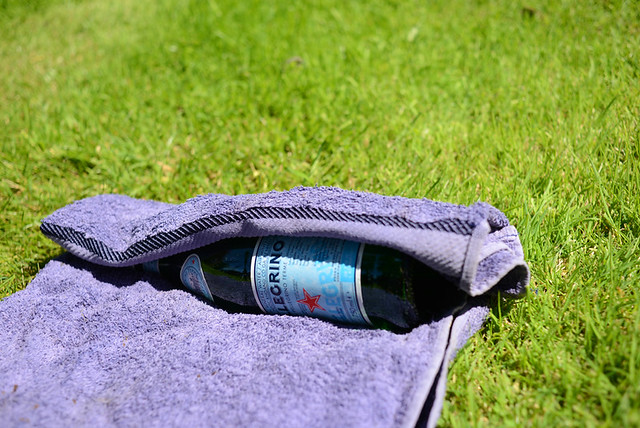 The rest of things I bring along, I will wrap in a towel - starting with the fragile stuff first, so that it's surrounded by the most padding. 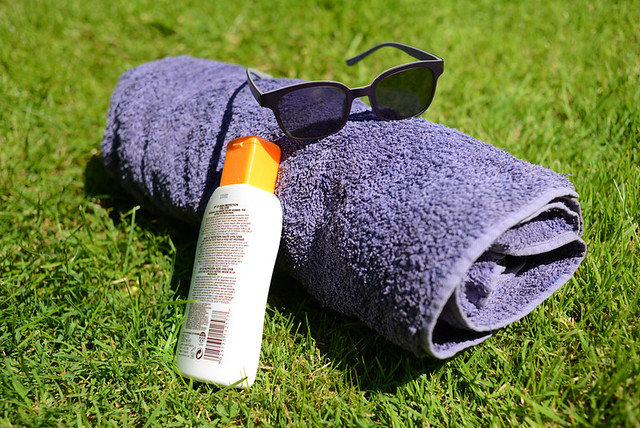 This makes for a neat bundle that can then simply be stuffed in a bike bag or basket, with everything held in place and not bouncing around too much. 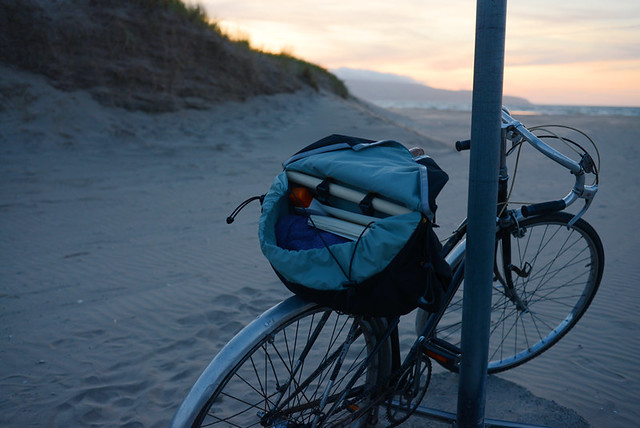 I've been to the beach plenty of times this summer already, and though it isn't quite warm enough to submerge myself fully yet (oh yes it is! finally swam after writing this post) I find just spending time there - reading, writing, photographing, living -  to be boundlessly enjoyable, and all the more so if I come and go by bike. There is something about cycling down a sunbaked road, in anticipation of smelling the salt, seeing the waves, and touching the sand with my bare feet, that makes for an out of this world experience. True, Ireland isn't exactly a tropical island. But something this good is best in measured doses, and worth getting rained on once and again… and again!
Labels: countryside Ireland summer cycling vintage