What Is the Point? 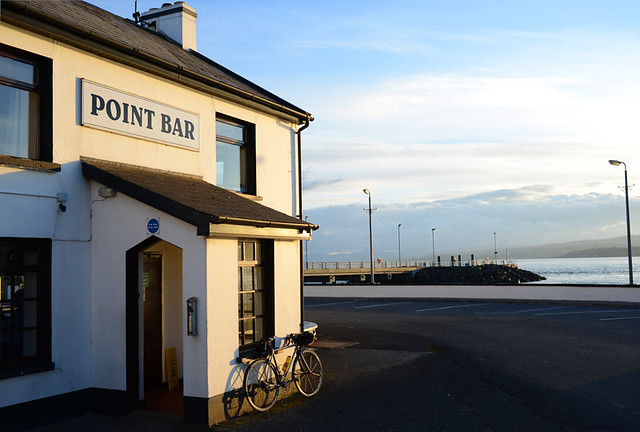 In the northwestern corner of Northern Ireland lies the Magilligan peninsula - a jolly, stout little triangle that juts out into the North Atlantic toward the Republic's County Donegal, to form the pool-like Lough Foyle. From base to tip, the peninsula is bisected by the aptly named Point Road, which winds through 4 miles of grassy dunes, then dead-ends at Magilligan Point. Because it is not a through-way, there is only a handful of reasons to be on this road. One is to access the ferry, which sails across to Donegal every couple of hours. Another is to visit the popular Point Bar, beloved by locals for its steak and Guinness pies and seafood chowders. 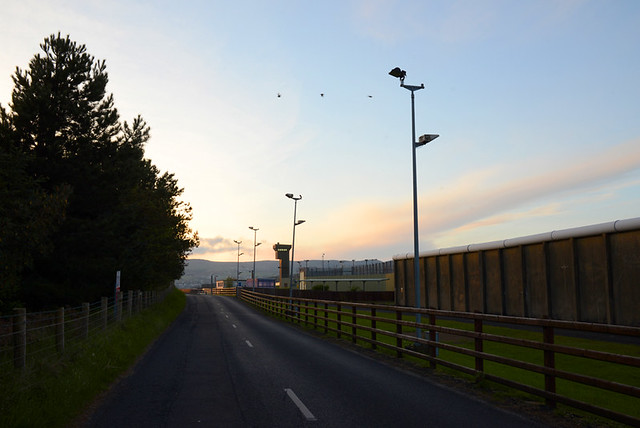 Then there are those who require access to the Magilligan Prison half way down the road. 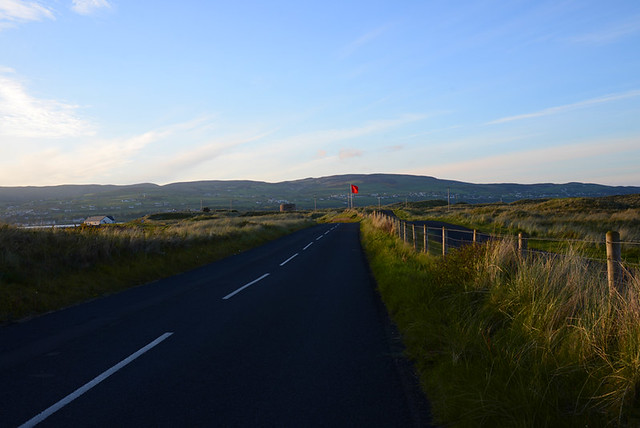 As well as to the adjacent military firing range/ nature reserve - its sprawling grounds tranquil and golf course-like, with only discreet little flags and bits of terrifying signage warning that the range is sometimes "active." 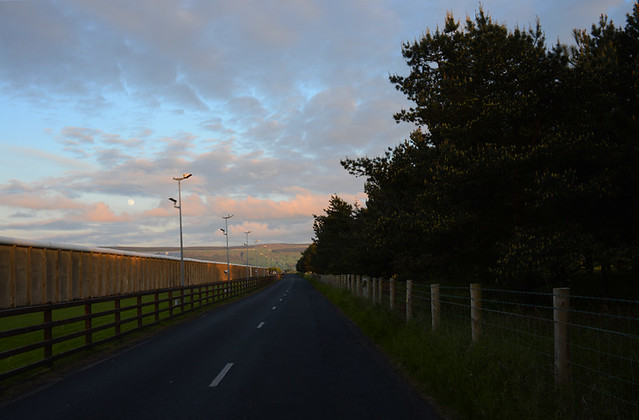 Aside from these attractions, there is not much reason to be on the Point Road. Unless you are a local cyclist doing interval training - in which case the flat, wide, gently winding, practically car-free 4 mile stretch makes for the perfect playground in which to let yourself go and push your bicycle's speed as far as your legs and lungs and gears can take it. To see a cyclist slingshot past you in this manner is exciting enough. To do it yourself - or at least try - is an otherworldly experience. 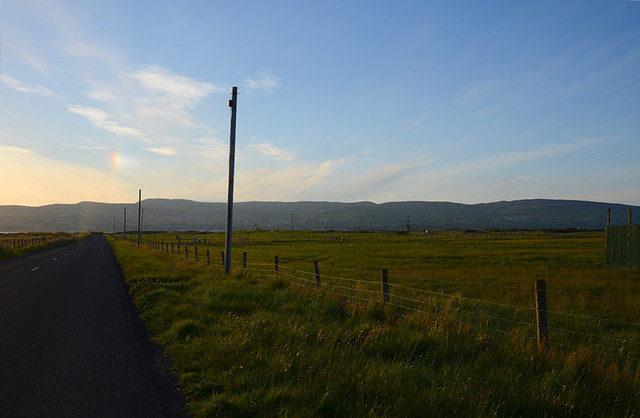 Though I've heard of interval training before, it was not until last summer that I actually tried it, on this very road. My casual imitation of the practice is to go as hard as I possibly can for several minutes, then soft-pedal until my breathing and heartbeat return to normal, then repeat, until I exhaust myself with just enough energy left to roll feebly home. Last year I would do this sometimes, on days when too busy for longer rides. This year I tried it again for the fist time last week. I am out of practice and couldn't go as fast and in as high a gear as I could at my "peak" last Autumn. But it was breathtaking nonetheless. The speed at which the scenery flashes past, sky blending with earth and water. The feeling in my legs from this special flavour of acceleration, when I no longer feel the effort of pushing and instead the gear appears to push itself, taking my legs with it. Finally, the teleportaion-like magic of fixating on a distant object - say, a flagpole ("firing range status: Active") - then finding myself passing that flagpole with no sense of time having lapsed in between.
Beside such a flagpole, after my last interval, I now spot a figure that's vaguely familiar. I roll past and recognise a prison guard, now off duty, taking a walk. Our usual banter consists of him reminding me not to point my camera at the prison buildings directly as I attempt to capture their unique greenish hue at sunset - in response to which I test how loosely I can interpret his definition of "indirectly." But today I don't have my camera and he is not standing guard, and only grinning glances of acknowledgement are exchanged between us in the sun's golden glow. 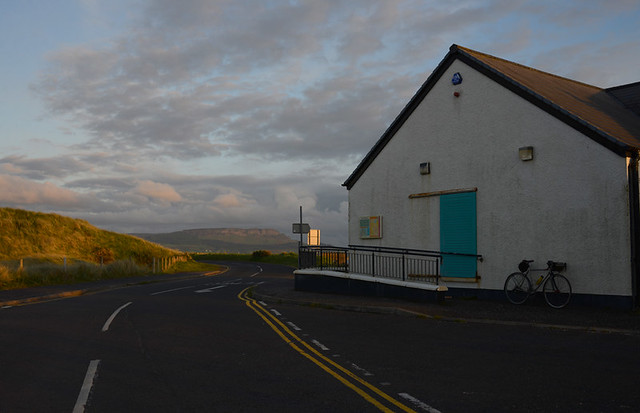 Later, I stop and a cyclist I know pulls over beside me. He asks if I'm racing this summer. Last year I said to myself - and also, apparently out loud - that, if I stayed here, I would try time trials "next season." But now this next season is here, and I am not feeling the inclination. I tell him this, and he nods understandingly. Going to give road racing a try then? God no, I say, not with my handling skills. Sportives? I shake my head. Out of ideas, he looks at me quizzically. Why are you training then? I mean, what's the point of killing yourself for nothing? For a moment I feel defensive and almost tell him about my 300km audax. That should make for a satisfactory answer, I think. He would say "Ach!" finally feeling he has a handle on what's going on, and then we'd move on.
But that would not be an honest answer. Because, in truth, my flying down the Point Road till my vision blurs and I can't feel my legs has nothing to do with this audax, or potential future audaxes, or any local races I may or (more likely) may not ever take part in. There is no point to what I have just done. I simply felt like doing it - my heart so full it had to be done. There was no point, only an impulse. And though I enjoyed it, I cannot really tell you why. So I don't mention the audax, and instead smile stupidly and shrug, and we go our separate ways with the matter unresolved. In the setting sun, the Foyle shimmers behind us. And in the distance ahead looms the compact and jagged Binevenagh Mountain - standing slightly apart from the rest of the Sperrins, like a lone guard tasked with watching over Magilligan's tip.
Labels: Ireland roadcycling stories