Toward a Topographical Fatalism 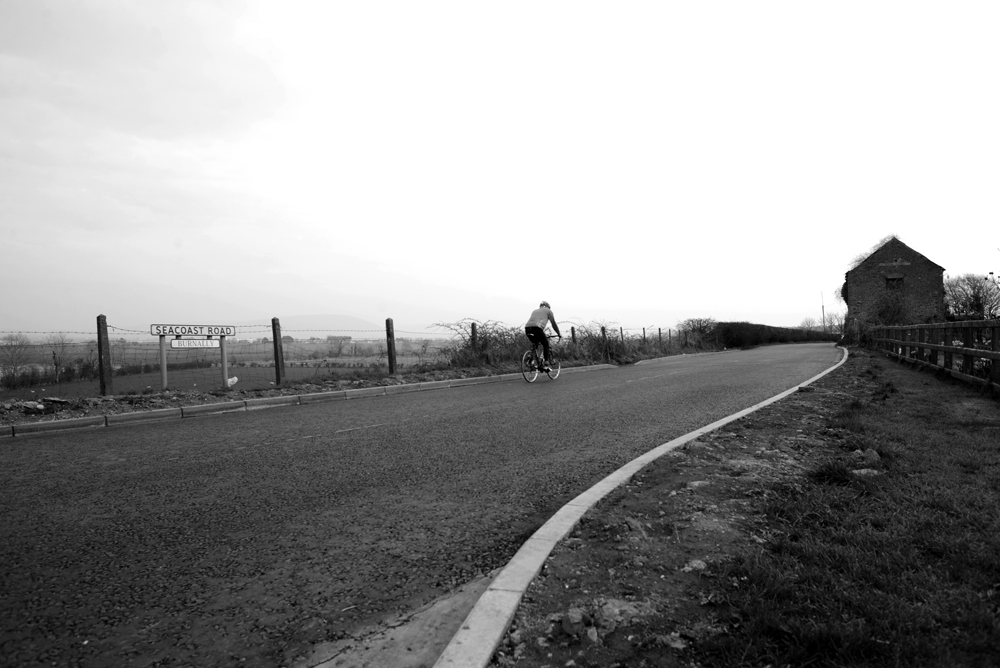 Without a doubt living in Northern Ireland has changed me as a cyclist. I have noticed. My friends have noticed. But the exact nature of this change is tricky to articulate. It isn't merely a matter of having gotten "better," as defined by improvement in speed and technique. Sure there is that too. After all, how can one not improve with pavement the texture of hard-packed gravel? With a mountain straight out the front door? With winds attacking from every direction? With former racers for cycling buddies?

But the more fundamental change is in a shift in perspective. I have given in to the landscape. I have stopped approaching difficult topography as a problem - or even thinking of it in terms of difficulty in the first place. The landscape is there, its qualities outside my control. I cannot change it. I can only experience it, appreciate it, remember it. And that is best done if I do not struggle against it, but instead take it as it comes. Rather than suffering through a climb and wishing for it to end, I try to harmonise with it and - believe it or not - enjoy the moment  …or minute, or hour, as the case may be. When approached this way, the reward becomes not the view on top, and not even the sense of accomplishment upon reaching it, but the climb in itself.

Of course it's easy for me to adapt that attitude now that I have a featherweight bike with ultra-low gearing. But it isn't just that either. One day last Autumn I was out with local cyclist and coach Colin Loughery. We were talking about gearing, pedaling technique and strength training. "You want to try something?" he asked. I replied that I did, whereupon he instructed me to accelerate and get into my tallest gear as we rolled down a long flat stretch giving way to a slight incline. "When this flat bit ends," he said, "there will be a drag [hill]. See if you can stay in your tallest gear all the way to the top."

My mood instantly darkened. I didn't look forward to embarrassing myself in front of Colin. But I knew the incline we were about to go up, and there was just no way I could do it in 50/11. Feeling the momentum begin to wear off as I started the climb, my mind raced, grasping for strategies that would at least save me from toppling over. Maybe if I stood right away and pushed with all my might...

But before my butt had a chance to leave the saddle, came Colin's friendly command. "Don't stand! Stay seated and don't change gears. Just pedal." The words coming out of his mouth were so fantastical, that upon hearing them something in me snapped and allowed me to suspend disbelief. Okay, I would pedal. And in this insane gear, while remaining seated, I would crest this hill without breaking my knees or toppling over.

And then I did exactly that. The strength for it came from somewhere deep within my abdomen rather than from my legs or lungs. It was as if some extra cluster of muscles appeared to accommodate this impossible thing I was trying to do. I could feel it for days afterward.

"Good. But you stopped pedaling in circles." Colin had said to me at the top. As if, such a normal and casual thing it was to cycle up a hill in 50/11, that we could talk pedaling technique. Circles were the last thing on my mind then ...a pity, as later I discovered that making sure to continue pedaling circles and resisting the urge to stomp makes even grinding feel nicer, more meditative.

The seeds had already been sewn. But it was on this ride that a philosophy of topographical fatalism took root. Just go with it. Suspend disbelief. The road awaits, and with it the wonderful unknown.
Labels: bike friends hills roadcycling technique