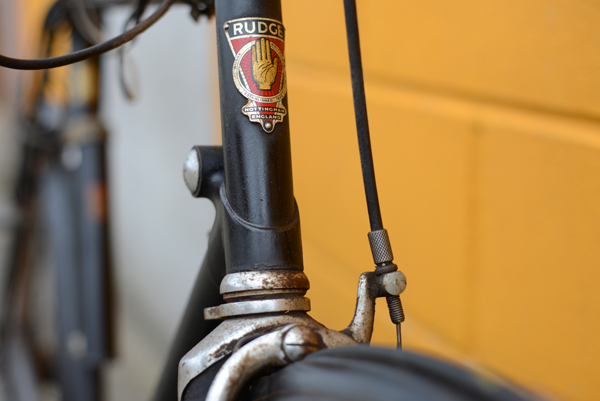 Until recently I had not really considered the meaning of the Rudge headbadge. It was only a couple of days ago when, having spotted a lovely sports roadster with a full-colour version of the emblem, that it hit me. Is this the Red Hand of Ulster?

By now I have grown used to seeing renderings of the up-turned hand on flags and logos - the mystical symbol of Northern Ireland, appropriated, interestingly and confusingly enough, by both Loyalist and Republican groups, as well as by various non-sectarian organisations, clubs and the like. And now here it was on this bicycle. 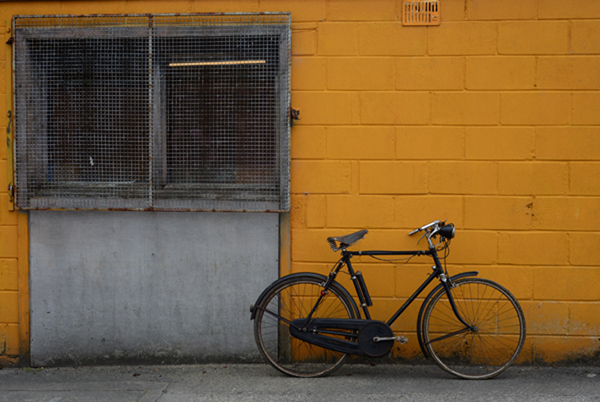 I scanned my memory for what I recalled of Rudge history, but none of it had to do with Ulster. So I looked into it once again. Founded in Coventry, England by engineer Daniel Rudge, the company later merged with Birmingham-based Whitworth Cycle Co. to become Rudge-Whitworth Cycles (and later motorcycle manufacturer). Nothing geographically close to Northern Ireland here. Neither did the old catalogues seem to offer any explanation. The one thing I did find acknowledging the link was the Rudge Ulster motorbike. That, however, was named after the 1928 Ulster Grand Prix race, won on a Rudge machine - an event which the headbadge precedes. 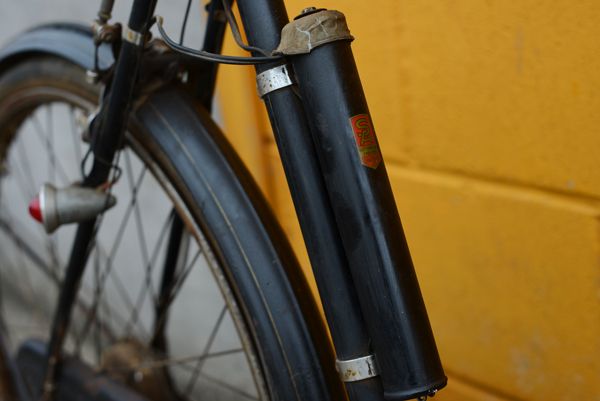 The Rudge sports roadster distracted me from the hand question with its many nifty features, such as this original Sturmey Archer Dyno Luxe battery pack, mounted on the seat tube. 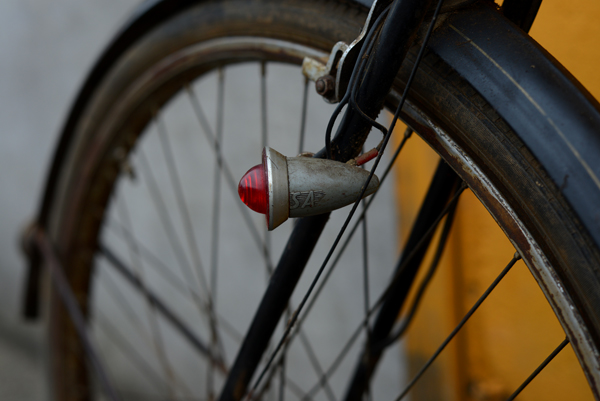 Wired to the battery pack are the headlight and tail light, also Sturmey Archer branded. During this time period, it seems that manufacturers used dyno hubs, bottle generators and these dry battery packs simultaneously. I've often wondered what determined which method they chose. 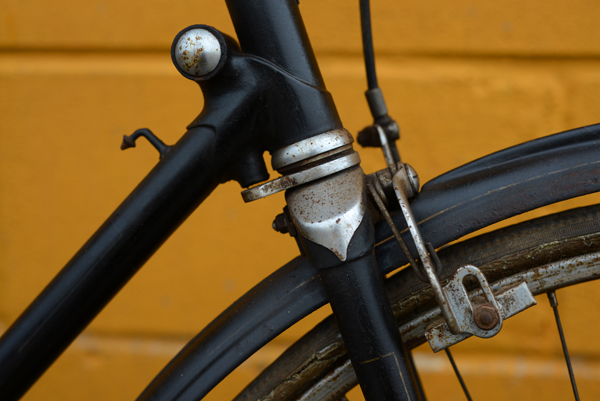 Like a missing key to a vintage wheel lock, the definitive answer to the question of the Hand's origin may never be found. The most likely explanation seems to be that the Rudge family (edited to add: actually, the Whitworth family, as it seems the logo came from their side of the Rudge-Whitworth merger) hailed originally from Northern Ireland and used the Red Hand symbol to commemorate this. However I also love Jim Langley's thinking that the symbol meant "hand made." If only we could "talk to the hand" and ask!

Whatever the origin of the Rudge emblem - rendered in several versions on their headbadges and chainrings - it is a striking symbol, in particular when the bikes are spotted in Northern Ireland. And if anyone is in the market for a vintage Rudge roadster, this one can be had at Gerald Deehan's Vintage and Antique Swap in Limavady.
Labels: Ireland vintage