The Call of the Robin's Egg Blue 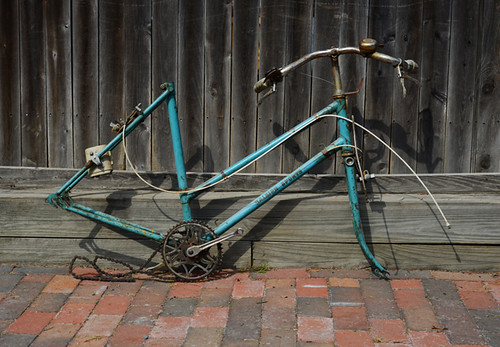 When I first saw the turquoise hued frame, I assumed it was an aftermarket repaint - not an unusual state of affairs around these parts. But drawing nearer, it became obvious by the amount of wear and tear that its colour was original. An early '60s Raleigh Lady Sports, in robin's egg blue. An iconic colour in the bicycle industry, to be sure. Just not iconic to the English 3-speeds of that era - a breed better known for its sombrer palette of oxide greens, matte blacks and root-beery coppers. 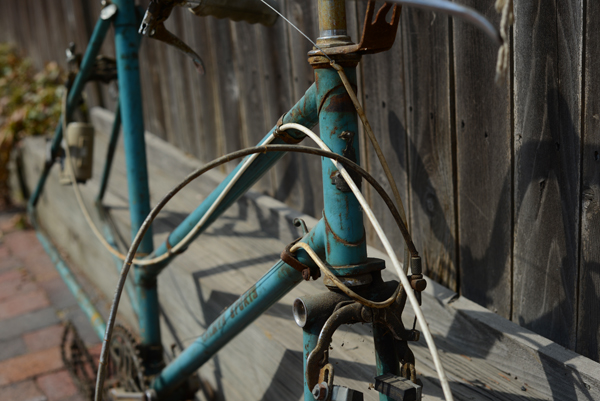 At some point all bicycle lovers experience that feeling of "Man, I am way too into this." For me this happens about once a week. And yet, it never gets old. "I've never seen one in this colour," I whisper, my heartbeat quickening. 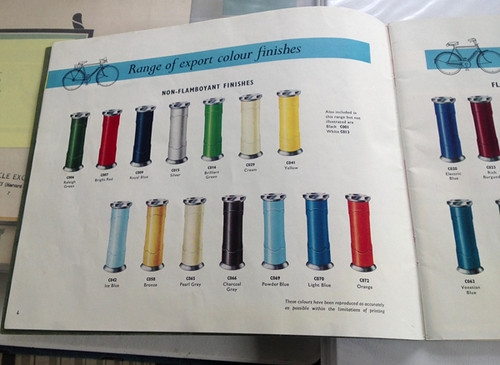 In response a 1962 Export catalogue is swiftly produced, its pages flung open to a rainbow-like spread of finishes. A dazzling range of powders and pearls, the likes of which most have never seen on an old 3-speed. 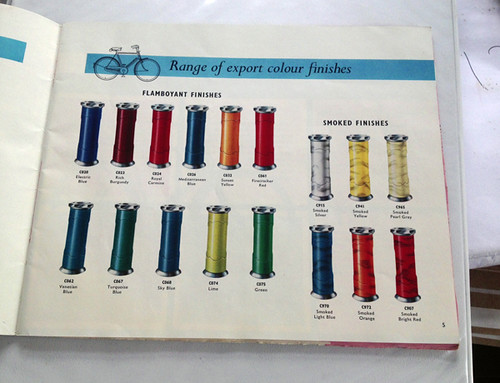 Let alone the "flamboyant" and the "smoked" finishes.

So, if all of these colours were offered, why did so few Sports models survive in anything but the usual shades we're familiar with? No one can say for sure. But most likely the dealers were risk-averse, and stuck with the original green/black/copper palette they already knew would sell well. If a more unusual colour ended up in circulation, it was likely because a customer special-ordered it. 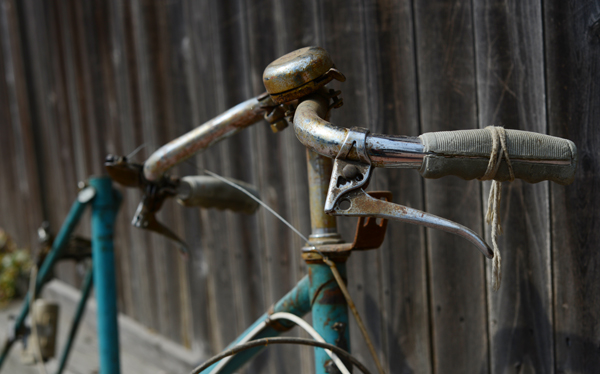 Such was the case with the frame I was now admiring. The original owner special-ordered the finish, and requested for the handlebars to be flipped when building up the bike. For the decades it was in use, she rode the bicycle with its original parts (notice the elegant grip repair method) and thoroughly enjoyed it. 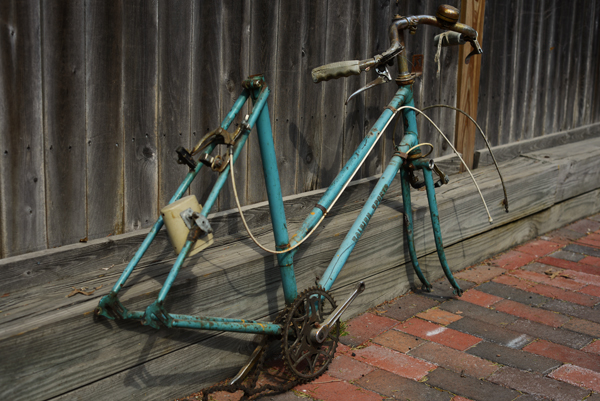 It is amazing the way colour can change a bicycle's personality. Looking through my photos of the frame, a friend immediately commented that in robin's egg blue the Lady Sports looked "lighter and faster" than its traditionally-hued sisters (having lifted it, I assure you "lighter" is not the case). Another said "I thought this was a Betty Foy at first!"

No doubt the robin's egg blue played some role in the wild popularity of Rivendell's mixte through its 2009-2012 production. And the 2011 Surly Cross Check (I am told people are still phoning bike shops on a hunt for that year's model, just because of the colour). Possibly it is the most common colour I've noticed for frame repaints for road and city bikes alike. There is just something about it, and the associations it evokes (blue skies? seaside holidays? Easter candy? vintage Vespas?), that strikes a cord. Seeing it so unexpectedly combined with a '60s Raleigh Lady's Sports was a nice treat, for which I thank, once again, Nick of the Three Speed Hub.
Labels: 3-speed step-through vintage