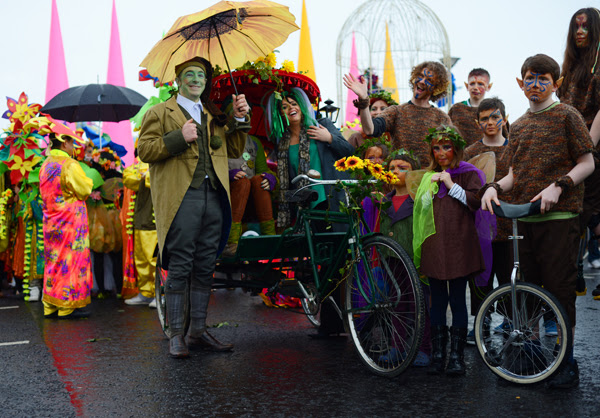 Just back in Northern Ireland, and I've ended up at the St. Patrick's Day Parade in Derry. It was, as they say here, legen-Derry. Har har. 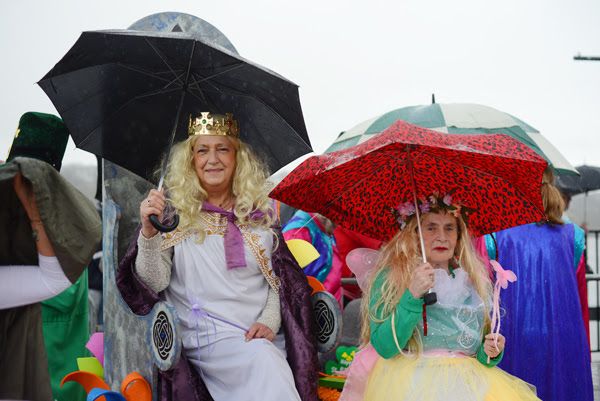 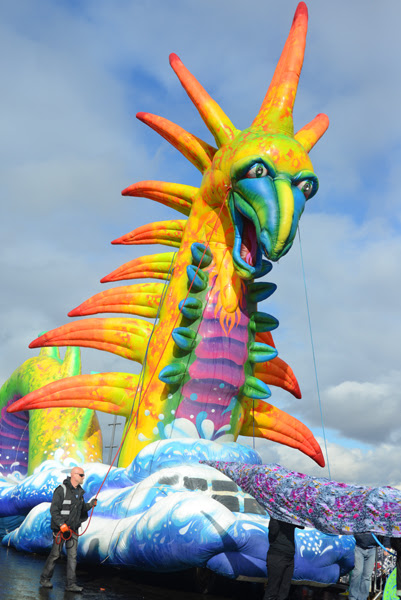 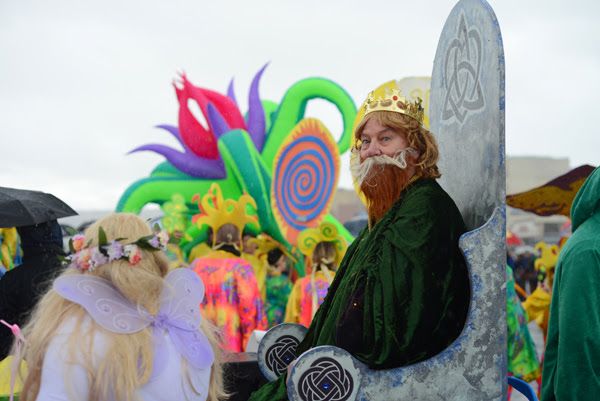 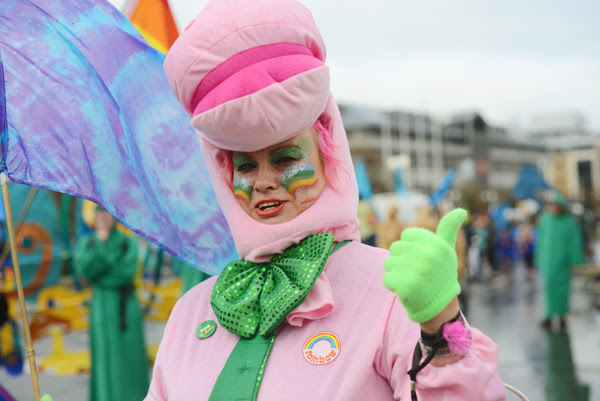 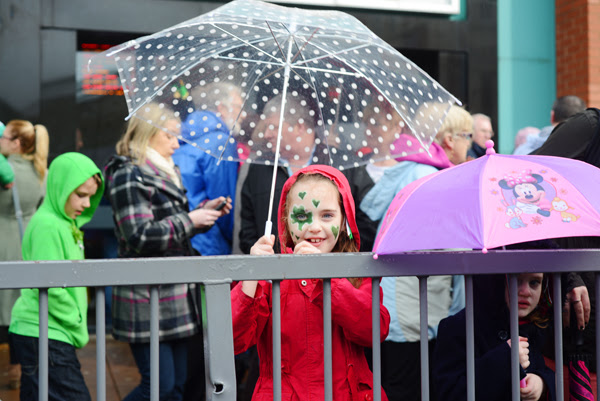 spectacularly crowded, yet surprisingly sober and lacking in rowdiness. 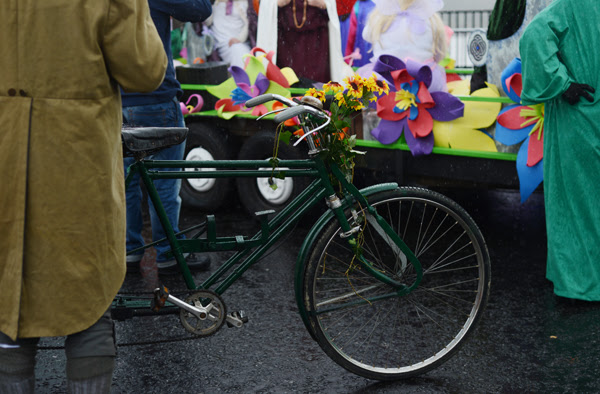 It was also not without a touch of bikeyness. Or, rather, trikeyness. One of the parade's main attractions was this marvelous old rickshaw chariot. Pine green. Double top tube. Rod brakes. Derailleur gearing. It originally hails from India, the grand forest elf astride it told me. 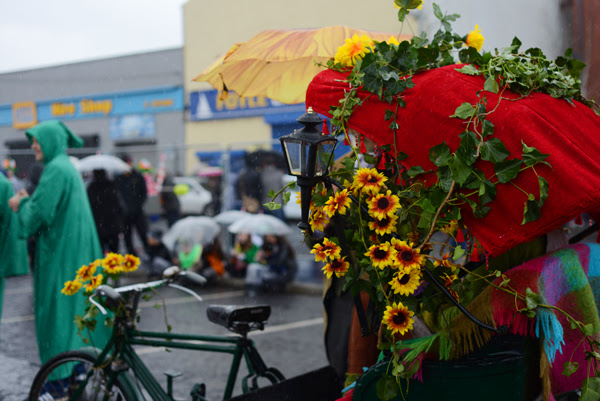 Bedecked in flowers, a patchwork canopy and lanterns, this thing was just gorgeous. 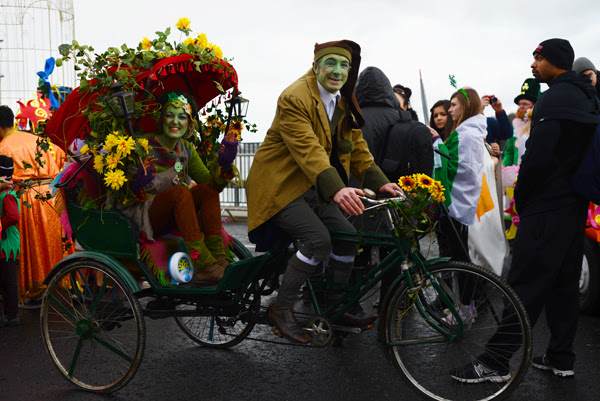 It attracted good will and cheer as it made its way down the city street at a parade pace of about 1mph. 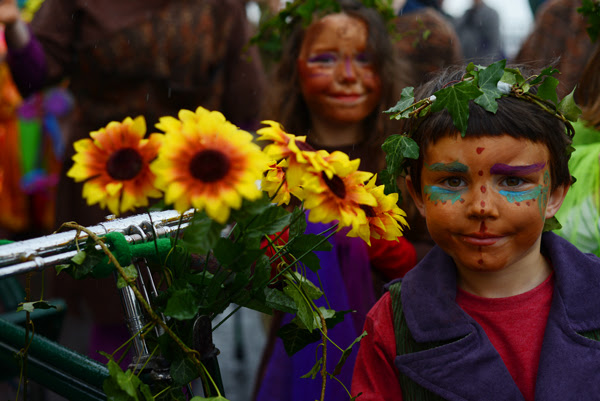 Not a bad start to the week, all things considered. 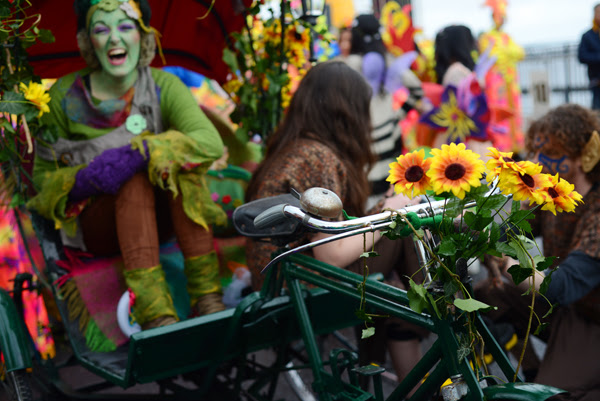