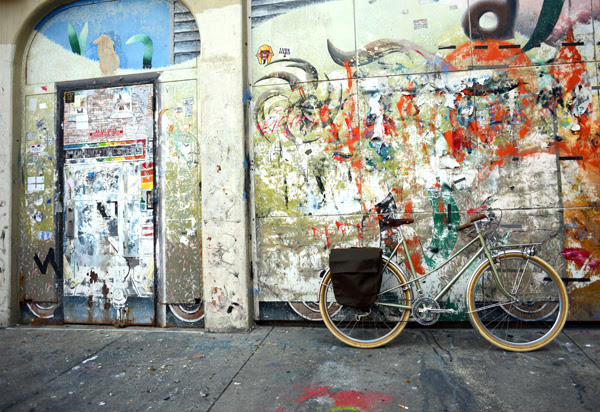 Cycling in Boston for the first time in over three months I find myself looking at it with fresh eyes - or, rather, experiencing it through a fresh set of senses. It's not so much the noise or the traffic that I find to be the biggest contrast to my rural existence. It's not the crowds of people or the architectural density. Although in a way it is all of these things. Because the main difference I feel is in the rhythm. In the sense of flow.

The morning after I arrived, I got on my bike and took off without hesitation. After all, I knew this place well, I knew where I was going. But as I rode through the city it was as if my body was still tuned into one music station, while the streets played another. We were out of sync.

There is a frenzied, erratic, atonal feel to cycling here - or at least it strikes me that way after an absence. 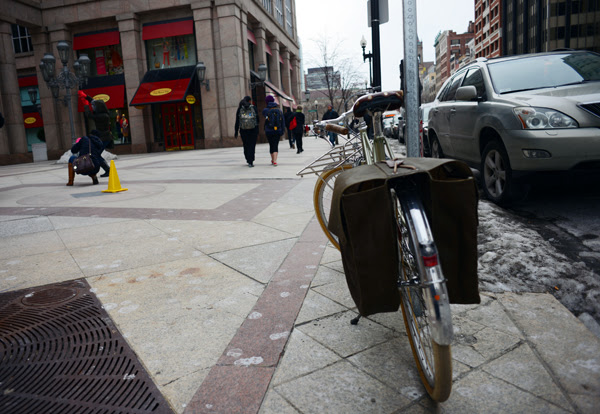 My first experiences riding a bike as an adult were in cities. In the Spring of 2009 I lived in Vienna, Austria and began Lovely Bicycle as I was moving to Boston. For the next two years, I would go back and forth between these very different metropolises, getting more and more accustomed to life on two wheels in the process. It was in cities that I learned how to ride. From the start, the noises, the crowds and the traffic were an inherent part of the experience. Along with countless other urban cyclists, I internalised this barrage of stimuli and rode in tune with their chaotic music.

There are skills and intuitions we develop through years of urban cycling. Quick reaction times. Keen peripheral vision. An instinct for evasive maneuvers. Anticipation of potential doorings, right hook turns and other rogue moves. The ability to "hover" and "creep" at intersections. We also grow desensitised to the scary fact of being, at all times, just inches away from a fleet of heavy moving vehicles that could easily squash us at any moment.

None of this has left me. I feel safe and comfortable riding in Boston. It's just that the rhythm of the city feels …foreign. And it insists upon itself, urging me to internalise it again.

There are parts of greater Boston that can go from urban to suburban and back very quickly, with pocket neighbourhoods of Anglo-Cantabridgian quaintness wedged between busy city roads. This contributes to the arhythmic feel of cycling here. The BOOM-BOOM-silence-BOOM of it. It is not a place for lovers of consistency.

My speed in the city is regulated by what the traffic patterns allow, more so than by my fitness level or by the kind of bike I ride. I had almost forgotten about this in rural Ireland, where changes in fitness translate into noticeable changes in speed, and where riding a faster bike cuts down on travel time considerably.

And maybe that is at the heart of what I'm struggling with here: Giving up control to the city and its fitful, fascinating rhythms.
Labels: Boston mixte urban cycling