Transportation Cycling in Rural Areas: Some Food for Thought 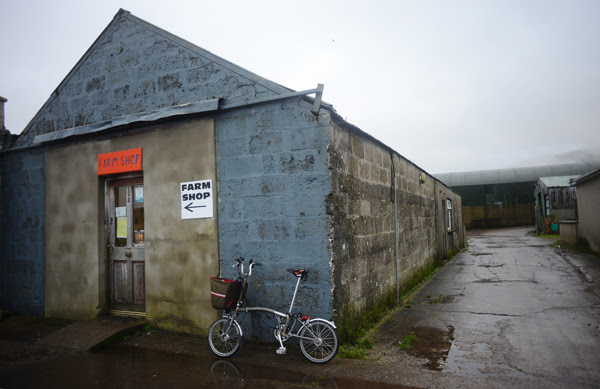 The present-day culture of transportation cycling is predominantly associated with urban living. This makes sense, considering the realities of life in cities and their immediate vicinities. When commuting distances are short, motor vehicle traffic horrendous, and public transportation either overcrowded, unreliable or both, riding a bike can become an attractive option for getting around. Throw in some cycling infrastructure and perhaps a bike share system, as many cities are currently doing, and the appeal becomes greater still – especially as rising numbers of others take to the streets on two wheels, making it seem increasingly more normal and realistic.

But the desire to cycle for transportation is not limited to urbanophiles. Some rural residents may be commuting by bike already. Others may be considering it. Others still may be cyclists who currently live in a city, but are contemplating a move to the countryside. For the latter two groups a slew of questions and concerns might arise, with not a whole lot of resources out there to address them. This has become especially apparent to me since my own move to the countryside some months ago - in the course of which my email inbox has filled with questions from a surprising number of would-be rural bicycle commuters. Now that I’m feeling a bit more settled, I would like to start sharing some thoughts on the topic.

To state the obvious, there is a great deal of regional variation between rural areas. Differences in climate, terrain, distances and the availability of safe cycling routes will play a huge role in how realistic commuting by bike will be. Perhaps less obvious is that these differences can exist even within the same locale: pockets dense in amenities and pockets that are not, pockets that are hilly and pockets that are flat, pockets that offer safe routes for cycling and pockets that do not. As an example: My current house, while situated in what is generally a remote and shockingly hilly part of Northern Ireland, happens to be in a pocket that is unusually convenient and bicycle-friendly. I am just over a mile from a sort of farming hub, with several small shops selling basic provisions and local produce, and 7 bike-friendly miles from the nearest small town. Being at the base of a mountain but not on it, I have easy access to flat routes and enjoy mostly ice-free roads in winter due to warmer temperatures than neighbours who are even slightly uphill. In a pinch, I am also only a mile from a bus stop and two miles from a train station. Other parts of this very same region are far less handy for getting around by bike. This is all to say that it is essential to get to know an area thoroughly before forming an impression of what commuting by bike will be like there. Even to assume regional homogeneity would be a mistake.

But speaking more generally, rural transportation cycling, as I see it, is not just about locations, distances and terrain. It is a categorically different kettle of fish from urban cycling. Why? Because it is fueled by a different set of motivations. Whereas in the city, cycling might be the faster, more convenient transportation option, in the countryside that is extremely unlikely to be the case. With long miles to cover, little in the way of traffic congestion and parking easy to come by, the car is clearly the more convenient choice here. So in devising ways to commute by bike in rural areas, we are doing so because we value cycling in of itself more than we value convenience. For some, this could boil down to physical fitness. Commuting by bike make take longer, but it is in fact two activities in one - commuting and keeping fit, saving time that would otherwise be spent at the gym. For others the real issue is financial. The bike costs next to nothing to run compared to the costs of a car, and for that some loss in convenience could be seen as worth it (or simply, necessary). There could be other underlying factors. Environmentalism. Or the inability, be it for legal or physical reasons, to operate a motor vehicle. But all that considered, I would venture to say - and this is just a guess really, a hunch, an intuition - that for a great portion of dedicated rural bicycle commuters in the developed world, the love of cycling for its own sake is the dominant motivating factor. It may be an irrational love. A love that goes against what's reasonable or practical. But it's a love strong enough to, however creatively, turn it into reality. Otherwise, it is just too easy to opt for other forms of transportation. And people generally do what's easy, unless they love the other option that much more.

In the coming months, I hope to continue sharing thoughts and ideas on different aspects of rural transportation cycling. I would also like to compile a list of rural cycling blogs and post it here. My collection of links to those is pretty small so far, so if you know of any - or write one yourself - please do share!
Labels: rural cycling transport transportation options