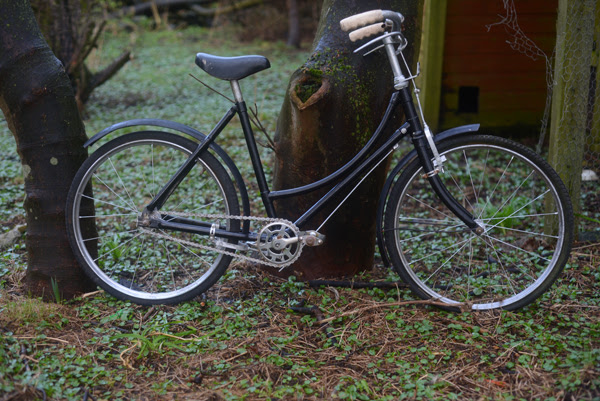 Perhaps to mark my own transition into vintage territory this weekend, I finally managed to retrieve the vintage Triumph mentioned here earlier. But more on that bicycle later. Because, unexpectedly, it came with a little something extra worth showing here ...And when I say little, I mean that literally! I have come across vintage children's roadster bicycles before, but I don't think I've seen one quite this small in person. 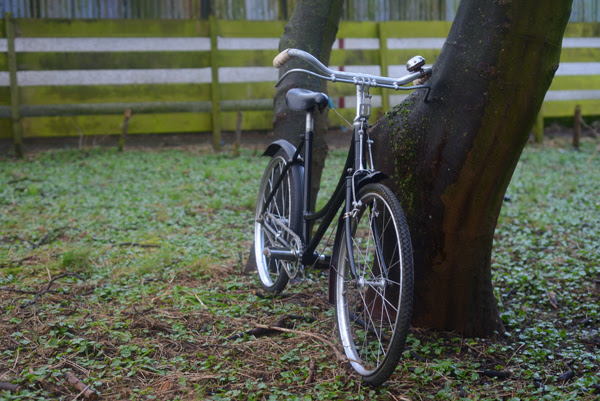 What is immediately striking about this children's loop frame, is how well it replicates the proportions of the adult equivalent - from the look of the frame itself right down to the handlebars and rod brakes. Nearly every detail resembles a shrunk version of the adult sized machine, so much so that in pictures it's hard to tell quite how teeny this bicycle really is. 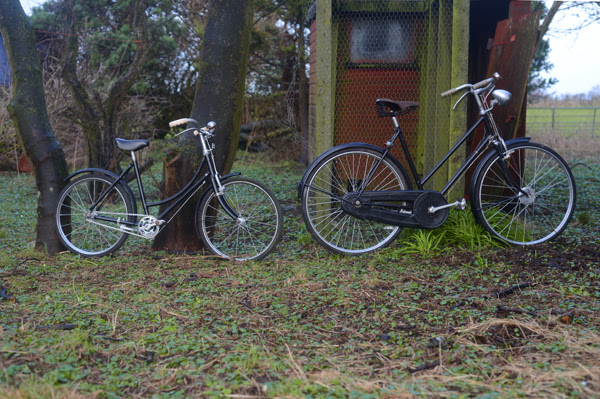 But to give you a sense of scale, here is the baby loop frame next to the adult 26" wheel Triumph. The wheels on the child's bike are not marked with a size, but they measure similarly to modern 20" wheels. The overall sizing looks about right for a 5-7 year old. 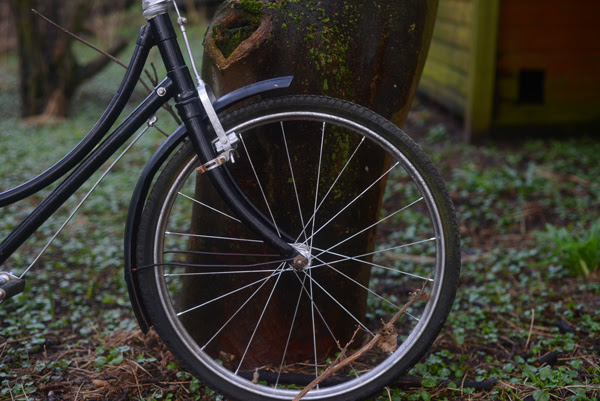 As far as origin, this bicycle is a thing of mystery - completely devoid of branding. As for age I am guessing '50s by the look of it. Neither the frame, nor the components are stamped with markings of any kind. 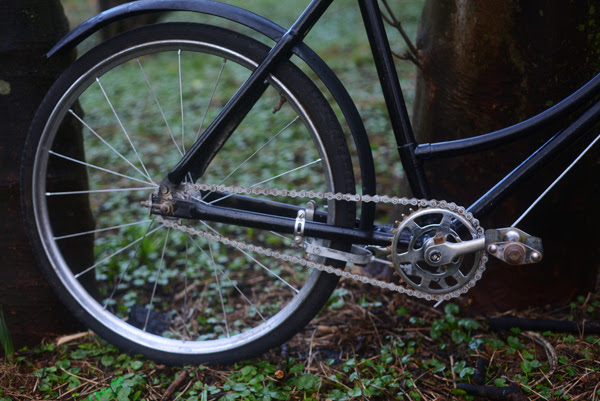 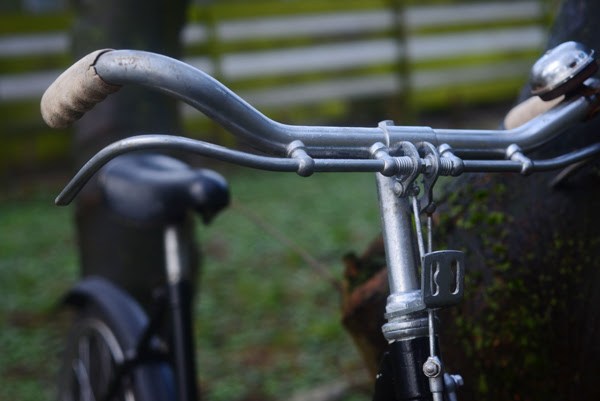 A generic miniature headlamp bracket. There is no headbadge or traces of one having been affixed. There are no decals. No markings on the fork crown or on the bottom bracket as far as I can see. 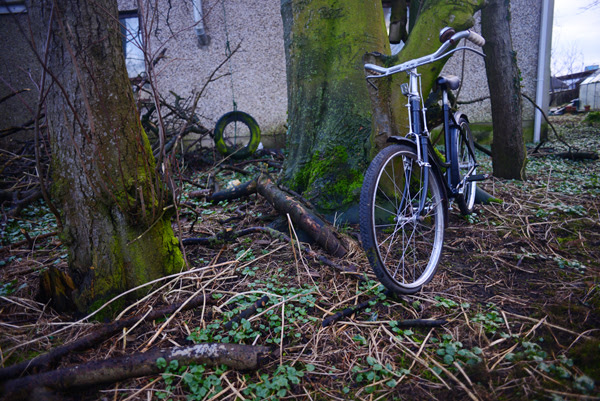 For the most part the baby loop frame is in functional and cosmetically good condition, with the exception of some chrome parts having been spray-painted silver. Sadly, there is a small split in the rear rim, and a replacement rod brake rim in this size might not be easy to source. I took the bike mainly to rescue it and have no plans for it beyond that. But I'd like to show it to a collector like Chris Sharp and see what they can make of its provenance.

Could it have been a one-off, made to order for some spunky little girl with a penchant for fixed gear? Or is it more likely that manufacturers made mass produced children's bikes without bothering to brand them? Whatever its story may be, it is a curious and adorable piece of two-wheel history.
Labels: children loop frame small wheels vintage