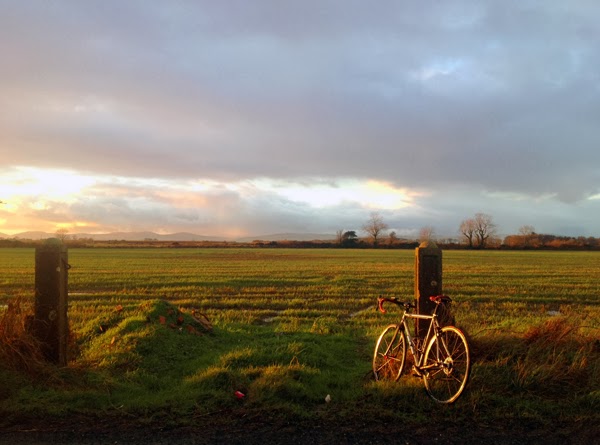 Two minutes per day. That is how much daylight we gain once past the winter solstice. The change is so gradual, so subtle, that tracking it seems as futile as trying to watch our hair or nails grow. We do not notice the incremental changes, until one day, all at once, the lengthening becomes apparent and the change impresses us as if a monumental shift has taken place overnight. All the sudden it no longer gets dark at 4 in the afternoon, as it did during those shortest, most oppressive weeks. And that extra fraction of an hour we gain - or, perhaps it's an entire hour by the time we take notice - seem to come out of nowhere, like a bright, crisply packaged gift. 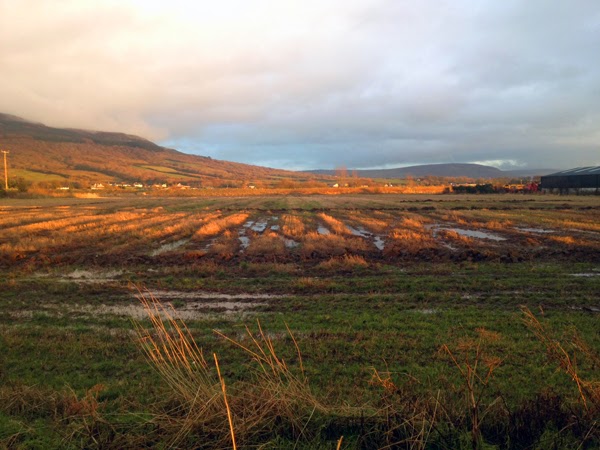 That is how it has been for me, for as long as I can remember. Except this year - now, that is. This time around, it is the strangest thing, because I have seen the days grow. For a week straight in the middle of January, I rode my bike at the same time every day - setting off in the early afternoon and trying to make it back before dark. This self-imposed deadline was based not on the fact of the fading light it itself, but on the temperature drop and heightened risk of icy roads that come with it this time of year. On the first day it was already dark by the time I rolled down the lane that leads through the fields to my house. The street lights were on in the farm yard next door. I looked at the time and saw it was 4:40 in the afternoon. On the second day, I had aimed for the same time and noticed that the dusk - while still having arrived, was more transparent. On the third day, this transparency intensified and now the outside lights next door were not yet turned on. The days were growing in front of my very eyes. 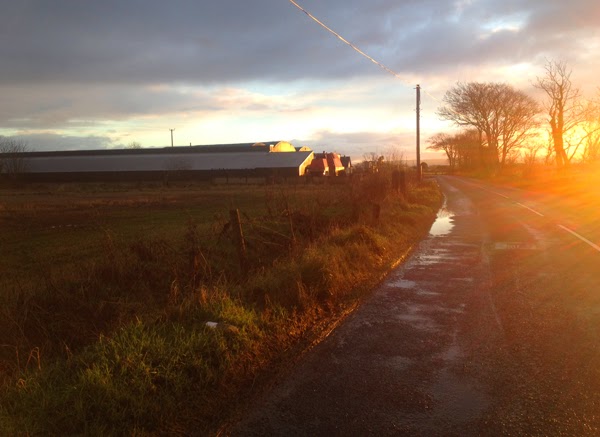 The following day, I aimed to be back by 5pm. And as I pedaled home, racing against the setting sun, I noticed another thing. It weren't only the days getting longer, but the sunsets. The sun was not dropping like a stone once its descent began, as it had taken to doing since mid-November. On this afternoon it proceeded more hesitantly, making its way toward the horizon as if wandering down a not too steep hill absentmindedly. 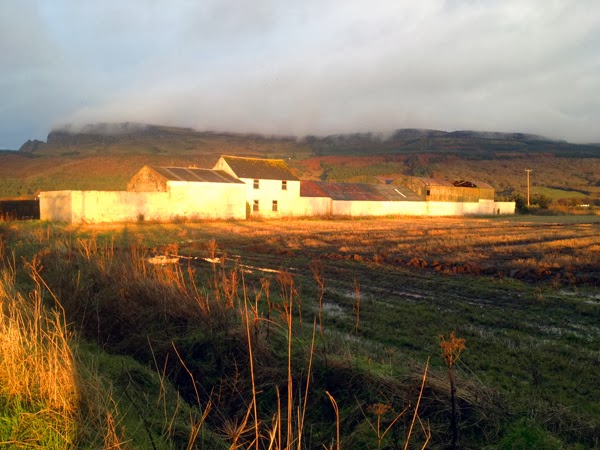 The setting sun's glow was a warm one, bathing the roads, the fields and the mountains in a golden light reminiscent of a long summer's evening. This sunset was not anywhere close to a true summer sunset, with its hours of luxuriant lingering. But it showed hints of eventually becoming one. It was a categorical change from the curt winter sunset, with its stingy flash of white-blue light just before fading to black. At what point, I wondered, had the one switched to the other? Even as I managed to observe the minutes of daylight lengthening, I had still missed the delicate changes in the quality of sunsets that must have taken place just as incrementally. And while at first I lamented my oversight, as I got closer to home I was comforted by the thought that perhaps nature does not want to be thus monitored, enjoying the "hey, when did that happen?" reaction instead. And so it sneaks in these suddenly lingering sunsets and longer days, and we are blown away by them once we notice - appreciating them all the more when lucky enough to greet them on the bike.
Labels: roadcycling weather winter cycling