Easing Into It or Full Speed Ahead? 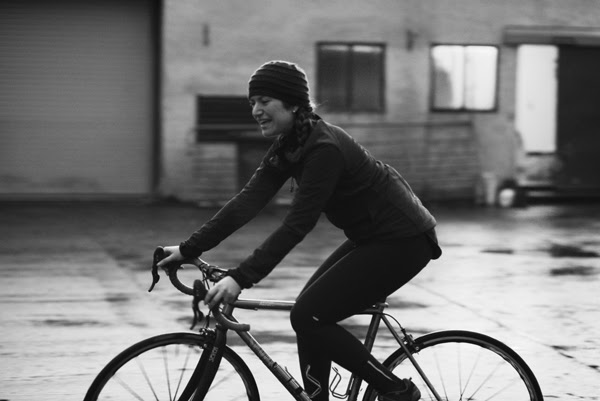 There comes a stretch in the winter - usually lasting a couple of months - when I take a break from roadcycling. And while I still cycle almost every day for transportation, my milage becomes a fraction of what it is during the roadcycling-intensive months, and the amount of physical effort I put into riding an upright bike in my street clothes is not nearly the same. Not surprisingly, when I do get back in the saddle (the narrower road saddle, that is) I feel distinctly out of shape. Some work is required to get myself back to a fitness level where I feel like "myself" on the bike again.

Taking a break in the colder months is fairly common among cyclists, and I have found it interesting to learn that different regions have different traditions of when this is done. In New England, cyclists tend to keep riding through most of December, then take a break in January and February before re-emerging in March. Here in Northern Ireland, cyclists tend to take November and December off instead, then get back on the bike in January for "winter training" (base miles) before switching to a more intense and focused cycling regimen when spring arrives.

Purely by chance, it so happened that I followed the local schedule this year. November and December were hectic for me, and thanks to that in combination with the weather taking some getting used to, I more or less wrote them off. Then January arrived and somehow everything fell into place enabling me to ride nearly every day since the start of the year.

When it comes to getting back on the bike, what I tend to do is start easy and frequent. Short, flat rides, with effortless spinning through pleasant scenery, just to get accustomed to being on the bike again and to get back into the habit of doing it regularly. I know that I have to be careful not to overdo it with a ride that is too long, too hilly or too fast - as that can result in several days off the bike in the aftermath, which - when the weather is crappy and my pride is hurt from being out of shape - has a way of leading to more days off the bike. In this early, delicate stage, frequency and enjoyment are more important than hills and miles. It's about feeling comfortable, getting back into the habit of it, settling in. Once I feel like that is done and begin to crave more, I start riding with other, stronger cyclists again. And then out come the miles, the hills, the speed, the exhaustion - and the rapid growth in strength. It is only then that I truly feel "back." But I couldn't do that cold; I have to work up to it.

By contrast, a local cycling friend was telling me the other day that he needs a hard push - a jolt even - to get going after significant time off the bike. He needs those hard, painful rides straight away in order for the winter lethargy to loosen its grip. He needs competition with riding buddies. And he needs to feel just how out of shape he is in order to motivate himself to get back to his previous level of fitness. And though I can't relate, I understand this. We are attracted to cycling in different ways, and different aspects of it motivate us.

So, what is your approach when you try to get back into a regular roadcycling routine? Do you ease into it gradually, or jump in full speed ahead?
Labels: roadcycling winter cycling