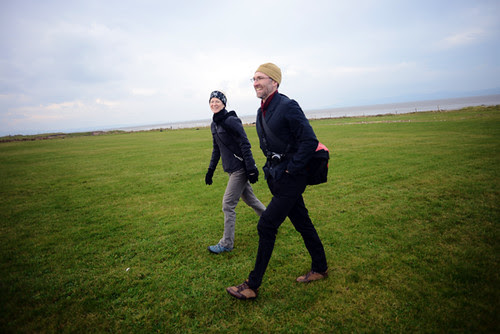 To watch The Blayleys walk across the pasture beside my house felt surreal, if only because it seemed so natural. John Bayley is Irish, so his presence registers as entirely normal here. But also, Ireland just doesn't feel that far from the Greater Boston area. It was almost as if we were meeting in rural Vermont or Western Massachusetts. Well, not quite. But the setting did not feel wildly foreign.

What did feel foreign was the complete absence of cycling. Pamela is still recovering from her injury earlier this year. And they were not staying long enough to make it worthwhile for John to bring a bike along. So here we were - interacting not as three cyclists, but simply as three people. Meeting at the train station, we walked to my house along the country roads as the sun set over the mountain. Then we lounged indoors by the fire until 2 in the morning. 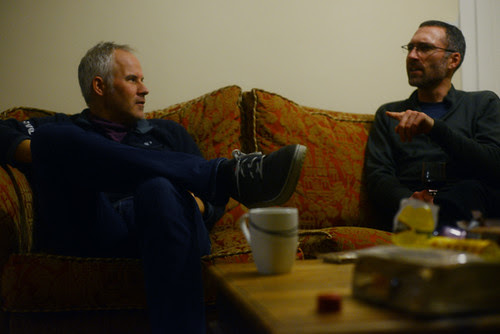 Throughout the evening, others came. For a place as remote and under the radar as Northern Ireland, it is surprising easy to end up in serendipitous situations. Cycling persona Dave Smith - aka @ffflow - happened to be in the area. Now here he was, at my house, in the flesh, bearing a bottle of wine and stories that had nothing to do with cycling. International man of mystery Clive Somerville joined us as well, just back from a trip to Abu Dhabi. Wine and food appeared. Introductions were mostly dispensed with. Conversations began from the middle and went in unexpected directions, as if we all knew each other better than we did.

How does that happen exactly? None of us were from the area. And all had had something unusual happen to us in recent times. Maybe that was the common thread, the disinhibiting factor. As well as the knowledge that we were all connected by our love of bicycling, even if the topic was hardly mentioned. 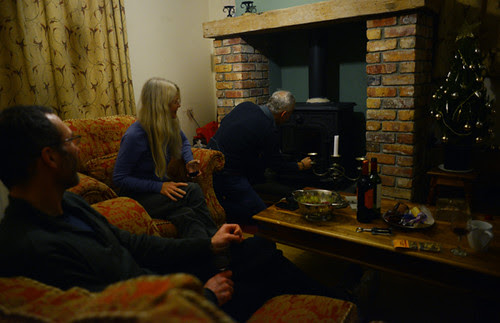 I used to think that I would not know what to do outside a cycling context with those whom I knew through cycling. This year has proved that to be entirely wrong. And as strange as 2013 has been, that is one thing I am grateful to it for. 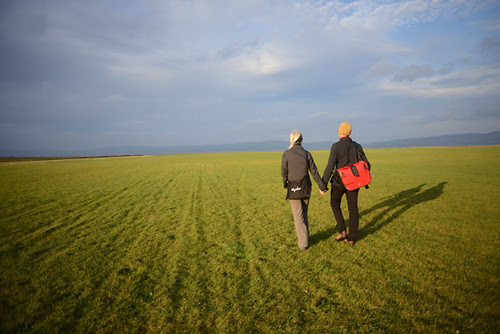 In the morning, I walked with Pamela and John to the shore, across the fields of faded grass. Pamela is tough and resilient, and the next time we meet we could very well be riding bikes together. But, as with my other guests from last evening, the cycling aspect seems almost irrelevant now to our connection. The threads that bound us might be threads of wool and lycra, but somehow they have helped us transcend the realm of cycling.