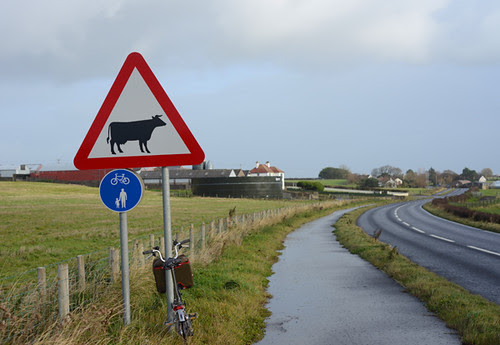 Most of us have probably heard of cycling highways in the Netherlands. These long distance segregated bicycle paths run through suburban and rural areas, making it easy for cyclists to commute into cities and towns. Perhaps less known is that cycling highways also exist elsewhere - for example, in Northern Ireland. Considering NI is not especially famous for its cycling infrastructure or high rates of bicycle commuters, I find this interesting and would like to share my experience. 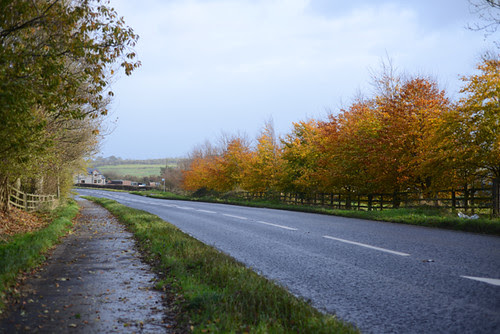 The place where I am currently staying is about 7 miles from Coleraine - a good sized town by local standards, with multiple shopping centers, a variety of businesses, and a university. It is a major commuter's hub for surrounding rural areas - including the village I am closest to, which is Castlerock. There are two routes from Castlerock to Coleraine. The direct one is along the A2 - a country highway with high speed traffic. The indirect one is along a quiet backroad that meanders along the coast and is quite hilly. When I am on my roadbike riding for sport or recreation, I prefer the hilly backroad. When I need to get into town in my regular clothes, laptop in tow, without being absolutely spent and dripping with sweat upon arrival, the comparatively flat and more direct A2 makes more sense. Luckily, a fully segregated mixed use cycling/pedestrian path runs along the entire length of the country highway. 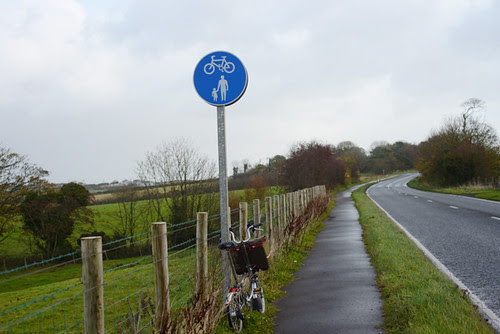 The path is wide enough to accommodate 2-way bicycle or pedestrian traffic. It is buffered from the road by a 3 foot wide grass strip and a raised ridge. The tarmac is a well maintained chipseal. Blue MUP signs as shown here are posted every half mile or so. 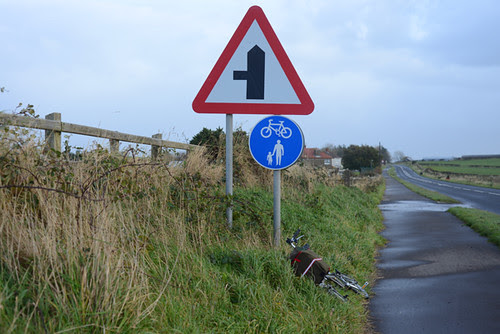 One of the nicest things about this path, is how few interruptions there are. I only counted about 3 during the entire 6-mile rural stretch before hitting the Coleraine suburbs. 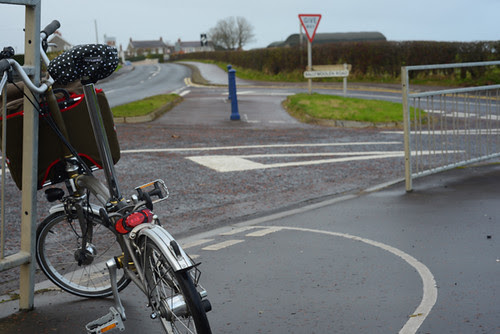 In the more populated areas, the intersections look like this - but navigating them is intuitive, and it's easy to watch for traffic. 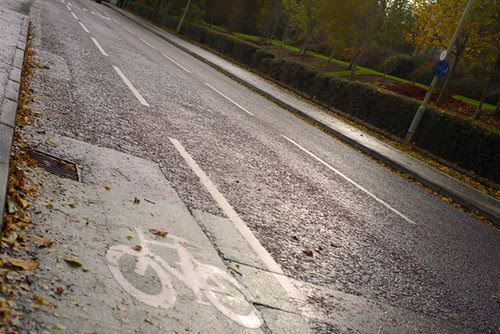 Once in the suburbs of Coleraine, the segregated path transforms to a bike lane. At this point an additional two-way MUP appears across the road. 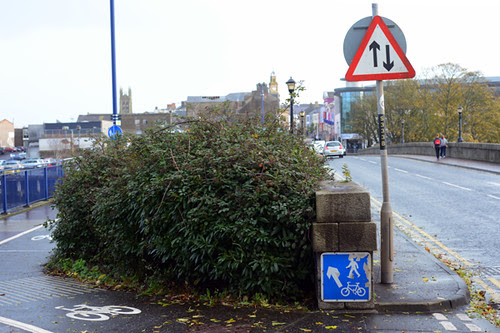 Once in the town proper, a segregated bike path takes you over the bridge across the river Bahn into the town center - a largely pedestrian area closed off to motor vehicle traffic. And so before you know it - voila, you arrive in the city after a very pleasant commute from the countryside. 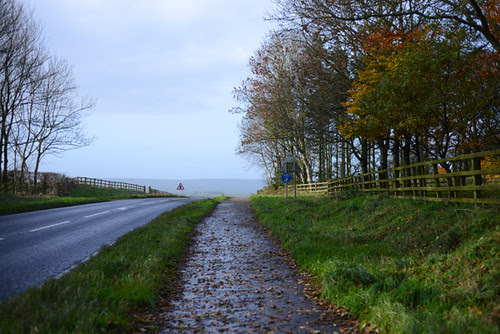 Overall, I would say the most challenging aspect of the cycling highway here is the weather. In mid-November, it is getting cold, bleak and damp, with strong winds. The landscape here is wide open, with little in the way of shelter from the wind or rain. Another thing to note, is that - for the most part - there is no illumination at night. The structured and straightforward nature of this route makes navigation in the dark doable with bright LED lighting - but not everyone will like the spookiness of riding through the middle of nowhere in pitch dark. 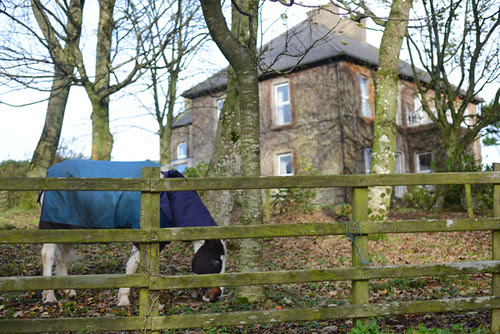 As far as the nicest parts of the cycling highway, it is things like this. Riding along the segregated bike path, I can take it easy and enjoy the scenery and animals. It is a pleasant and relaxing way to get around for transportation.

The cycling highways in Northern Ireland exist without much fanfare. But they are here, and they are lovely. If others have experienced cycling highways - either in the Netherlands or elsewhere - I would love to know your impressions.
Labels: countryside infrastructure Ireland rural cycling transport transportation options