Roadsters on the Sand 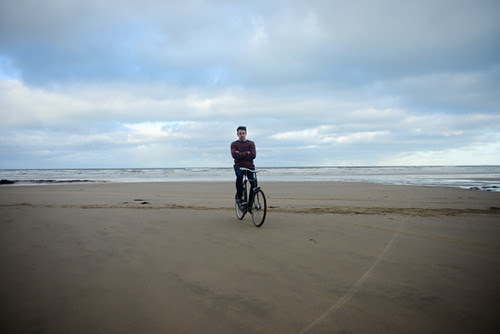 In a village cafe with impressively bleak sea views, we said this to each other almost simultaneously, as if really questioning ourselves. Clive is here from New Zealand, via England, via... well, it's a story not easily summarised. Much like myself, he does not have a neatly packaged explanation for how he ended up in Northern Ireland. He is simply here. Existing in what sometimes quite overwhelmingly feels like the middle of nowhere. Floating really. Coasting. 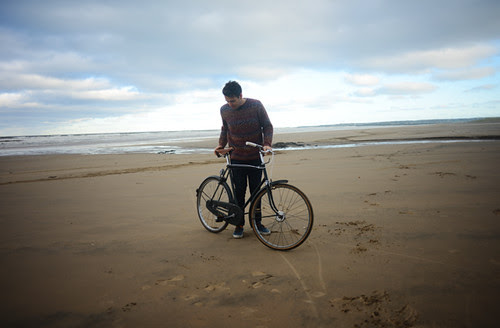 To put it frankly, befriending Clive Somerville has made me question my sanity. And as I worked beside the television last night, the Secret Window playing in the background, I was reminded of why. Clive Somerville could very well be a figment of my imagination. A stress-induced hallucination, an imaginary friend to keep me company in unfamiliar lands, whatever you want to call it. Bottom line is, his realness is worrisomely implausible. Take the name, for instance. Somerville? I moved here from Somerville, Massachusetts. And "Clive"? I'm sorry, but that's a fictional name if ever there was one - a film noir character. Or, a name I might give to one of my bikes... 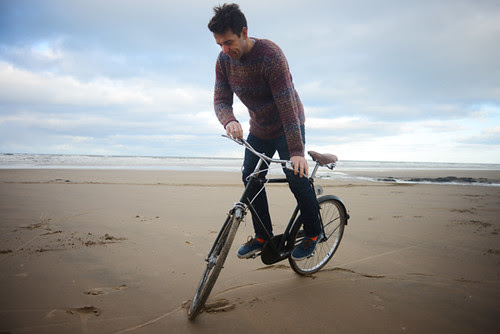 And speaking of bikes, the one he rides could have been plucked out of my imagination. A racing green BSA roadster, 1960s vintage, with Sturmey Archer hub and full chaincase - a beast he maneuvers as adeptly as if it were a BMX bike. 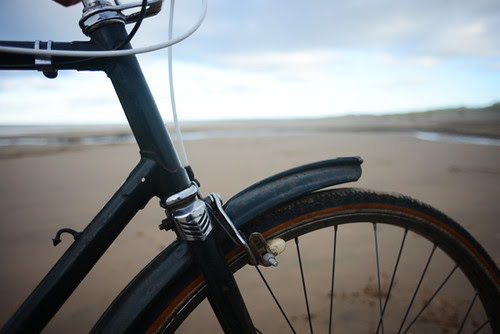 The BSA's frame has been drilled for rod brakes, yet the bike appears to have been fitted at the factory with rim brakes (which Clive fitted with Kool Stop "Vans" brake shoes - in white, to match the bike's grips). In all other ways, it is a traditional roadster. 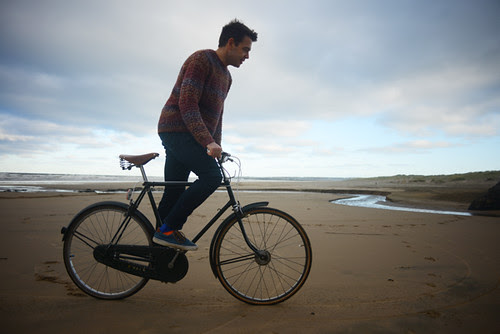 Clive bought the bike (named Lady Huck) while living in England two years ago, in a vintage shop in Dorset. He describes it affectionately as having been in "nightmare" condition, rough shape with most components on the brink of failure. 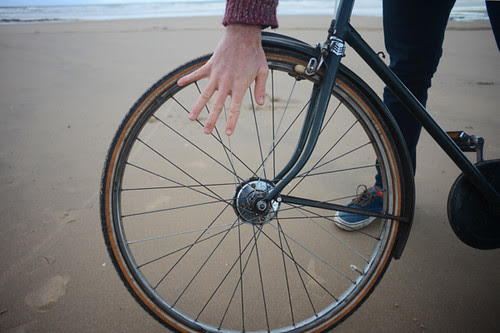 Once he started riding it, the bike promptly began to fall apart - which in turn inspired Clive to learn how to fix it. Enter the Sheldon Brown website. Enter the classic and vintage bike forums and various blogs. Enter the world of vintage parts hunted down on ebay, wheels rebuilt by hand, hubs repacked, and cottered cranks replaced. With Lady Huck, boredom is a non-issue. 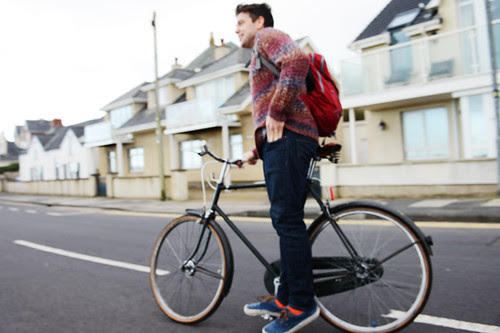 Then there is also a matter of Clive's commute. He cycles 6.5 miles each way, from his home in Portstewart to his job in Coleraine - utilising the rural cycling highway. With my own impressions of cycling in Northern Ireland overwhelmingly positive, I sometimes wonder whether my sense of this is somehow skewed. But, having lived here for nearly a year, Clive agrees: "Cycling in NI seems really well catered for. The cycle paths are convenient, the drivers are mainly extremely courteous and friendly, the local roadies wave, the police ignores me - it's all round a nice place to ride." Of course, his co-workers nonetheless think him nuts for commuting by bike - but neither Clive nor Lady Huck are phased. 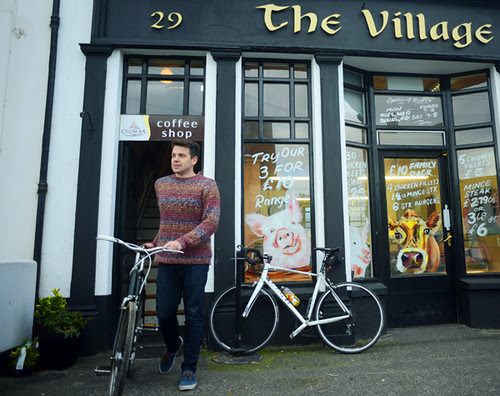 Though his favourite place to cycle so far has been the New Forest in England - an area he describes as so idyllic, I have difficulty picturing it. And as far as cycling in his native New Zealand, Clive describes it as great for mountain biking and BMX, but "hostile and dangerous" for commuting, roadcycling and touring in most parts of the country. This is interesting to me, as it's pretty much the feedback I get from all those who've lived in New Zealand - yet the place is rather enthusiastically promoted as an ideal bicycle touring destination. Goes to show that it's always good to talk with locals. 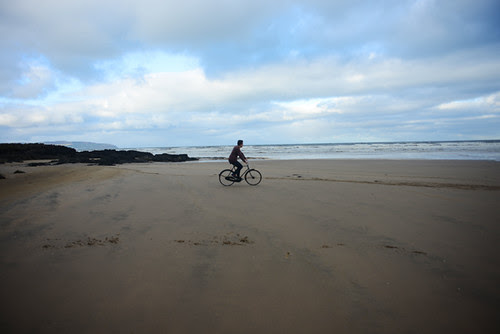 While neither Clive nor I feel anything like locals here and probably never will, we've each been getting to know the area and the people, while riding our bikes and snapping photos. Meeting up a few times, we've discovered some common ground - including complicated life stories, a shared interest in film photography, and a giddy admiration for Malachi O'Doherty. We could be figments of each other's imagination, for all we know. And I suppose there is nothing wrong with that.

Having photographed Clive on his BSA, the following night I had a dream where a group of people - all on vintage roadsters - were cycling on the sand, for miles and miles and miles as the sun slowly set. It was more than a bit surreal, but also quite doable here. Who knows, it could be a theme for a future V-CC Northern Ireland ride...
Labels: bike friends Ireland rural cycling vintage