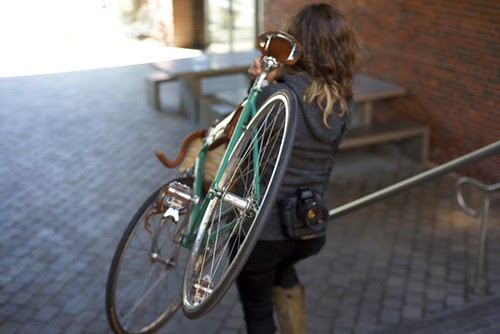 A couple of weeks ago, I had the pleasure of working with Heather McGrath - a woman whose excellent photos have graced many a magazine page and gallery wall. Those who love bicycles might also recognise her work from framebuilders' websites and cycling blogs: In recent years Heather has made quite a name for herself as a bicycle photographer.

In the course of running this blog and plunging deeper into the bicycle industry, I have thought about the relationship between cycling and photography. Many seem to get into photography as a result of riding their bikes. Perhaps it starts with wanting to photograph the scenery they encounter on a ride, or the bike itself. Over time taking pictures becomes a hobby and the rider's photography skills improve, sometimes to the point where they turn professional. Another scenario is where an established professional photographer becomes a cyclist, thereafter focusing largely on bicycles and cycling. Either way, bicycle photographers are almost invariably cyclists themselves. They have to be, to truly understand how to capture the defining characteristics of our beloved two wheel machines, as well as of those who ride them and make them. And Heather - as a daily cyclist, friend to local framebuilders and owner of a handbuilt bike - certainly understands all this. Ever wonder what being a pro bicycle photographer entails? I post a brief conversation with Heather below. 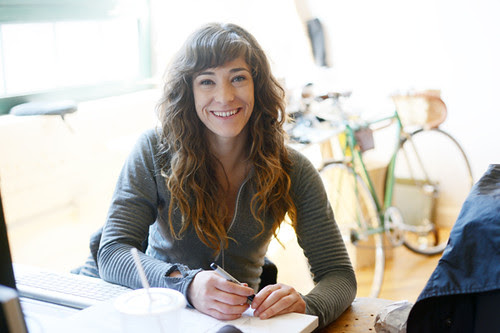 You describe yourself as an editorial photographer. In your own words, what does that mean?

I get hired mostly by magazines. But ad agencies hire me as well.

Roughly what portion of your projects would you say are bike-related?

A good portion. I have been very fortunate in this. I always marketed work that was directly related to my life. I just kept shooting for myself and the things I loved, and assignments started following. The bike industry has responded very well to my eye.

My first shoot that got me anywhere was just of my friends who lived in LA at the time. I came out with my Mamiya 67 and just hung out and shot a few frames. Some of the shots ended up on my first promo which lead to my first assignment with Bicycling Magazine a couple years later. 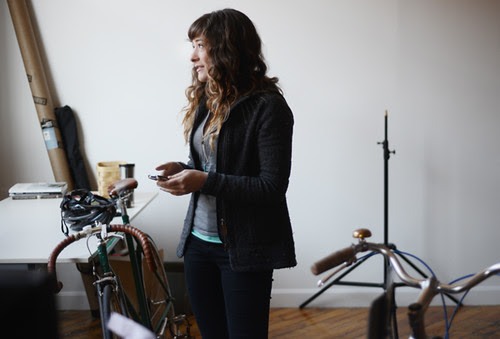 Do you get to travel for work? What sort of places have you recently traveled to?

I do. I have been flown to California, DC, Oregon, Austin, etc., for clients. I also travel alot for myself in pursuit of more photos for my portfolio. I actually just came back from a 7 week backpacking trip to the Netherlands, Croatia, Sweden, Norway and Iceland. I am going to start marketing these photos to travel companies and hopefully get more work there.

You've mentioned that for years you did not have a car and carried your photo equipment by bike. Can you describe your setup?

Thank god I have a strong back! Usually I just have my Bailey Works bag with a little subdivider in it with the body and two lenses. I don't light usually so I can travel light. But one time before zipcar existed I had a big shoot about 8 miles from my house. It was a big magazine and I was super nervous and of course it was about to rain right before I was about to leave. So there was no time to take the bus or anything. I packed up my huge Lowepro Trekker 2 bag which is supposed to be waterproof. I overpacked with lights and stuff I really didn't need because I was nervous. I threw in an extra set of clothes. attached a stand to one side of the bag and tripod on the other. And of course the downpour starts while I was en route. Like completely soaked to the underwear. And when I got to the house It had just stopped and this poor family had to open their doors to a girl who looked like a drowned rat with about 20lbs of gear on her asking to use the bathroom before we shot... 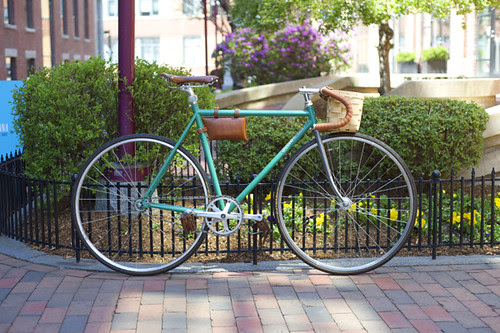 You own a beautiful handbuilt bicycle by Geekhouse. What made you decide to get a custom bike? Did you give the builder criteria as far as what you wanted in a bike?

Geekhouse wanted to make me a bike that was going to be a part of their NAHBS show bikes that year. Together we brainstormed ideas and colors. We all wanted something really classic looking. And my most important request was no toe overlap. I love track frames but I was sick of the toe overlap. A lot of the details of the bike were a surprise from the boys. They wouldn't even let me see it until it was completely done. I was there first curved fork and Brad made me my own monogram on the handlebars. I honestly think about how much I love that bike every time I ride it. I would never buy another bike that is not fitted to me.

[Note: See studio shots of Heather's bike here. Also: The basket pictured here does not actually live on the bike, just a joke.] 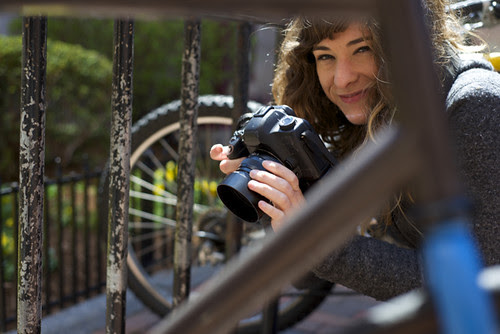 Are there any special challenges for you in photographing bikes compared to other types of photo shoots?

The hardest thing I have faced is keeping my shot in focus. I have all manual focus Zeiss lenses usually kept at f2.8 or lower and I'm often shooting motion or riding with the subject and have to have both hands on the camera and just look through the eyepiece to even see where I am going!  You have to be able to stay on your bike, not hit anything, keep a good frame, and keep the person sharp! But I like these challenges. So I see it more as fun than torture. Another good story was when I was shooting the Lucus Brunelle shot for Bicycling Magazine. I had my assistant riding me around the city on a moped. I had no feet pedals, and makeshift belt keeping me and brad back to back. I just held on with my thighs and kept my feet in the air! We did this for about 2 hours. and the whole time manual focusing everything while we zipped in-between lanes of traffic at full speed. Luckily I grew up riding dirt bikes so I had no fear in any of this. We got really lucky though at the last shot when we found the police car that Lucas could skitch on. The police never looked over and it was hands down the best shot of the day!

Any advice for amateur bicycle photographers considering venturing into paid work? Do you think a formal education in photography is essential?

You don't need a formal education. I almost dropped out of my own photo school. I had already been a professional retoucher and a graphic designer before I decided to be a photographer, so I came into the industry already knowing the back end. But because of those skills I was able to keep retouching for ad campaigns while I was working on my photography career. Eventually I didn't need to retouch anymore. My suggestion is to sacrifice your social life while you work on your skills. Assist as many other people as you can. And shoot what you love. That's how I got here and I am very grateful. 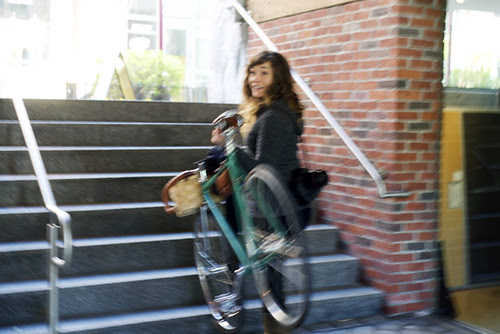 Having worked with Heather, I would describe her approach to photography as intuitive, fluid and thorough - focused on staging lively and realistic scenarios which can then be captured as still images. Heather uses both film and digital equipment. She prefers to ride fixed gear, and usually rides in her regular clothing and shoes, using pedals with toe straps. She commutes by bike around Boston, using her car when needed to transport props and large equipment. Whether working in her studio in Boston's South End or on location, Heather is good, really good at what she does. And her taste in bikes is none too shabby either.
Labels: bike friends Geekhouse photography