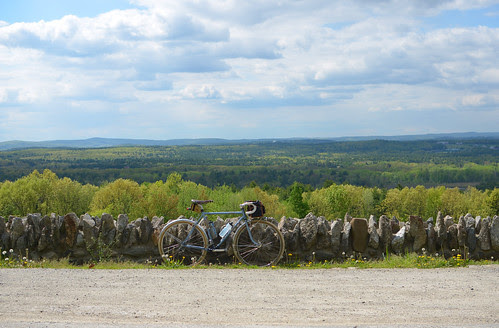 A luckless morning. I had attempted to join a 100K club ride, only to get an important phone call as I pulled up to the start. By the time I got done the others were nearly an hour ahead. I would never catch up. I decided to ride the route anyway.

The weather had been beautiful. But as I set off, it began to rain - cold, hard little drops, carried sideways by the wind, sharp against my face.

On the road there was more traffic than usual. A mile in, a driver cut me off and I barely avoided a collision. Still fuming over this, I began to notice that my throat hurt. I was hot and cold. I felt sluggish. Maybe I was running a fever. Maybe I should count my losses.

A deep irritation over a day wasted was building up. Workdays that have no clear end or beginning. A weak constitution that has derailed my plans one time too many. If it's not one thing, it's another. 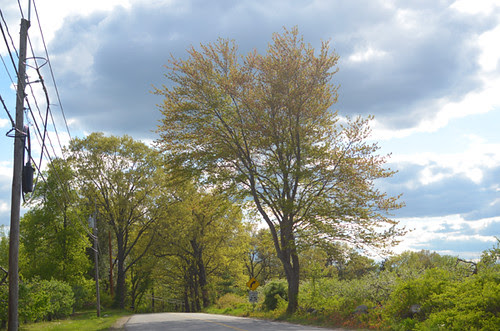 For some miles, it was angry riding. Riding a wave of frustration. But I pedaled. Mechanical motions. Round and round. Rain and chills, traffic, scratchy throat, round and round. "Oh shut up," my legs said to my throat. We would break away.

I had the sense that once I was a certain number of miles out, it would all resolve itself, because turning back would no longer make sense. Concord, West Concord, Maynard. I pedaled harder.

But then came a moment of doubt. I had not meant to be on my own with my thoughts on this day. What would I do out there, for hours, with all these thoughts? "Oh shut up" my legs said to my brain.

And we broke away. 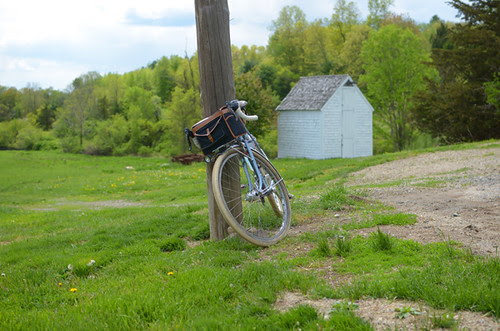 20 miles in. As if someone had waved a magic wand, the cars were gone. The sun came out. The pedals lost their resistance. We floated up hills. My mind emptied.

In Still River I passed a Benedictine monastery. It stands on top of a hill, overlooking a green and blue rolling landscape. Slowly I rode through it, not seeing a single person on its grounds. The monks must have been indoors.

In Boxborough I stopped at a farm. It had visitor hours and notices posted, but looked abandoned. With my bike, I stood in the middle of a field dotted with white barns, thinking of nothing. I heard ringing in the air. The field was full of dandelions. 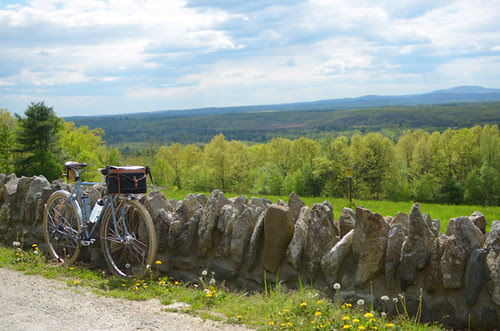 The climb leading up to the Fruitlands was shorter and tamer than I remembered. Today, the hill was an invisible host, gently taking me by the arm and leading me to the view.

At the hilltop, I had the place to myself. No cars were parked at the scenic overview along the side of the road. No cyclists passed. I had made it all alone up there and the world felt far, far away. The sun flickered through thick clouds, a flood of light going on and off. I looked down at the little mountain clusters across the state line. The entire world felt close. 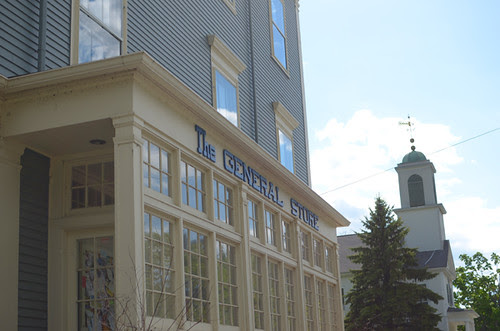 Descending into town, I remembered that I had not eaten for hours and stopped at the general store. When I ordered coffee and a sandwich, it felt strange to talk - as if I hadn't spoken out loud in years. Was I even saying the right words? The boy behind the counter had an inscrutably friendly face that had seen many cyclists. 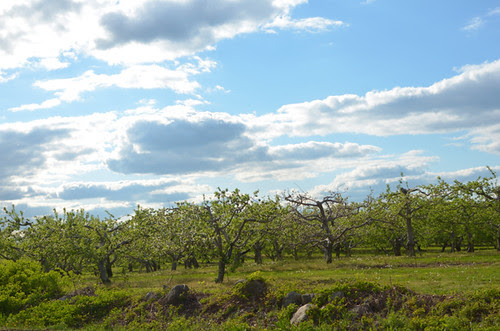 Orchards and orchards on the return leg. The apple orchards have such neat rows of such crooked, erratic-looking trees. Line-dancing trees. Shaker trees.

This ride was coming to an end much too fast, I thought. I wasn't ready. And I veered off course onto another road, with more uphill floating, more orchards.

But at length, unfamiliar farms gave way to familiar ones, a gentle reminder of being homeward bound. Then finally, the bikepath, and the city - with 100 miles on the computer and frustration a faint memory.

Sometimes if you just keep pedaling, everything else breaks away, falls away. If you keep pedaling, the mind quiets down.
Labels: 100 miles Rawland ride reports stories