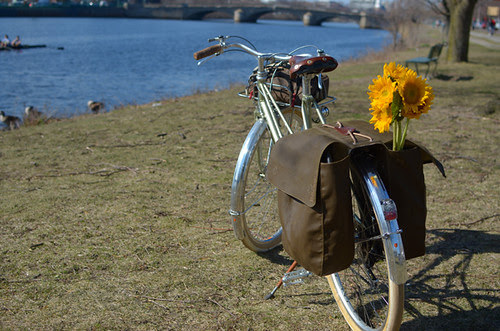 "Business in the front, party in the back, yeah!!!"

Riding from the grocery store, I stopped on the side of the river path to watch the row boats. A grinning cyclist rode past - pointing at the front, then the rear of my bike in an enthusiastic Contador-style salute.

Huh? Oh! Camera bag, flowers. Got it. But before I could say anything, he was gone. 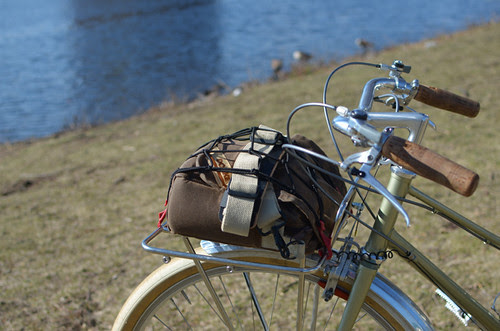 Riding to and from work assignments on a warm sunny day feels suspiciously good. Now that the snow is gone, I am making longer trips again, seeing parts of the city and suburbs that I've missed, encountering new characters. 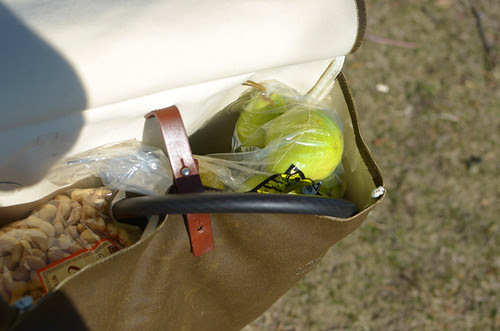 Grocery shopping can feel like a chore, except on those drawn out afternoons when the sun lingers and lingers. 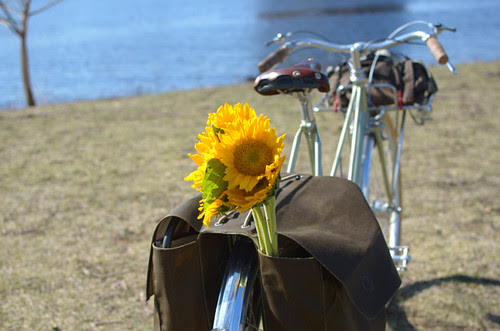 Back from a hard road ride, my legs feel too restless to sit. Nothing feels better than spinning on my city bike along the river to fetch some groceries. And flowers, to brighten up the kitchen. Sport, transport. Business, party. Weekdays, weekends. 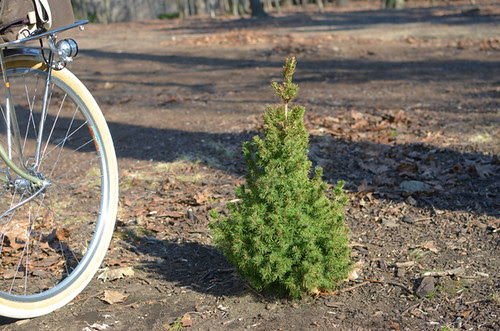 On the way home I stopped to visit the Tiny Tree. We replanted this tree (a Dwarf Alberta Spruce, I am told) in some woods nearby in the first week of January. The ground was clear of snow then and we were lucky to get a warm day, when the soil was soft. I found a spot in a clearing that would get some sun.

Afterward I regretted having planted the tree so close to home: Now I would feel compelled to check up on it. I visited every week. When the snow storms started, it was covered almost to the tip, and I was sure it wouldn't survive the cold. But every time the snow melted, there it was - emerging green as ever. It doesn't look much bigger than it did three months ago. But today I saw some buds resembling baby pine cones.

Have a good weekend, and, as always - thank you for reading!
Labels: blogiversary mixte urban cycling