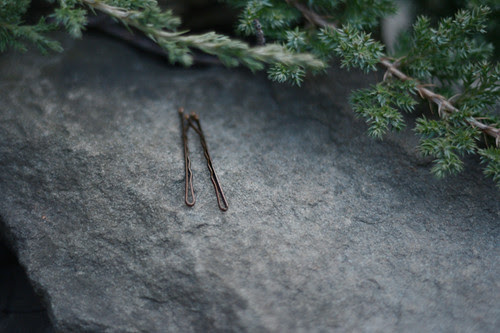 Only when reviewing the route months later did I realise that I must have climbed for 7 miles to the high point of Cushendall Road. Effortful as this must have been on a small wheel folding bike, it did not register as such in my memory. What I do remember: Ascending - almost like floating - through an expanse of short, scraggly pine trees, past a surreal lake with steam rising off it. After that, there were farmlands and more farmlands, with their scatterings of placidly grazing sheep. Before long, I was at the top, and now the foggy glens edged by the sea spread out in front of me. Looking down, it was hard to believe that soon I would be at sea level.

I was not, at that point, used to descents longer than a couple of miles. This one was around 6. It began slow, but the grade steepened as it continued. As I gained momentum, the surrounding grasses and the sea began to blur together with the fog, into one green foamy mess. I felt intermittently dizzy and sleepy. In the distance I glimpses another forest and welcomed the variation in landscape.

When I saw the sharp curve in the road ahead, it was a jolt to my system, even though I had seen the map and knew to expect it. From my vantage point, the hairpin turn looked like a giant version of an actual hairpin. Somehow I'd thought the distinct shape only emerged in aerial pictures, and could not be glimpsed as such in real life from a bike. But there it was in front of me, a hairpin sure as day. There was the flash of recognition of what was about to happen, and then it happened. I reduced speed, then reduced it again, and leaned, and still felt the violent yank of whatever force did not want me to make the turn. But I made it: Braking clumsily, drenched in sweat and on the verge of skidding, I made it. For the rest of the descent I was wide awake.

Another time, back in Boston, I joined a friend on an unfamiliar route through some local hills. Having finished a climb we were about to descend a high traffic road, and she warned me not to pick up too much speed. The wind carried her voice away, but I could make out "Sharp turn! ...end up opposite traffic lane!" Gingerly I cycled around the bend, which I discovered to be another hairpin. Again it stunned me that even with the cars speeding past, even with the row of strip malls in the distance, even with all my energy focused on making the turn while keeping my line of travel, I could make out the shape of the mighty, beautiful hairpin.

So that makes two so far, which is also the number of actual pins I usually wear in my hair. That connection bears no significance what so ever, but it pops into my mind when I use the pins - just one of those silly associations.

Some years ago, a Tyrolean friend told me - in great, descriptive detail - about the Stelvio Pass, with its 48 hairpin turns. A vintage Austrian picture book was produced, dramatic hand gestures were involved. When she said her uncle liked to ride his bike there, I thought she was joking. How could such a thing be possible, on a bike? I felt lightheaded just looking at photos of the bends, scattered through the mountain like pins in some mad woman's hair.
Labels: Ireland roadcycling stories travel