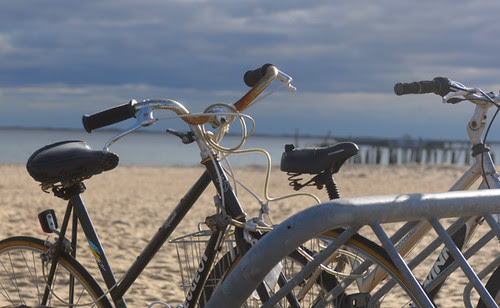 The holiday rush of the city really got to us this year, and we wanted to be some place quiet. So for the days leading up to Christmas, we stayed on Cape Cod.

And quiet it was. Turns out Provincetown has chosen this winter to repave its roads and fix its sidewalks, so basically the whole town was dug up and closed to motorised traffic. 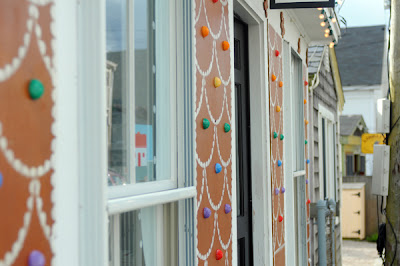 But despite the roadwork, many of the businesses remained open, catering to locals and to the occasional visitor. The result was the sort of insular pedestrian small-town atmosphere that has long ceased to exist under normal circumstances. People said hello to each other on the streets. The phrase "How are you?" was interpreted as a question, rather than a greeting, and detailed answers were given. Merely seeing each other walking, or cycling around the town center had created a sense of relaxed familiarity among everyone present, however temporary. 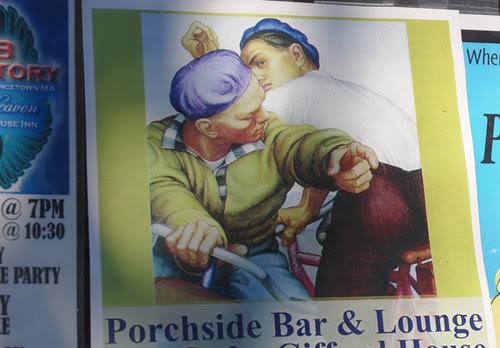 Even in the busiest, most hectic part of summer, what I like about Provincetown is how relaxed and unaggressive it is. Bikes, pedestrians, cars. Tourists, summer people, locals. Gay, straight, undefined. Somehow, all of these categories are simply combined, without being pitted against each other. They are separated by "and" and not "versus." It's a microcosm that does not reflect the reality of life elsewhere. But at least it shows that, in theory, it's possible for people to function like this. And in the off season, with everyone squeezed into the same couple of bars and coffee shops after hours, this became all the more apparent. 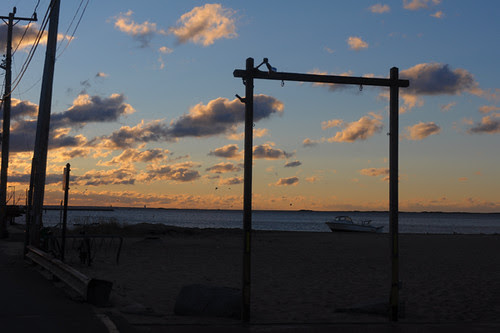 Last year I mentioned noticing more incidents of aggressive and inattentive drivers over the winter holidays in Boston, and this time around it seems even worse. First it was the rush of last minute Christmas shopping. Now I guess it's the post-Christmas sales. Soon it will be New Year parties. Whatever it is, drivers on the roads just seem so impatient and angry right now. Sure, they might arrive to their holiday parties smiling, saying all the requisite niceties and exchanging beautifully wrapped gifts. But what's the point, if for entire weeks leading up to this they are filled with such stress, that rage is boiling just beneath the surface? I couldn't even feel annoyed at the woman who laid on her horn and shouted when I took too long making a left turn the other day. Obviously something other than me on my bike must have been the real cause of her anger. So I try to be extra cautious on the roads. And I try to not fall into the stress trap myself. No big plans. No pressure. No stress. That's my plan into the New Year.
Labels: Cape Cod holidays traffic