The Return of the Camping Bike 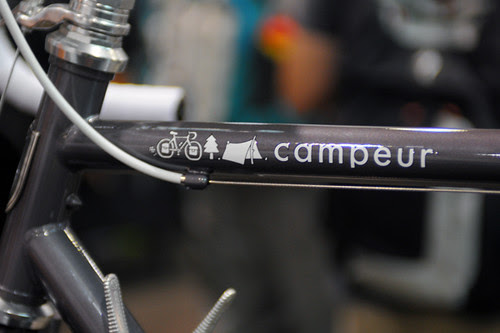 The idea of bike camping has been creeping into our insular little bicycle culture for some time now, but I confess to being rather dismissive of the trend. Sure, some people go camping by bike. But so much so as to create demand for camping-specific bicycles? Nah, I thought. But seeing the decals on the new Velo Orange "Campeur" model at Interbike earlier this year really brought it home for me: Camping bikes are for real. The now in-progress long term review on the Gypsy by Trade blog has further fueled my curiosity. 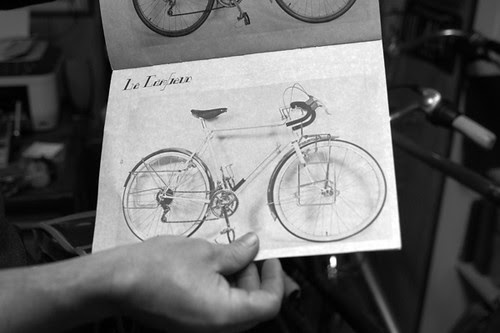 The camping-specific bike is not a new concept. The original French campeurs, popular through the 1940s-1960s, were designed for cyclo-camping - a variation of cyclo-tourisme involving shorter trips and heavier loads. Typically these bikes were built with 650B wheels and wide tires. Front and rear low-rider racks were standards features. 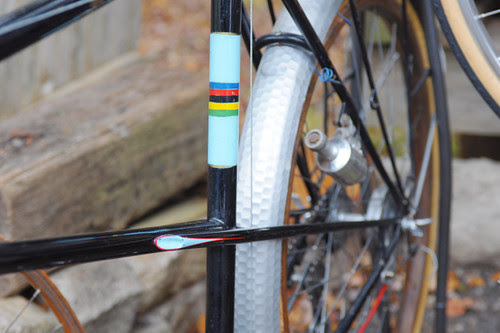 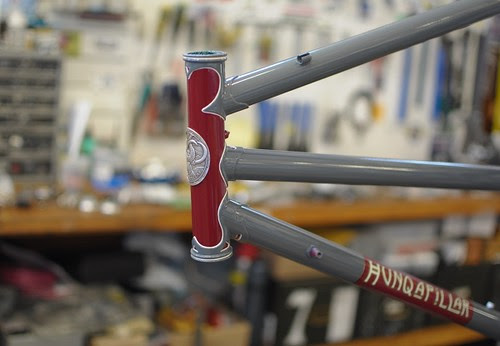 Today, Rivendell offers several "diagatube" bicycle models based on a similar premise. This is fitting considering that the current popularity of bike camping is in no small part due to Rivendell's promotion of what they call the S24O: the sub-24 hour overnight trip. The idea is that you set off after work, ride to a local camping spot, spend the night there and return in the morning. Whereas full-on bicycle touring requires considerable time commitment, even the busiest of people can manage the S24O. There are now blogs and a flickr group dedicated to the practice. 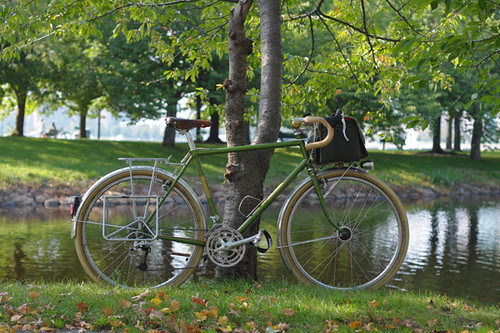 So what is the relationship between bike camping and a camping-specific bike? In a sense, any bike that can carry camping gear comfortably will be suitable for the job. Beyond that, it mostly depends on the length and terrain of your route. Touring bikes equipped for wide tires, fenders and racks - such as the Surly Long Haul Trucker and a number of Salsa and Rivendell models - have made popular choices. There has also been a trend to convert vintage touring bikes to 650B wheels (for extra tire clearance) and use them in this capacity with the addition of front and rear racks. But a camping bike could also be a transport bike, even a cargo bike or a capable folder for that matter. There is no precise definition. 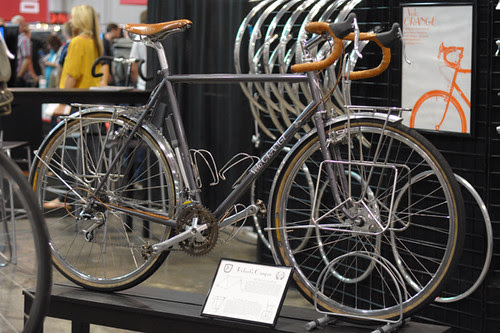 So what can we expect from a camping-specfic bicycle model? A number of features come to mind: robust tubing to accommodate the weight of gear, long chainstays for pannier/heel clearance in the rear, eyelets for front and rear racks, clearances for wide tires and fenders, and a reliable braking system. The VO Campeur is additionally interesting in its low-ish trail front end geometry, which some believe to be helpful for carrying a considerable front load.

Will camping bikes take off? The concept of bike camping already has, so it's really a matter of whether the campeur is sufficiently distinct to carve out its own niche. I suspect the concept inspires and attracts a slightly different crowd from those who would go for a standard touring bike, and that's kind of interesting in of itself to observe. Personally, let's just say I am happy to live vicariously through others' bike camping adventures, while traveling light myself. But to the bike campers out there: What is your bicycle of choice, and do you see value in a bike that is optimised for camping?
Labels: bicycle industry Interbike racks Rivendell Velo Orange