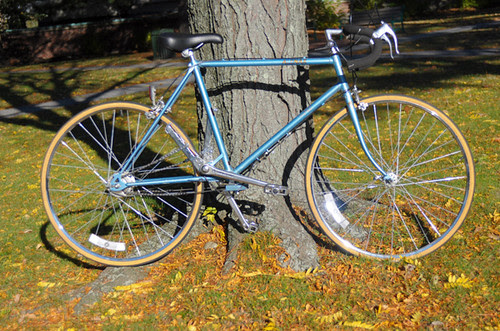 Looking for the perfect bike for that End of the World themed ride? I think I found it. Having seen so many crazy two-wheeled contraptions in the basements and garages of collectors over the years, I sometimes think that I've seen it all and that no bike can really surprise me anymore. And that's usually when I'll stumble upon something like this. Notice anything out of the ordinary? 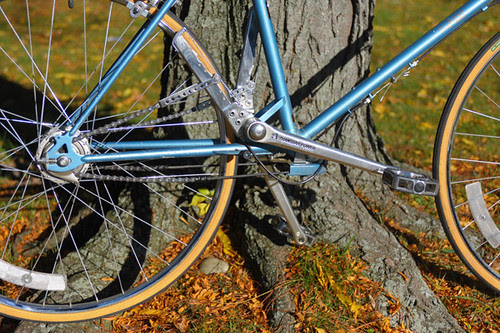 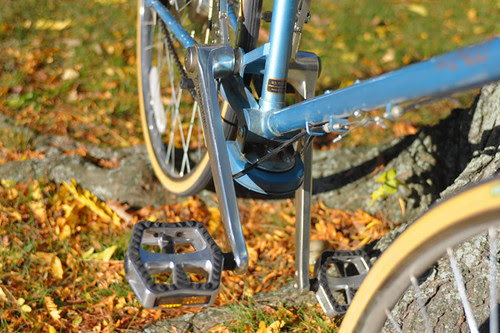 Meet the Alenax TRB 2400, the original Transbar Power bicycle. It was designed to be pedaled using up-and-down motions instead of circular motions. Presumably this was done to approximate the feel of walking, thereby making cycling feel more "natural." Here is a video of this in action. 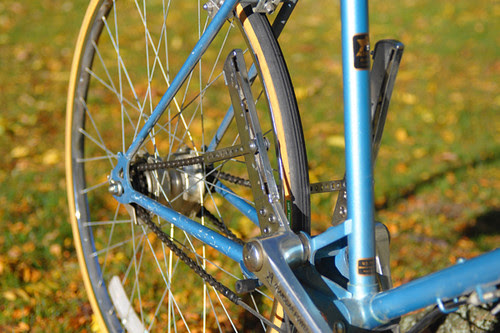 In leu of a crankset, the Alenax sports two pivoted "transbars." I won't pretend to understand how exactly the system works, but see this article by Jobst Brandt and the Alenax blog for additional descriptions. 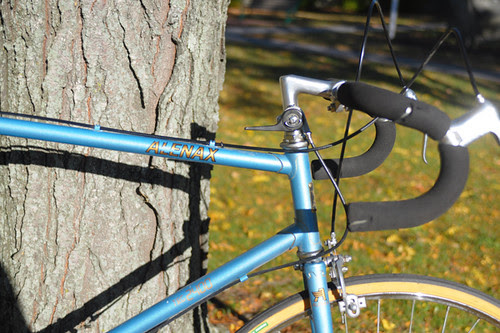 A stem-mounted shifter controls the gears 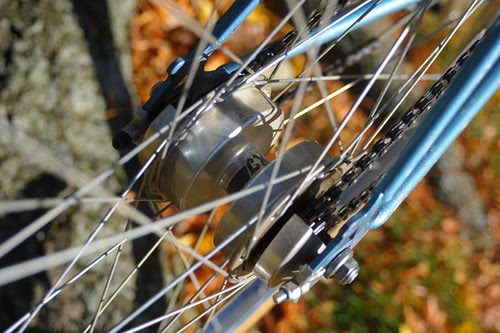 - on Alenax's own internally geared hub. 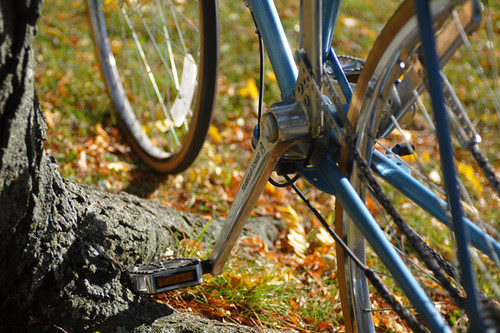 Abundance of cables and chains along the drivetrain. 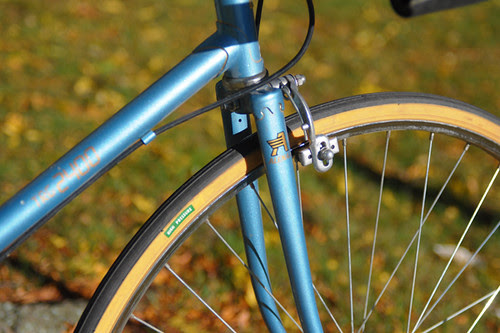 But aside from the pedaling system, the Alenax looks disconcertingly normal. Lugs, skinny tubes, shimmery paint, tan wall tires. It's basically just a typical '80s roadbike, retrofitted to accommodate the Transbar Power system. It is also a good 5lb heavier that a standard roadbike from that era. 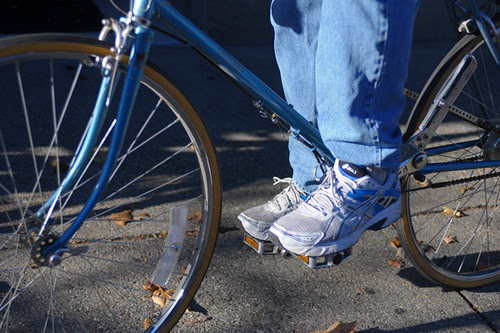 When Alenax came out with these bikes in 1983, they marketed aggressively, intending to revolutionise bicycle design. They attended all the bike shows, made promotional videos, courted distributors. But amazingly, the concept failed to catch on. By 1993 they threw in the towel, and all that's left today are the (apparently highly collectible) traces of their efforts. At some point more recently, it looks like there was an attempt to modernise and rebrand, but that too does not seem to have worked out. 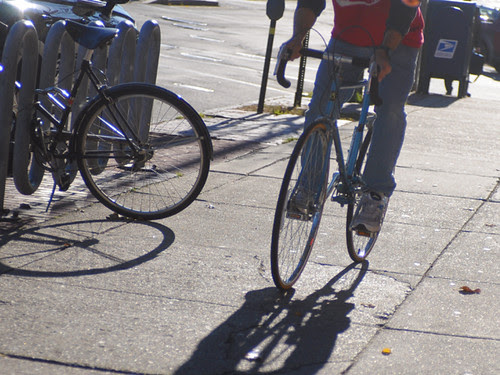 I am doing some freelance work for Harris Cyclery, and one of the perks is getting to see things like this. Jon Harris dragged the Alenax out of the shop's basement one day, then proceeded to ride it jauntily up and down the block. "It feels a little strange until you get it up to speed," he explained, "but after that it's fine!" The bike is too big for me to ride, so I cannot confirm that. But they do have a partially assembled step-through version in the basement...