Of Sand, Wood and Crossing State Lines: The Quest for a Curvy Fork 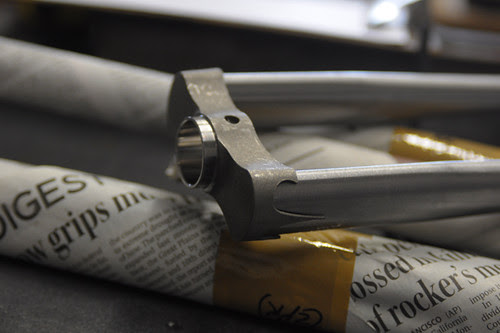 Because I like to keep things simple, the bicycle I am making is of course a low trail design. And low trail means a fork with a lot of rake. A very curvy fork, in other words. Not only did I want it to be curvy, but I wanted it to be that special kind of French-curvy where instead of a gradual "banana" bend, there is a dramatic flick toward the tips of the blades (like so). 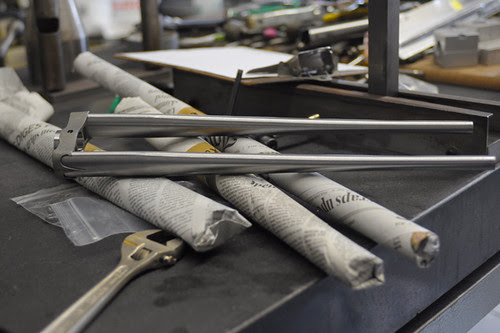 When you buy supplies for making a fork, what you get is two straight blades that are (hopefully) a bit longer than you need them to be, and a crown which those blades plug into. It is then up to you to rake the blades. The style of bend I wanted requires using blades that are designed to withstand such dramatic manipulation. I went with the Kaisei Toei blades, which were already familiar from other projects I've been involved in. 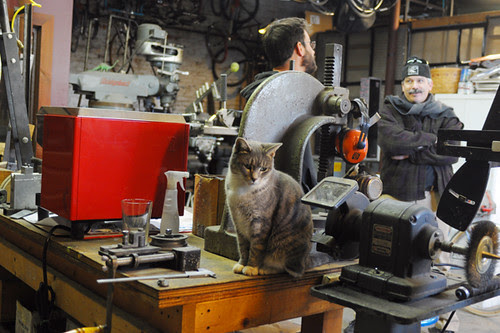 To get the fork blades bent as desired, we needed a special setup that was not locally available. So we payed a visit to Cirlce A Cycles in Providence RI, about 30 miles from Mike Flanigan's shop. They have a fork bender that was made specifically for the French-style bend and could produce the 73mm of rake I wanted. The furry receptionist granted us permission to use it. 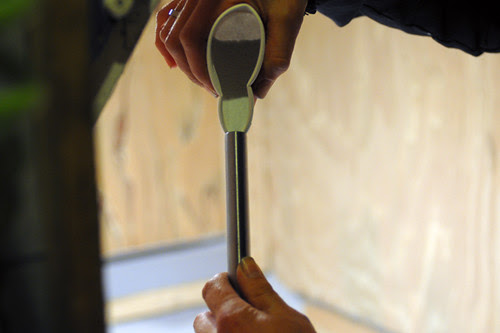 Since 73mm is a pretty dramatic amount of rake, Chris Bull suggested filling the fork blades with sand before bending. This would reduce the possibility of damage during the process. 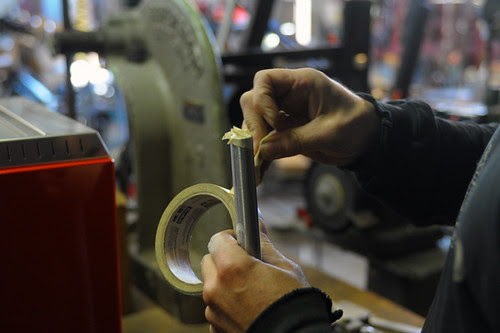 The blades were taped at both ends to contain the sand. 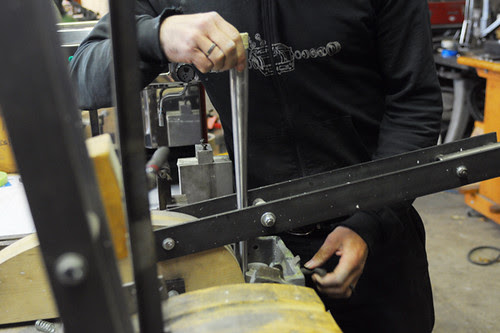 The fork bending press consists of a wooden block curved according to the French bend design (they have several of these presses, used for different styles of bends). There is a notch along the curve where the fork blade sits, held in place by a vise. 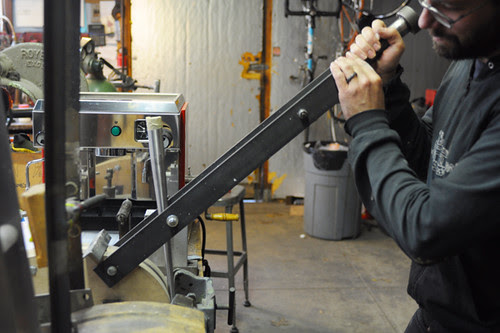 A giant lever is then pushed up, forcing the blade to adhere to the curvature of the wooden block. 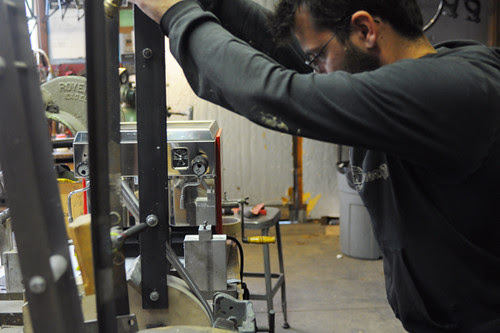 The further up you push, the more dramatic the bend. 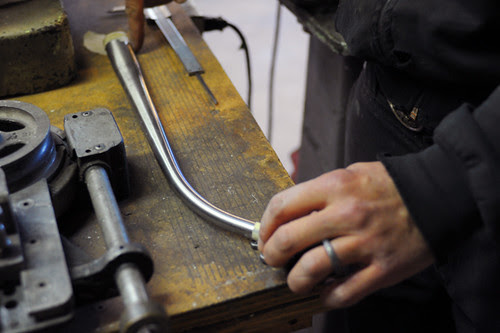 At first we did not have an idea of exactly when to stop, so Chris eyeballed it and stopped when he thought the rake was around 50mm. Confirming that this was correct and that the bend was forming properly, he then continued the process until we finally had the 73mm rake we wanted. 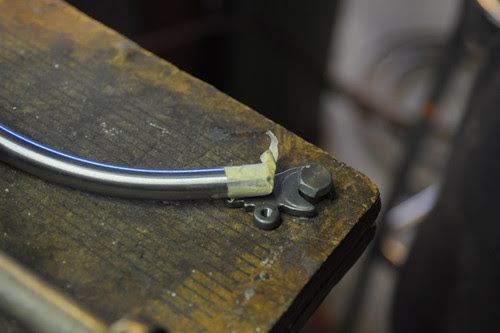 This is the dropout placement mockup. To determine the rake correctly, you need to know how and where the blade will be connected to the dropout. 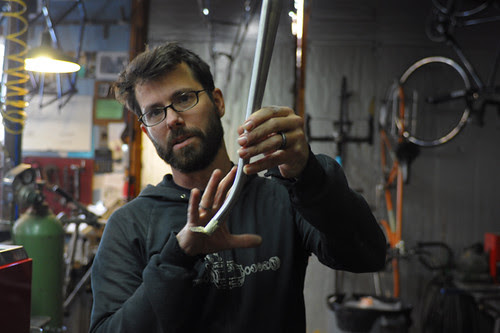 One thing that can go wrong during this process, is that the steel can get distorted. When this happens, you can see and feel a rippling on the inside of the bend. Thankfully this did not happen. 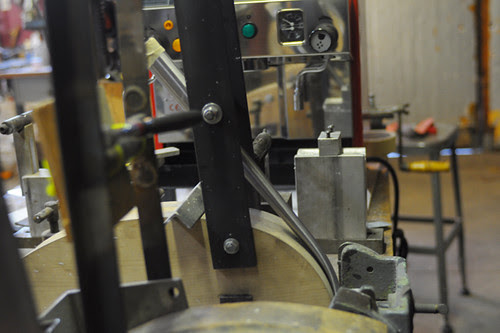 For the second blade we now knew exactly when to stop and had a marker in place. I did part of this bend myself and it was pretty cool to feel the blade give under the force of the lever. It is interesting that Circle A's setup makes you push the lever up rather than pull it down; I have never operated this kind of press before. 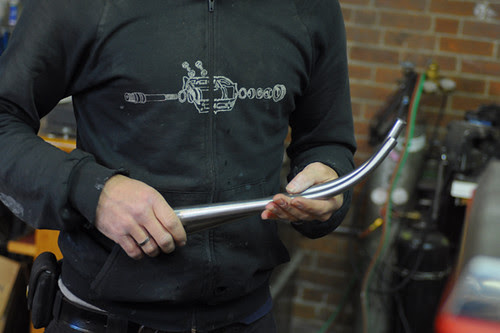 Thanks to Circle A, I now have two symmetrical, beautifully raked fork blades that are waiting to become a fork. All I have to do is braze it.
Labels: bike friends DIY framebuilding I'm building a frame