Echoes of Bikes Past: a Yamaguchi Mixte 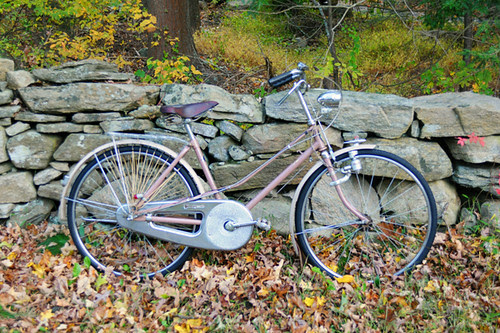 At a gathering of vintage bicycle enthusiasts last week, I spotted this unusual machine and made my way toward it through the sea of French constructeurs. "Aha!" said the owner, "I brought this one especially for you to look at." Yamaguchi Bicycles, Japan. Year, model, and history unknown. Not collectable. Not worth much. Not of interest to many. But what attracted me was its surprisingly elegant combination of design elements not usually seen on the same bike: a mixte frame, roadster geometry, 26" wheels, rod brakes, full chaincase. The colour - straddling the border between beige and mauve - reinforced the theme of blending. 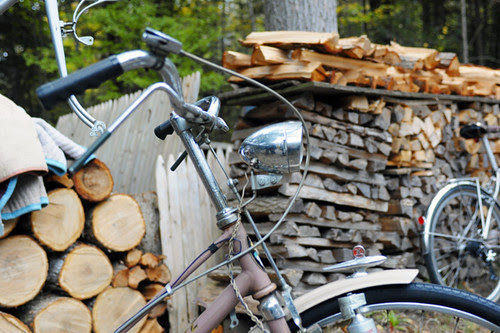 Despite its obscure pedigree, the Yamaguchi was a hit with the vintage collectors; there was just something about the way everything harmonised. It also "looked light" despite weighing over 50lb. 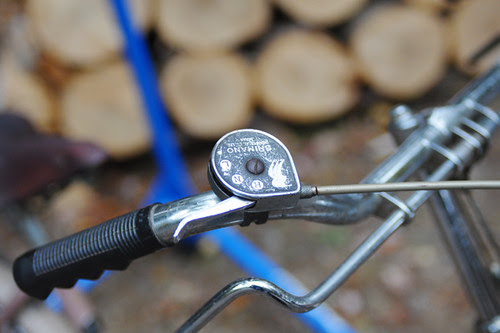 From a historical perspective, an interesting feature of the bike is the very early Shimano 3-speed trigger shifter. I have never seen one of these before, and could not find examples online allowing me to establish the date of manufacture. 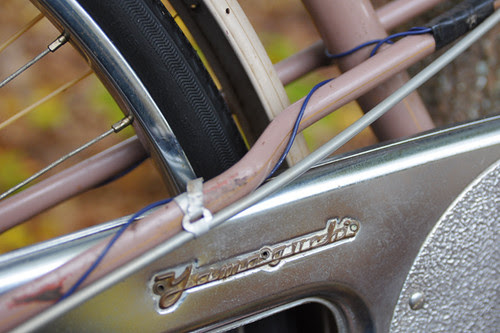 As far as frame construction, it is neat how they kinked the right lateral stay so that it would clear the massive chaincase, then routed the shifter cable and dynamo wiring along that stay. 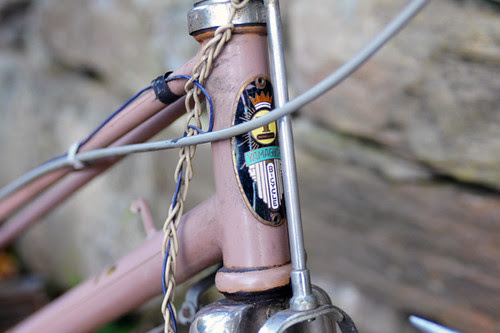 Another interesting thing is how thoroughly branded this bicycle is: Every part of the frame, many of the components, and even the bolts used sport the Yamaguchi name. 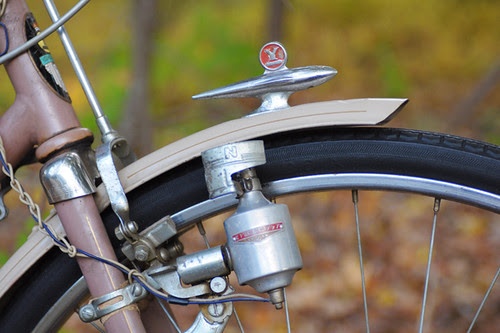 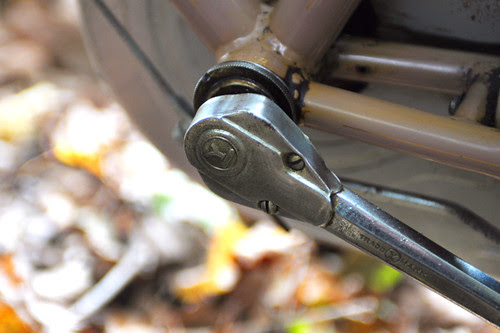 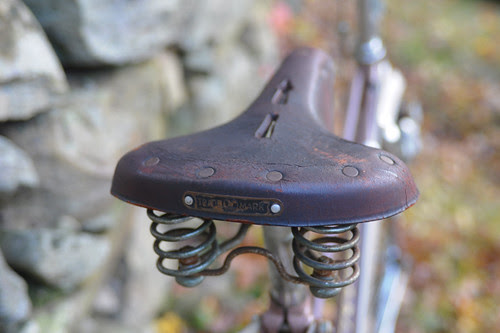 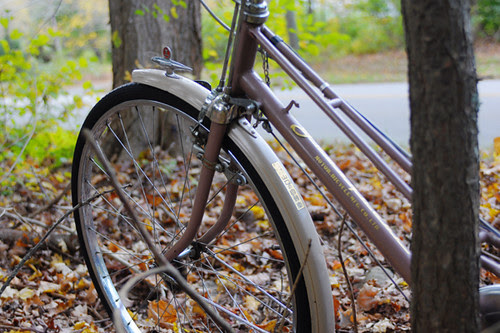 Noticing a decal that mentioned motorcycles, I incorporated that into my search and found mention of a company that went out of business in the late 1950s. This could be them. Later a reader posted a link to a Japanese blog showing some photos of Yamaguchi "Gold" roadsters, which is the only other significant mention of the brand I've encountered so far. 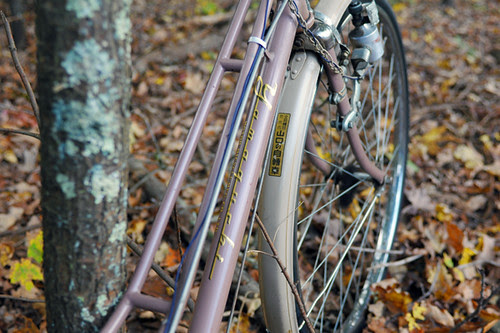 Over the decades, bicycle manufacturers all over the world have come and gone. Some of them have left a mark in history and others disappeared without a trace. The Yamaguchi roadster-mixte is in the latter category, which makes its elaborate branding and unusual design all the more intriguing. Did the manufacturer have plans for this bike to become popular, or was it merely a promotional item for their motorcycles? How many of these were produced? How did this one make its way to the US? These things we may never know. 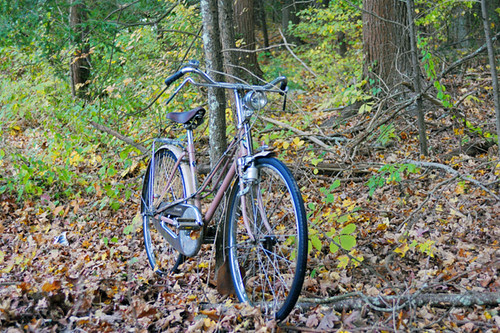 Recently a friend and I were talking about all the new bicycle brands popping up on the market today, and speculating which of them will last. History suggests that most will not. But maybe now - with all the forum chatter and other electronic traces of things - we will be left with more detailed records of the brands that disappear. Stories of failure are just as historically significant as stories of success, and it's a pity these stories tend to get lost. Trying to reconstruct them is one reason I like finding obscure vintage bikes.
Labels: mixte vintage