A Taste of the Radish 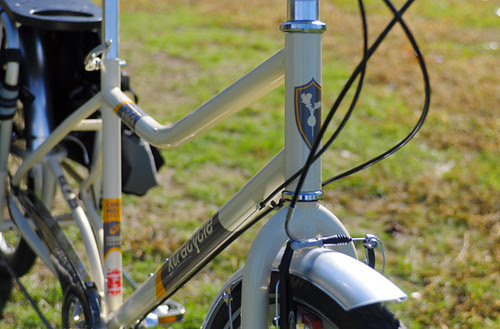 As anticipated after our meeting at Interbike, Xtracycle has sent over a demo model of their Radish long tail cargo bike for me to test ride. I will be picking it up from Harris Cyclery next week, and after trying it for the first time a few days ago, I have a feeling we will get on nicely. Pioneers of the long tail concept, Xtracycle makes two main categories of products: the Free Radical, which is an extender kit that can turn almost any standard bike into a long tail, and a line of integrated longtail bikes. The step-through Radish model has been around since 2010 and is available in multiple configurations. The Radish pictured here is the Classic - designed to carry "groceries, cargo of all shapes and sizes, and adult passengers." 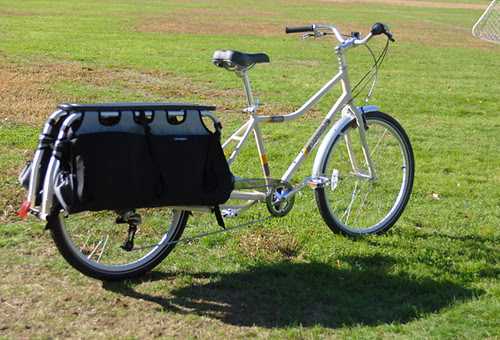 As the term "long-tail" suggests, the Radish sports an extended rear end: The back wheel is set back considerably, allowing space for a massive deck to extend along the chainstays. Other than that, the Radish looks like a fairly normal transportation bicycle: lowered stepover, swept-back handlebars, fenders, flat pedals and a chain guard. All it is missing is lights. Current retail prices for the Radish start at $1,220 for a complete bike, bags included. 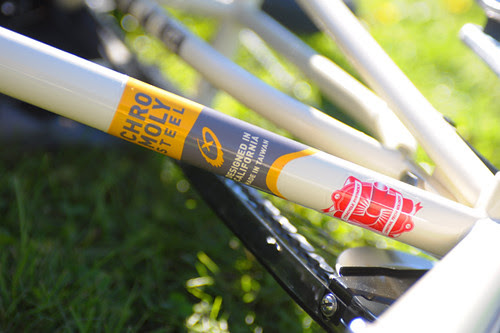 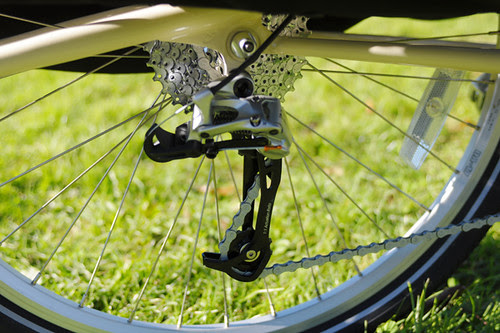 The 1x9 speed derailleur drivetrain is geared to provide a nice and useful range, including a low 1:1 gear. 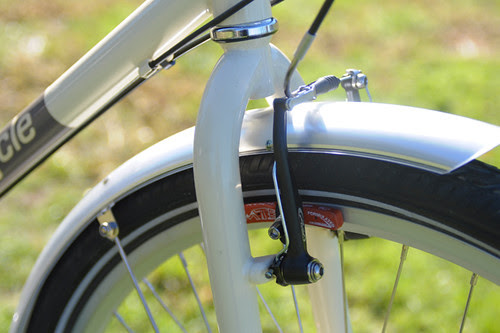 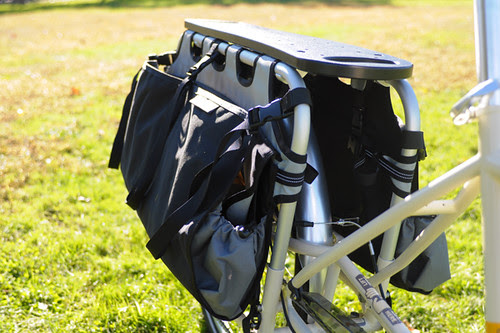 The cargo deck can serve as a carrying platform for large objects and passengers. It also integrates with XtraCycle's expandable FreeLoader bags, as well as with the optional WideLoader side platforms (not pictured). I am going to experiment while the bike is in my possession and see how well this system accommodates the sort of cargo I am likely to carry. 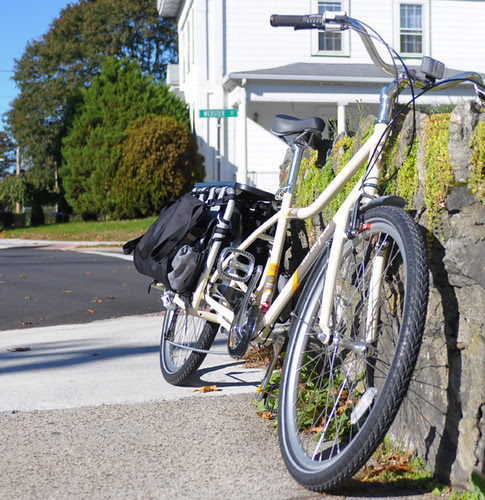 My initial ride on the Radish was modest. First I rode it completely unloaded, just to see how it would handle in that state. Then I added some photo equipment, my laptop bag, and an armload of random heavy-ish items from Harris Cyclery for extra weight. Here are my first impression notes based on the (4 mile) test ride:

. The unloaded Radish felt surprisingly light to pick up, something the shop staff noticed as well.

. The Radish handles like a normal, faster-than-average upright bike. There was no learning curve involved in riding it. I would wager that if you can ride an upright bike, you can handle the Radish.

. I could not feel the long-tailness of the bike, even when cornering.

. I could not sense a difference in handling or speed between the Radish unloaded vs lightly loaded. Apparently it will take a lot more than the equivalent of a week's worth of groceries, plus camera equipment, plus laptop bag, for me to feel anything back there.

. I like the quick and efficient feel of the derailleur drivetrain.

. The geometry makes full leg extension possible when pedaling, while still allowing me to put a toe down at stops without dismounting. 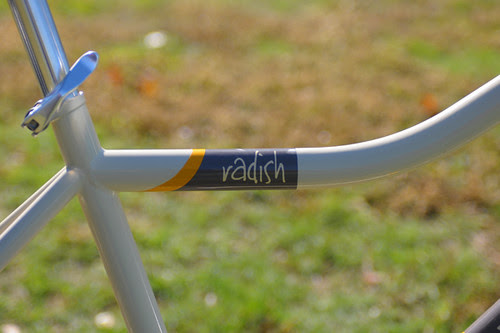 . The stepover is pretty low, but still requires leaning the bike toward me in order to step over the top tube. It is not quite as low as a full-on step-through or loop frame.

. The size of the Radish makes it impractical for me to store it indoors (we have a tiny place). I wonder how it will fare when stored outside.

. While my impulse is to say that if the Radish were mine, I'd want a box permanently affixed to the rear, I will give the standard setup a fair chance before jumping to conclusions.


. Aesthetically, I have to admit that I like the Radish a lot; it just looks so darn friendly and adorable.

All of this combined leaves me in eager anticipation of truly putting this bike through its paces and experimenting with various types of cargo. If you are local and interested in taking it for a spin, the Radish remains for a few more days at Harris Cyclery in West Newton, MA, and will return there after my review.
Labels: bicycle reviews cargo bikes test rides Xtracycle