Fruitlands: a Ride of Passage 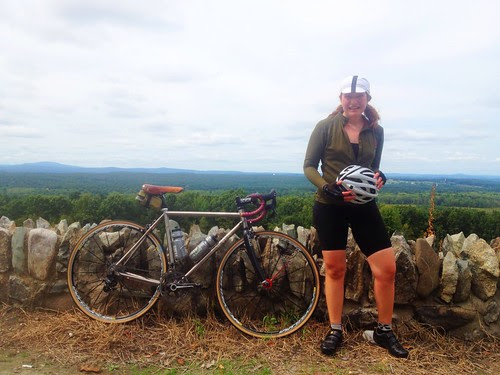 It was a remarkable day that I want to be sure to remember. Pamela must have sensed this before I did, because she offered to take a picture at the top. I didn't even know there would be an "at the top." I thought we were riding to yet another small town in the next county over. Nobody warned me it would be so beautiful. 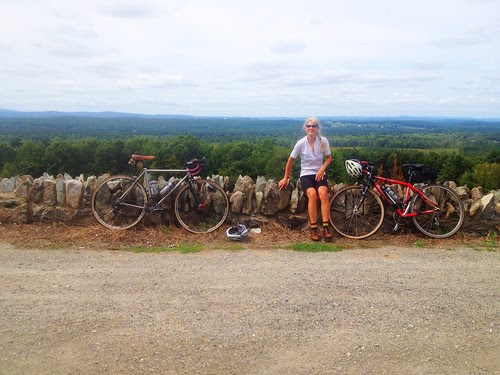 It seems like sooner or later, every roadcyclist in Greater Boston does the ride to Harvard. Not Harvard the university half a mile from my house, but Harvard the town in central Massachusetts. Depending on the club or event, these rides are called things like "Hammer to Harvard" or "Hills of Harvard" or "the Harvard 100K." There are several routes and all involve some climbing at the end. I guess it's a rite of passage of sorts. The ride reports I'd read tended to stress the distance, pace or climbing. But Pamela's attitude was nonchalant. "I'm going to try out a new lunch spot in Harvard on Thursday, would you like to join me?" She was essentially just inviting me for a bite to eat. Well, why not. A girl's got to eat. 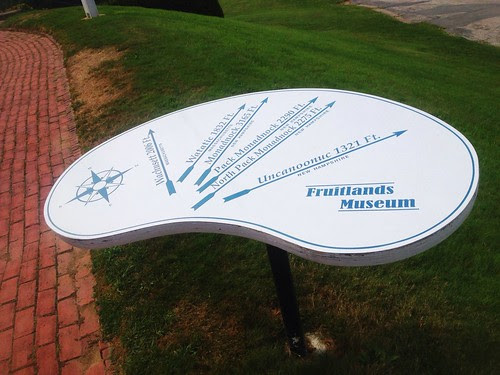 So here is the straight dope about the Harvard ride from a cyclist of my meager abilities: Forget milage, speed, climbing. Just forget that stuff for a second. What you need to know about this ride is that it is a gorgeous destination. You will be stunned. You will be grateful. Take one of the harder routes, take one of the easier routes, hammer, meander, ride however you like. But know that the destination is worth it. And for the love of the universe, don't stop at the Harvard General Store and turn around - you will only be cheating yourself out of a breathtaking view. Continue to Fruitlands, which is the true destination. Adjacent to the former utopian agrarian commune (now a museum) is a scenic overlook with a view of every mountain in proximity. That's six mountains! 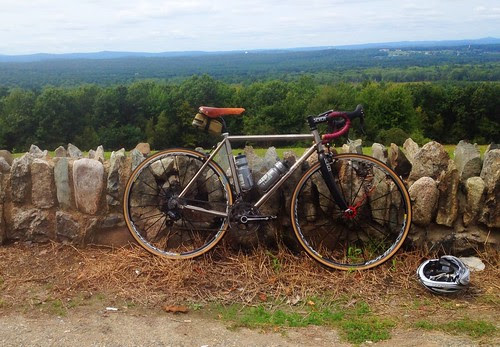 As we lunched at the surprisingly fancy Fruitlands Cafe (patio seating with a view, pretty silverware, reasonable prices) I was almost too stunned to make conversation. Pinch me, was I dreaming? Why did nobody tell me what a glorious place this was? The land, densely forested, spread out in front of us in shades of blues and greens. There was Mt. Wachusett, a flat-top stodgy thing. And there was the Monadnock range in New Hampshire, hazy and delicate. They all seemed so close, so inviting. The special thing about this destination, I realised, is that it inspires to ride further. It turned out to be an 80 mile day for me, a distance I'd never before done so casually. And though we rode home after lunch, one day I'd like to keep going - toward and across those other mountains.
Labels: bike friends Pamela ride reports roadcycling