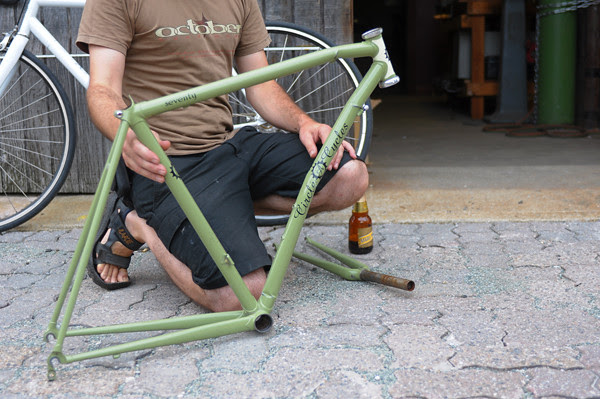 At the D2R2 last weekend I met a cyclist who was riding a hastily assembled spare bike, after breaking the fork on his custom randonneur just before the event. Riding off road, he'd hit a log at full speed and the fork cracked from the impact, right at the Grand Bois crown. However, the frame and front wheel appear undamaged. 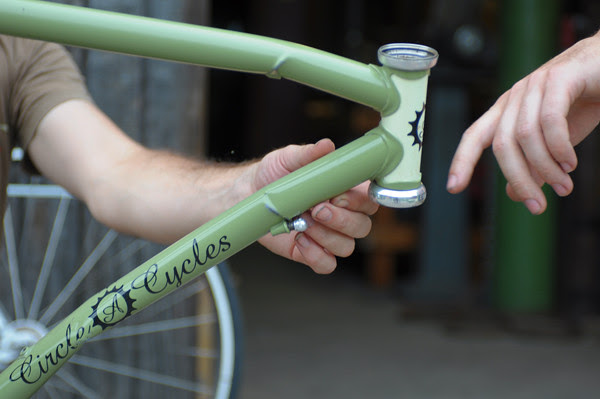 His experience reminded me of a conversation about fork vs frame strength the guys at Circle A Cycles were having when I visited them a week earlier. They brought out an older racing frameset that had suffered a similar impact as the D2R2 rider's bike. However, in this case the fork was fine while the front triangle of the frame had buckled from the impact. 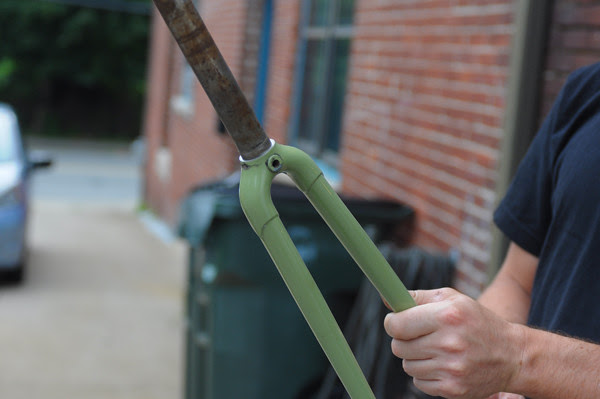 Apparently, when a particular stye of Cinelli sloping fork crown came out in the 1980s with its corresponding straight, short fork blades, some framebuilders complained that the resulting forks were too strong - causing frames to suffer damage on impact. A less rigid fork would be able to absorb the impact and save the frame. And it is easier to make a new fork than a new frame. 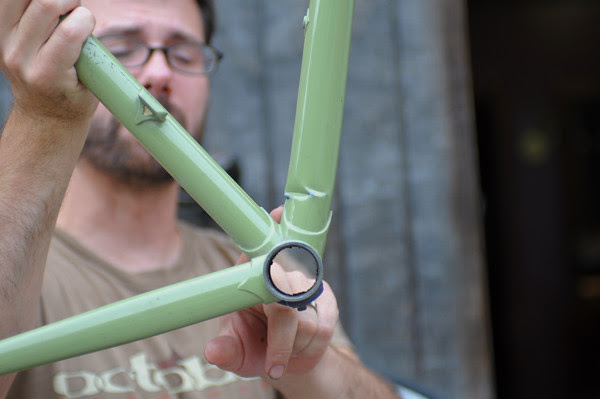 I just thought all of this was interesting, because the relative strength of the frame vs fork is something that even framebuilders don't always think about. But these dynamics are worth considering. A super-lightweigth steel frame paired with a super-rigid, strong fork may not necessarily be a great idea. The Circle A customer will be getting their frame rebuilt around the intact rear triangle. The D2R2 rider will most likely be getting a new fork made. I am curious and will follow up on both framesets.
Labels: framebuilding