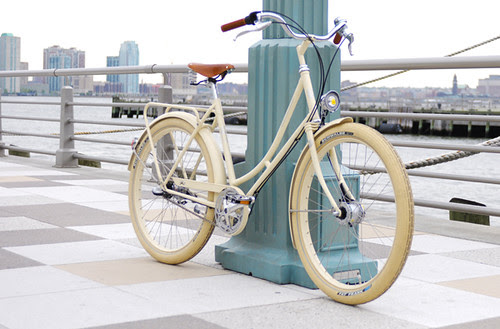 On a recent trip to New York City, I test rode a Retrovelo Klara, courtesy of Adeline Adeline. There are already test ride reports of other Retrovelo models posted here, but the last time I rode one was two years ago and I wanted to see how my impressions of the bike might have changed since. Also, while the Retrovelo I rode previously was the 7-speed Paula, I was curious how the 3-speed Klara would feel in comparison. Finally, my previous Retrovelo test rides took place in Austria and I wanted to compare how the bike handled in a North American city. 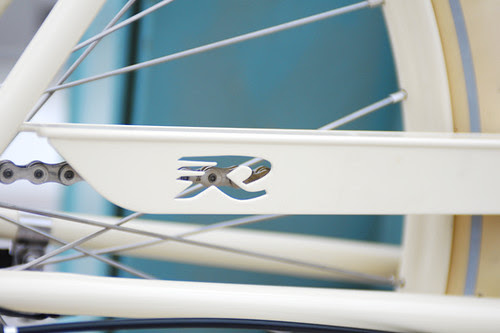 Founded in 2003, Retrovelo is a German manufacturer based in the town of Leipzig. True to the company's name, their classic line of lugged, balloon-tire city bikes in muted colours looks almost overwhelmingly nostalgic. But the "retro" reference is more nuanced than what meets the eye: Behind the facade of an elegant European city bicycle, the Retrovelo is actually a remake of an early mountain bike design. I have described an entire category of such bicycles in an earlier post about city bikes with mountain bike heritage. 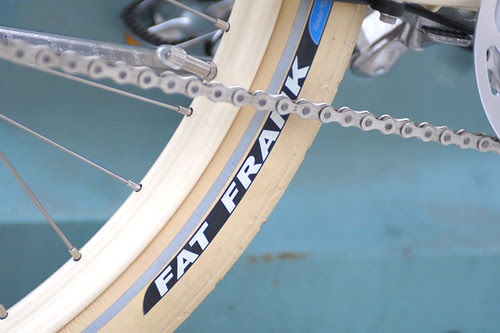 An interesting fact about Retrovelo, is that they were the first company to use the now very popular Schwalbe Fat Frank tires. In fact these were originally made for Retrovelo and named after its designer Frank Patitz. What made the Fat Franks special when they appeared on the market, is that they have the look and cushiness of vintage balloon tires but are impressively fast rolling - making them ideal for navigating pothole ridden city streets and unpaved trails alike. 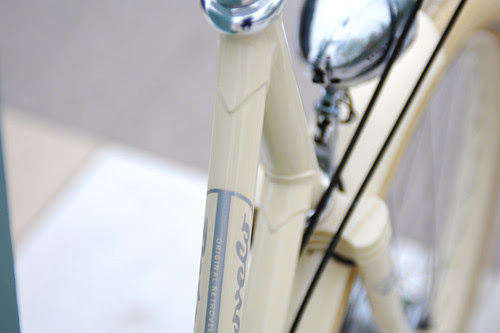 The frame is cro-moly steel, hand-built in Taiwan and finished and assembled in Leipzig (The very first batches of Retrovelo bikes were made in Germany from scratch, but production has since been reorganised). 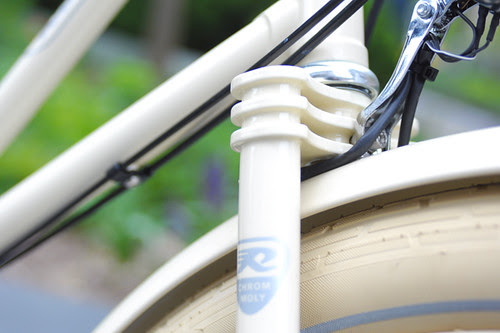 Fully lugged, the most fetish-worthy aspect of the frame's construction is the triple-plate fork crown. 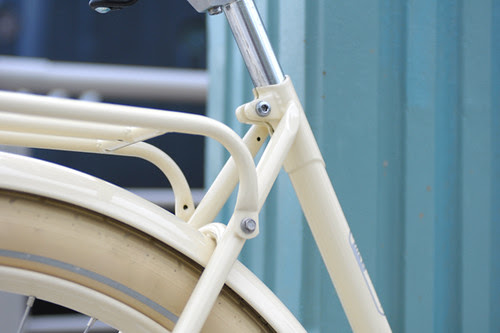 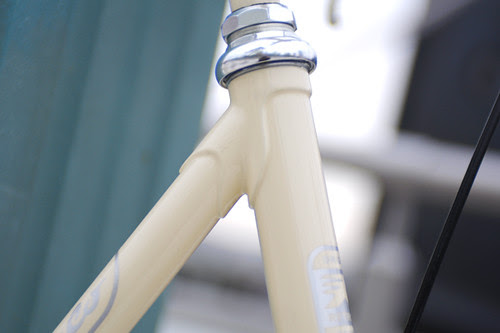 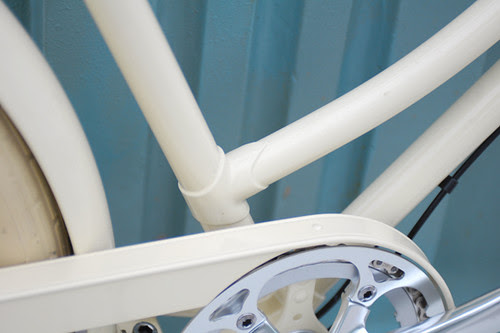 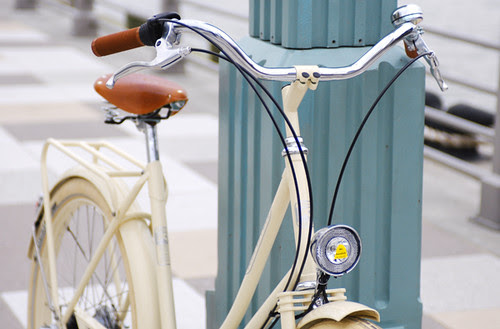 The stem and rear rack are custom made for the bike and powdercoated body colour, as are the chainguard and fenders. 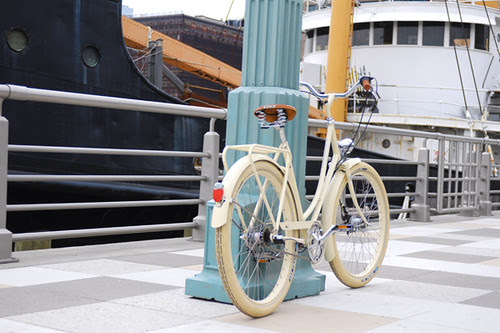 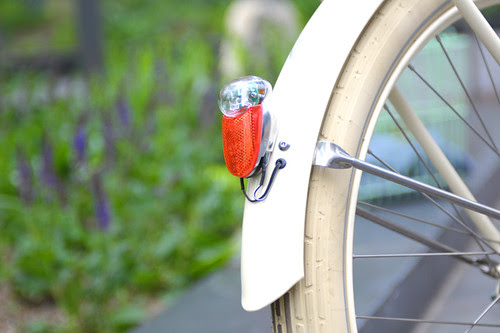 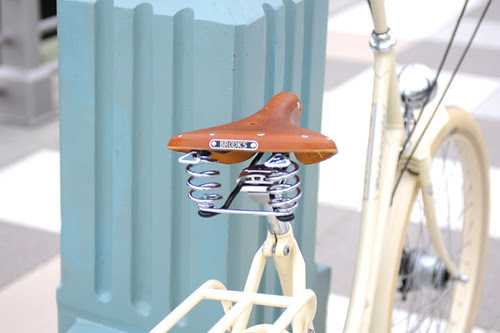 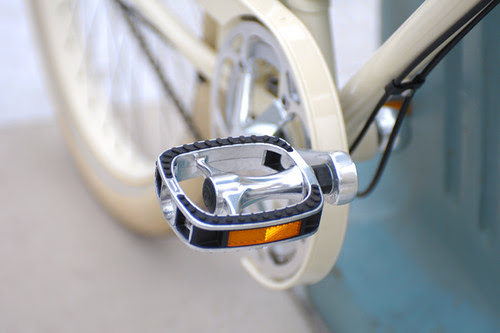 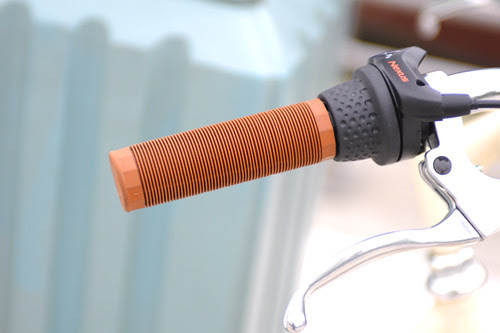 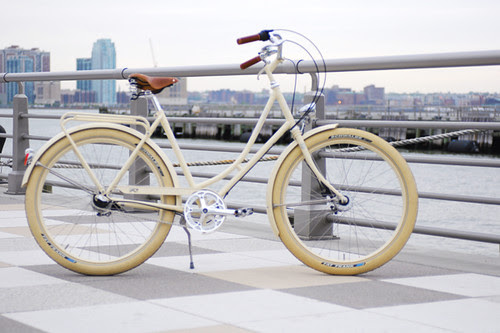 As a complete package, the Retrovelo Klara comes together nicely, equipped with everything necessary for transportation, other than a full chaincase and dressguards. The men's equivalent of this model is named Klaus and is basically the same except a diamond frame. The Paula and Paul models are the same as well, only built up with either a 7 or 8-speed hub instead of the 3-speed. The weight of the Klara model is listed as 38.5lb. It is available in size 52cm only and in a number of colour options. You can view all the stock colours here. The bike I test rode is ivory. 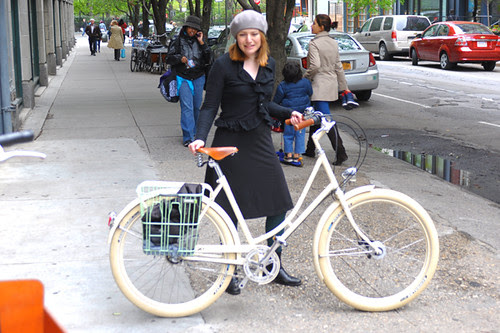 I rode the Retrovelo Klara around lower Manhattan for a total of about 5 miles. This was my first time cycling in New York City. I started out on the quiet side street where Adeline Adeline is located, then rode along the West Side Highway bicycle path for a while, then got off the path and explored the streets, making my way back to the bike shop. Probably half of my route involved riding with traffic on streets that either had no bike lane, or had the bike lane obstructed by so many vehicles that I took the car lane anyway.

Riding in a new city - and especially a city as hectic as NYC - I would not feel comfortable doing this on just any bike, but the Retrovelo's handling is confidence-inspiring. The front end is exceptionally stable: No twitchiness when starting from a stop or getting up to speed. The bicycle goes where you point it and insists on staying upright. 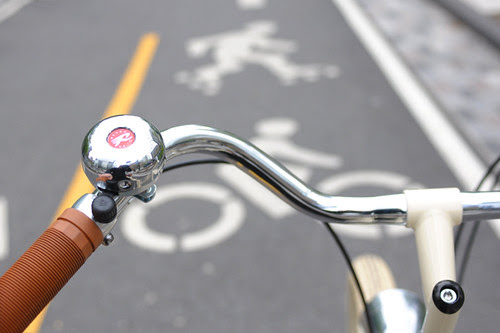 I would describe the Retrovelo as an intuitive bike that does not require getting used to the way a Dutch bike, or a low-trail bike, or an aggressive roadish bike might. To the typical person of my generation who grew up in North America, I think "mountain bike-ish" handling generally feels pretty intuitive: Many of us rode mountain bikes as teenagers and it's what we are used to. While I was a terrible cyclist back then, I nonetheless used my beater mountain bike to get around and probably on some level that type of handling is still engrained into my procedural memory. Of course the Retrovelo is considerably faster and more responsive than my old mountain bike ever was, as well as far more beautiful. Win/win.

Comparing the Retrovelo Klara to other bikes I have ridden in its class, I would say the handling is most similar to the Scottish Paper Bike and the Swedish Pilen. For me the Retrovelo handles considerably faster than the Pilen but a bit slower than the Paper Bike, while behaving similarly to both as far as balance and maneuverability. 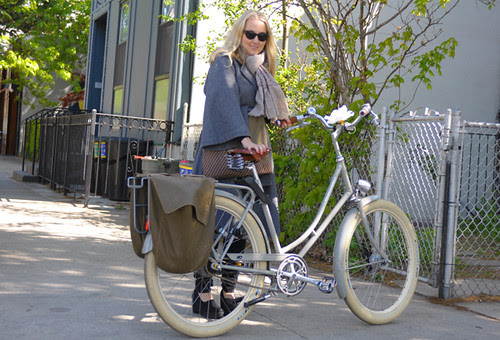 As far as load capacity, the bike is equipped to carry considerable weight in front and rear, including children. Retrovelo owner K., whom I met in NYC, routinely rides with her toddler and a full load of groceries and finds it quite comfortable. She has had her stone gray Retrovelo for a couple of years now and loves it. My friend in Vienna has had her pigeon blue one for about two years as well. Retrovelo owners generally tend to have good things to say about these bikes.

As far as drawbacks, the Klara and Paula models are only available in one size - which happens to fit me perfectly but will not be suitable for everyone. At just under 40 lb, the bike is on the heavy side and could be challenging to deal with for those who plan to store it in a walk-up apartment. The missing dressguards and the lack of a full chaincase could be a deal-breaker for those who require these accessories. And some (myself included) would prefer narrower handlebars, though these can be swapped out. 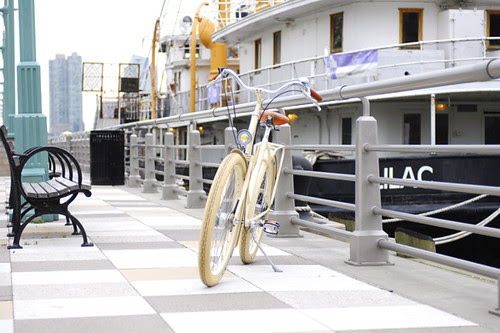 Having ridden the Retrovelo around hectic NYC, my impression of the bike did not differ significantly from what it had been riding it through the Austrian countryside. Two additional years of cycling experience did not alter my impressions much either. I believe the stable handling makes the Retrovelo a good choice for beginners. The responsiveness and mountain-bikeyness make it a cool ride for more experienced cyclists. The beautiful construction makes it appealing to the vintage lovers and lugwork fetishists among us. For city riding, I felt that the 3-speed model was definitely sufficient, though others might opt for the 7/8-speed. The current retail price for a fully equipped Retrovelo Klara is $1,450 USD.

While personally I still prefer my cruddy vintage 3-speeds to anything modern I have tried in the same genre so far, when it comes to currently produced city bicycles the Retrovelo is firmly among my favourites. Many thanks to Adeline Adeline for the test ride.
Labels: bicycle reviews test rides