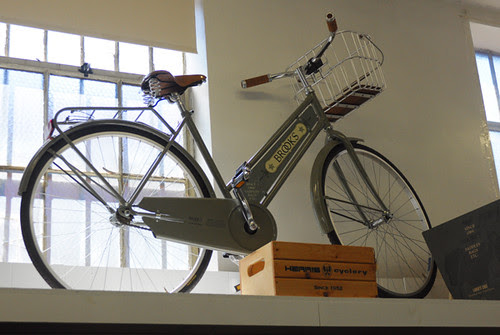 Has anyone else noticed that mystery bike Brooks of England uses to display their wares? You know the one - It's army green and you can see glimpses of it in their catalogues and advertisements, though never enough to identify what the bike is? Turns out, Harris Cyclery now has one of these up on display. Last time I was there, they were kind enough to get it down and even let me drag it outside for some photos - extracting a promise that I wouldn't attempt to ride it. 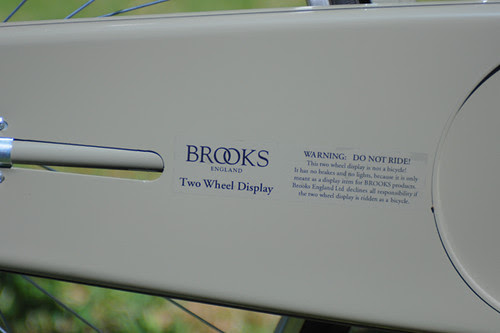 Because you see, it is not a bicycle. It is a two wheel display ("Warning: Do not ride!") What makes it unridable is mainly the lack of brakes, though I suppose there might be other issues. It felt very bike-like to roll. 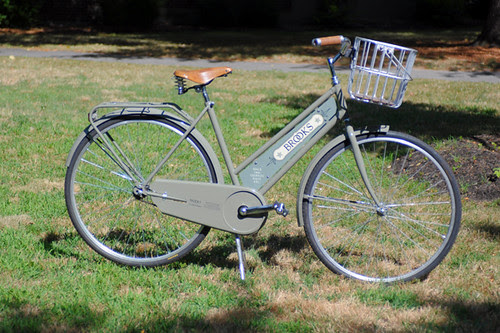 Usually this bicycle is laden with panniers and stuff in the basket, so being able to examine it bare was quite a treat. It is an odd bike with no manufacturer markings I could find. Lugged steel frame with unicrown fork. Same colour of powdercoat as the Bella Ciao I used to have. Step-through frame, the top tube at a slightly shallower angle that the downtube. Fenders, rack and chaincase powdercoated to match. And of course Brooks saddle, grips and basket. 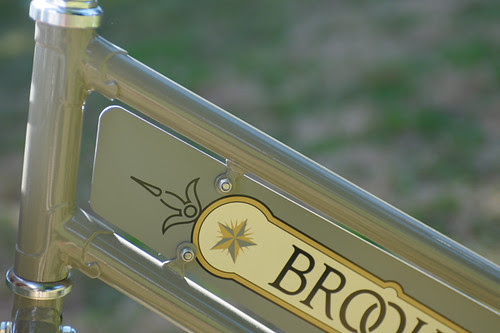 The Brooks advertising panel is painted on a thin sheet of metal and affixed between the top and down tubes. Notice that the clips holding the banner in place are part of the frame. The head lugs are unusually filigree-esque for a transport bike, but there is nothing fancy about the frame otherwise. 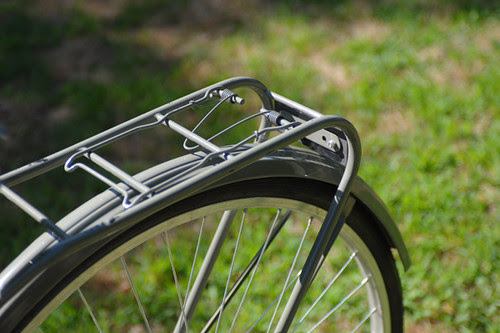 The rear rack resembles the rack on the Bobbin Birdie. 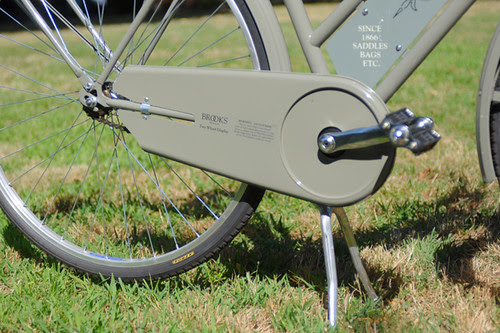 The chaincase looks identical to those used by Abici. 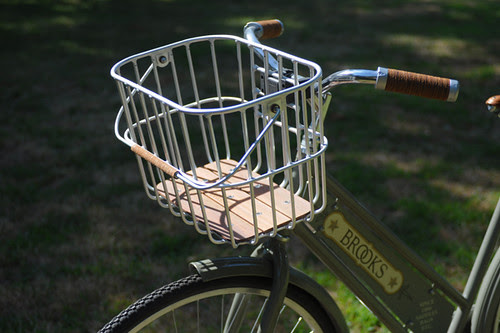 The wire and wood Hoxton basket affixes to the handlebars via a quick-release system. 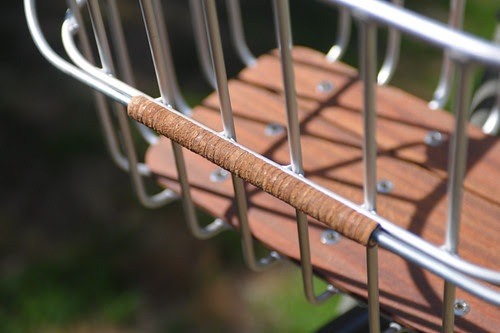 The leather washers on the handle are a nice touch. 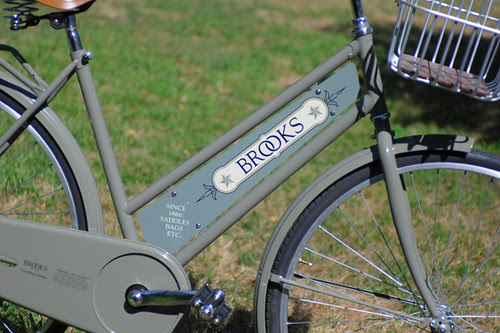 The obvious benefit of the Brooks "Two Wheel Display" is that it allows them to demonstrate their products on an actual bike, without associating themselves with any particular bicycle manufacturer. I do wish the bike was ridable though. In general, it would be neat if bikes with advertising panels came back into style: Local shops could use them for errands, advertising their business along the way. I still don't know what exactly the Brooks bike is, when it appeared, how many of them are out there, etc. - but it was fun to examine it up close.
Labels: Brooks