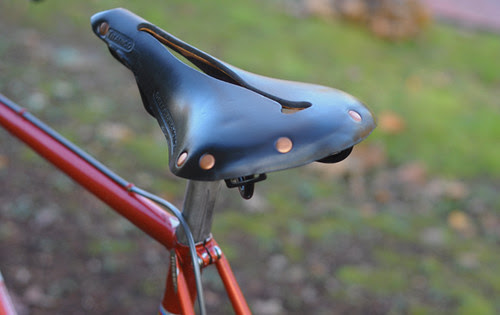 I've been curious about the different styles of rear brake cable routing along top tubes. If you look at vintage roadbikes and some currently produced classic bikes, they tend to have three guides along the top, with the brake cable passing through them enclosed in housing. 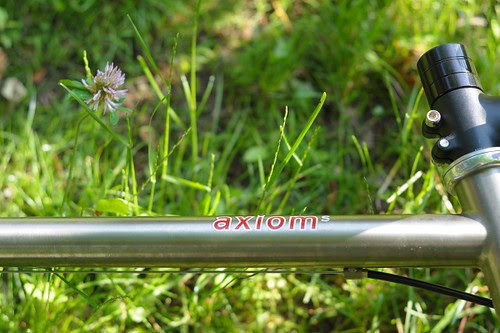 On the other hand, modern bikes tend to have two stop guides underneath the top tube, with the exposed inner cable stretched between them. 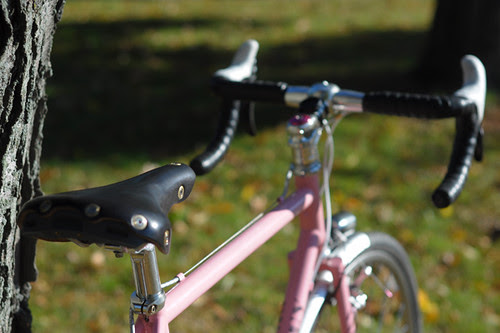 There are variations to this, such as routing the two stop guides along the side of the top tube, as well as possibly along the top. There is also internal routing and a variety of methods for bikes without top tubes, but that is a separate story. The three through-guides along the top vs the two stop-guides (usually) along the bottom seem to be the dominant methods as far as I can tell. 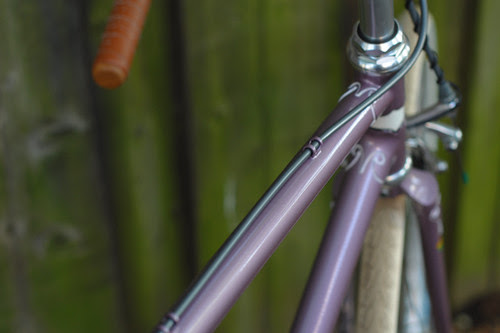 From a purely tactile standpoint, my own preference is the top routing. I don't like feeling the exposed brake cable along the bottom when I pick up the bike by the top tube. And when it's routed along the side I can sometimes feel it with my leg, or my clothing catches on one of the stop guides. Some say they prefer the vintage style because the brake cable is safer from the elements when enclosed in housing. Others explain that the two stop-guides method improves rear braking and saves weight - while others still argue that the differences are not significant enough to be of real advantage. I've also heard horror stories about people's genitals getting torn on the cable guides along the top, which is supposedly why this style is no longer the norm. I have no idea how legitimate any of these reasons are. Is there is an official explanation of the advantages of one style over another? Which do you prefer?
Labels: diamond frame framebuilding