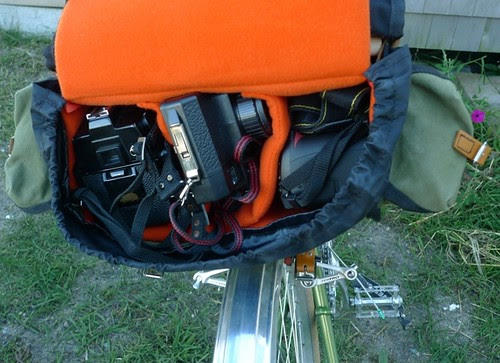 For the past two years, I have been using either my Carradice Barley or Zimbale 7L saddlebags, with the padded Zimbale insert shown here, as camera bags. This setup is convenient, secure and fits up to three full sized (SLR or medium format) cameras. The side pockets are great for storing film, a flash unit or other accessories.

But I am also ever on the lookout for a much smaller bag that will accommodate a single camera equally well without the extra bulk. The ideal bag for this would be just large enough to swallow a DSLR with a zoom lens attached, but no larger - so that it's tucked in behind the saddle without the sides sticking out. It would be fantastic if the bag had a padded insert, but not a dealbreaker if it does not; I can make my own. Finally, I would like for the bag to have the look and feel of a classic saddlebag: earth-tone canvas, that sort of thing. 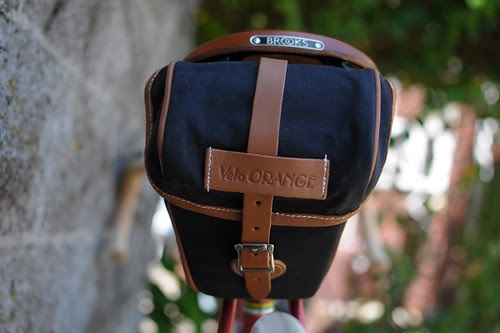 A bag such at the Velo Orange Croissant, or the Berthoud it is based on, would be perfect for the job if just a tad larger. Unfortunately they do not quite fit my camera comfortably. It looks like the similarly shaped Acorn and Zimbale bags are slightly bigger, but I am not certain they are sufficient either. 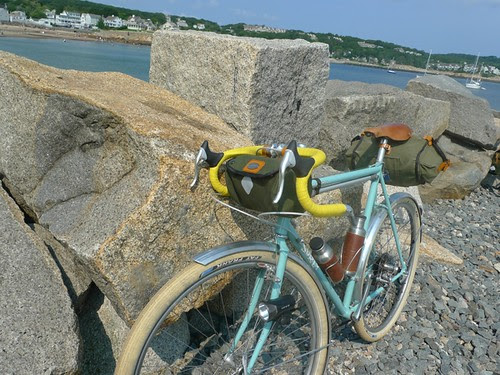 After seeing the dimensions of the Carradice Zipped Roll, I thought that it would be large enough. But while the bag is large enough in itself, the opening is quite narrow and I cannot get my camera through. The Zipped Roll has now become the Co-Habitant's handlebar bag. 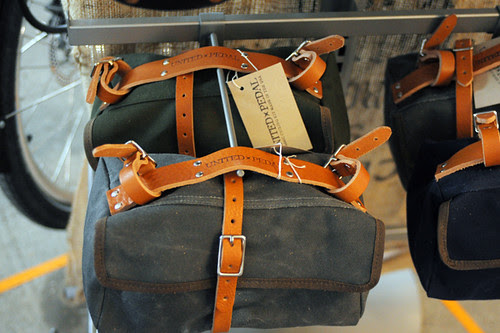 This United Pedal saddlebag I spotted at the New Amsterdam bike show had the same issue - the bag itself being the perfect size, but the opening too small to fit a full-sized camera through.

It occurs to me that a traditional Roadster saddlebag design could work as well - only made of lighter fabric, so as to make sense on a roadbike.

In this era of small-scale bicycle bag manufacturers, I think it would be a great idea for someone to design the perfect single-camera saddlebag. So many cyclists are also photographers and would love to carry an SLR on their roadbikes without having to mount an expedition-sized saddlebag every time.

If you carry a full sized camera in your saddlebag, what is your setup?
Labels: bags photography